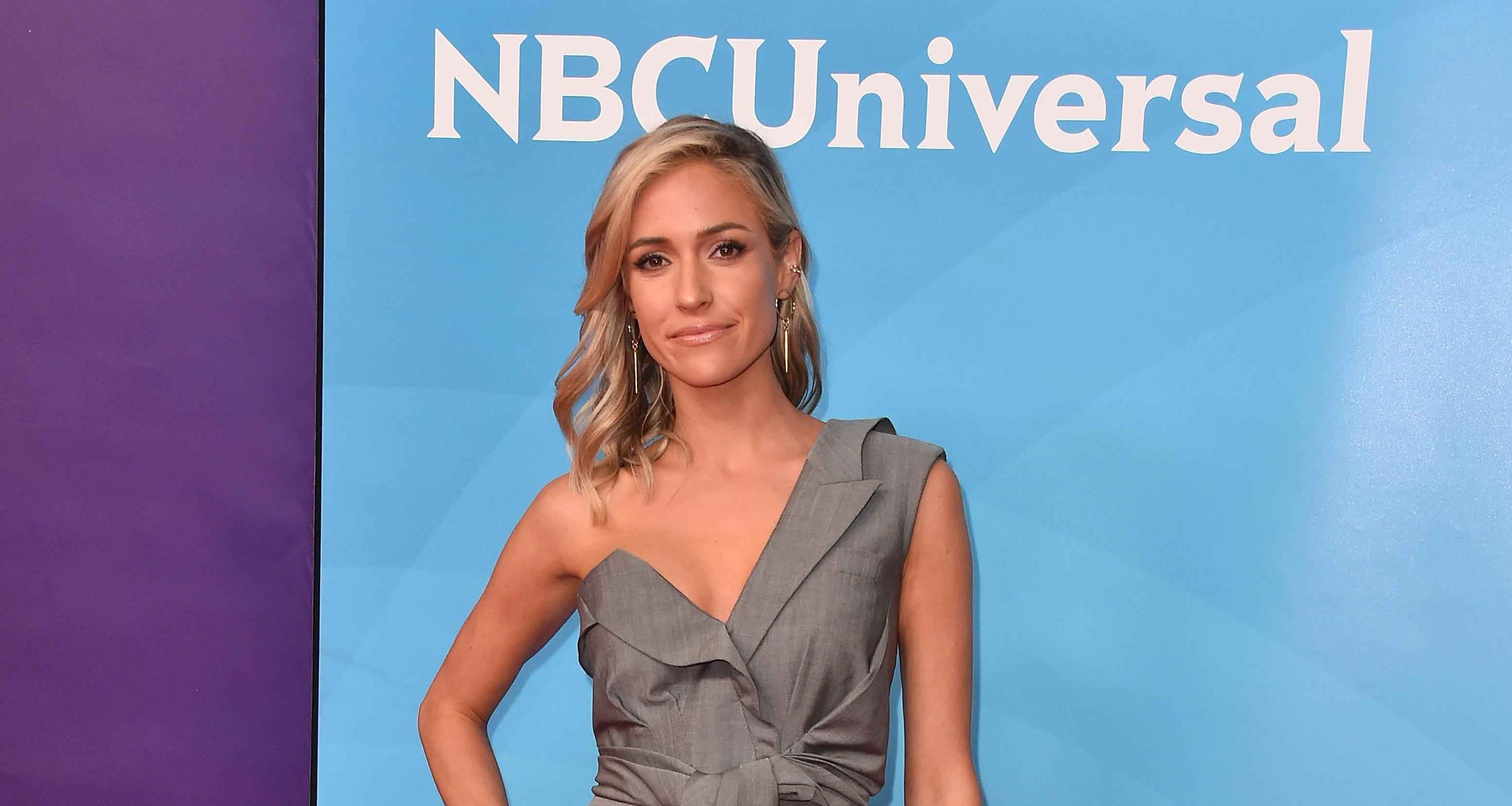 Kristin Cavallari is no longer that fresh-faced teen with villainous tendencies we once saw on Laguna Beach. The reality star is now an actress and businesswoman with an estimated net worth of $3.5 million in 2018. Combined with her husband, NFL-pro Jay Cutler’s earnings, the couple is worth an estimated $53.5 million!

They’ve set up home in Nashville, Tennessee, where Kristin opened the flagship store of her lifestyle brand, Uncommon James. The new E! reality series, Very Cavallari follows Kristin along with her family and friends, as they work to expand Uncommon James. With the budding business already looking like a success, Kristin Cavallari’s net worth in 2018 is sure to grow!

She Got Her Start on Laguna Beach

From there, Kristin scored a spot in the Laguna Beach spin-off called The Hills, alongside rival and franchise star Lauren Conrad. She signed on to appear on at least two more seasons of the show, but MTV canceled the show in 2010.

Additionally, when Kristin and her co-stars attended events, they were paid anywhere between $20,000 to $25,000 per appearance. 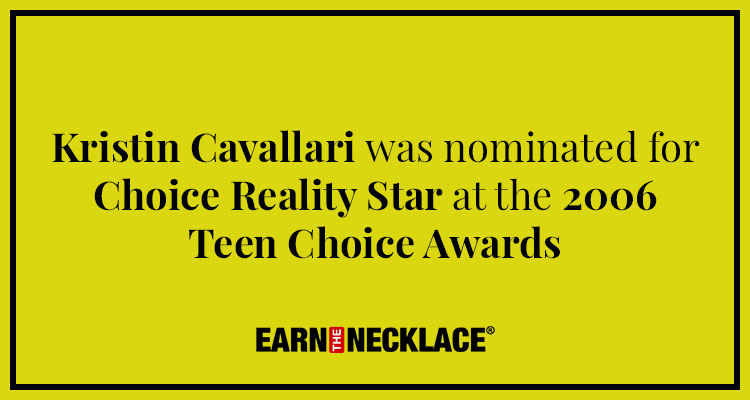 Kristin’s former co-stars all agreed that she was made for reality TV. She was even nominated for a TV Choice Reality Star (Female) Award at the 2006 Teen Choice Awards for Laguna Beach: The Real Orange County, and again in 2010 for The Hills.

After the Laguna Beach franchise ended, she was cast in Dancing with the Stars season 13, where she was the third to be eliminated.

Her UPN reality series, Get This Party Started lasted only two episodes. But Kristin has recently made her reality TV comeback with Very Cavallari on E! The show is already getting rave reviews.

Kristin’s later reality ventures didn’t prove very successful. However, she has been able to diversify her resume.

She moved to Los Angeles to try her hand at acting, making her debut in an episode of Veronica Mars.

The 31-year-old has also had guest appearances on CSI: NY, Cane, and Adventures in Hollyhood. Her first leading role was in the 2006 horror flick, Fingerprints, alongside Josh Henderson.

Kristin played a supporting character in Spring Breakdown starring Amy Poehler, which was a straight-to-DVD release.

She also did a handful of indie movies, but none of her acting gigs received critical appreciation.

She Built Her Business Empire

Like most reality stars, Kristin has used her fame as a platform for her numerous business ventures. She started with the launch of her capsule shoe collection with the footwear brand, Chinese Laundry. 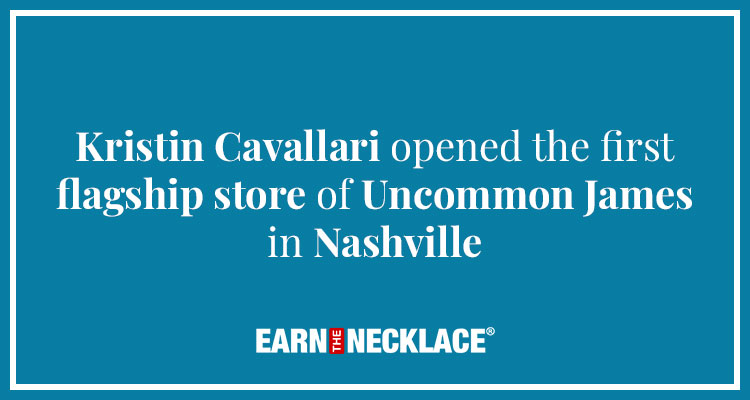 Most recently, she’s spearheading her own jewelry and lifestyle brand, Uncommon James. She opened the first flagship store in Nashville, Tennessee and enlisted a crew of very good-looking people to grow the business.

Kristin, along with her husband, Jay Cutler, and the crew of Uncommon James star in Very Cavallari. The new reality series, which Kristin executive produces herself, chronicles the expansion of Uncommon James under the mompreneur’s lead.

Kristin followed in the footsteps of Lauren Conrad to publish her own books. Her book, Balancing in Heels: My Journey to Health, Happiness, and Making It All Work, was a bestseller, possibly because she dished on the truth about her love-hate relationship with Lauren in it.

Her cookbook, True Roots: A Mindful Kitchen with More Than 100 Recipes Free of Gluten, Dairy, and Refined Sugar, included more than just gluten and dairy-free recipes. The book contained fashion and lifestyle advice, too.

From Reality Star to NFL WAG

Cavallari has outgrown the MTV relationship drama and is now happily married to famous NFLer, Jay Cutler. They began dating in 2010 and were engaged the following year. 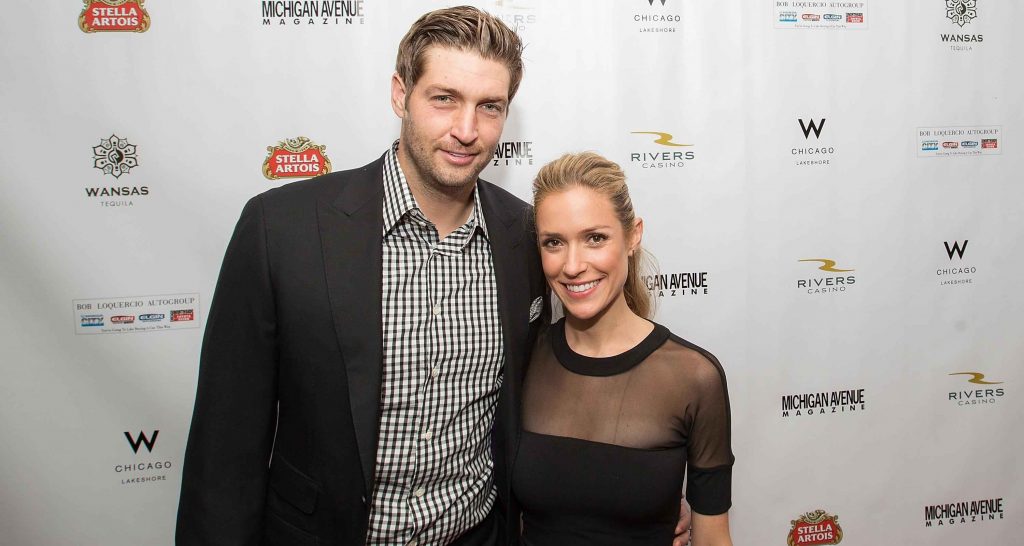 They briefly called off the engagement only to reconcile and become parents to Camden Jack, who was born on August 8, 2012. They tied the knot on June 7, 2013, in Nashville, Tennessee.

As a former NFL pro, Jay Cutler has an estimated net worth of $50.0 million, with total career earnings crossing $122.0 million in his 10-year football career. And with Kristin Cavallari’s net worth being estimated at $3.5 million and rising, these two are living the high life.

Her Laguna Beach Home Was Foreclosed

But it hasn’t been the high life for the entire Cavallari brood. The Cavallari family’s oceanfront California home, which was featured during Kristin’s run on Laguna Beach, was foreclosed on in 2012. Kristin’s parents reportedly fell behind in mortgage payments and lost the five-bedroom mansion.

It was sold at a public auction for $6.1 million, reportedly about half of what the Cavallari’s listed it for back in 2009.

Kristin, who was pregnant with her first child at that time, was unaffected. She and Cutler had moved to Chicago when he was playing for the Chicago Bears. They listed their Chicago home for $4.75 million in 2017.

The family relocated from Chicago to Nashville, where Cavallari is setting up the headquarters of Uncommon James.

In June 2018, the couple listed their Nashville home for $7.9 million. The same home was featured on Very Cavallari.

The family relocated to a new home within the Nashville area. Cavallari and Cutler were seen touring a potential new home on Very Cavallari. It has been reported that they did indeed purchase the home in April for $4.23 million.

Here’s how much Kristin Cavallari is worth compared to her former MTV costars: