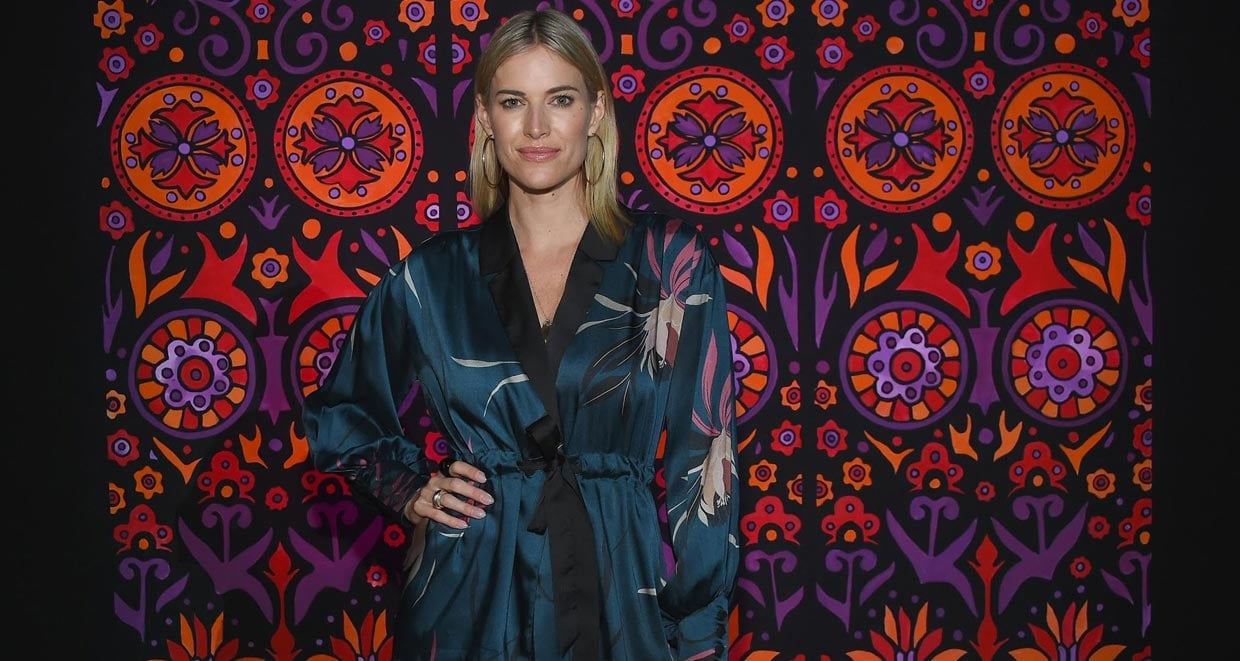 Real Housewives of New York star, Kristen Taekman is a model turned fashion blogger, who lives in TriBeCa, NYC. The 41-year-old is a mom of two adorable children and is married to an uber-successful businessman, Josh Taekman! The two appeared on RHONY, where their marriage issues were put on full display.

Kristen Taekman (née Carroll) was born on April 21, 1977, in Farmington, Connecticut. Born to her parents, Marty and Karen Carroll, she grew up in Connecticut with a younger brother named Martin. Her hometown was a two-hour drive from The Big Apple, and the family would often take one-day trips to the city.

Kristen Taekman Started Modeling at the Age of 14

She was on the varsity basketball team in high school, but soon realized that her true calling was modeling and fashion. And what better place to realize this than New York City!

After she graduated high school, Kristen moved to NYC and began her full-time international modeling career.

She attended John Casablanca Modeling School in Connecticut at the age of 16, two years after she started to take up modeling as a serious career option.

Did you know Kristen did not attend college? She began modeling at the age of 14, and was so busy traveling and working, it never gave her the opportunity to attend.

Kristen Lived in Europe and Australia When She Was Modeling

As an international model who has graced the covers of several popular fashion magazines, naturally blonde Kristen has had the golden opportunity to put on her traveling shoes and scale the globe!

During her active modeling years, she lived in Paris, Italy, and in the Land Down Under, too!

Kristen Taekman’s work has been featured in Vogue Australia, Harper’s Bazaar, Glamour Magazine, and in some local spreads across the USA.

She worked with Macy’s as a commercial model, at the start of her modeling career, and works through Munich Models agency.

She has also used her charm and good looks in advertisements for Clairol and L’Oreal.

Kristen is a model even today, and does a lot of traveling, along with updating her interesting blog.

Kristen and Josh Taekman were introduced to each other through a common friend, in the early-mid ’00s and Josh was thoroughly smitten by Kristen for a good eight months after he met her.

Happy Saturday! Hope you are all having an awesome day and enjoying this fab weather! In true soccer Mom fashion we are at a tournament this weekend in Long Island!! Who else is spending this weekend on the side lines lol? ⚽️ ? #memorialdayweekend #soccermom #tournament

And after all that time, that they finally began dating. Dating led to love and then came the proposal!

Josh proposed to Kristen in Sheep Meadow at Central Park and she married him on October 21, 2005, in the island of Key West, Florida, which is her favorite holiday destination.

The wedding was not highly publicized, but the fans got a closer glimpse at the beautiful lace wedding dress Kristen wore on her D-day, on an episode on RHONY!

While she was a cast member, their 10th anniversary came up, for which she tried on her old dress to renew their vows.

While her friend was skeptical it would still fit, it fit like a glove! The only addition made was a bridal sash that showed off her still perfect waist.

The couple is going on 14 years of marriage and will complete the 14th year this October.

Though they are now living a happy life, there weren’t always highs in their marriage. We all saw the toxicity in their relationship on TV, and it was around that time they decided to see a therapist.

Dr. Ryan Fuller was the man they went to see, and they went all in right from the beginning! Kristen went first, and announced that one of the major problems she was facing with Josh was communication.

But the therapist then suggested that each of them speak something good about each other first, before going into picking out problems.

The couple kept it very civil and graceful, and wanted more than anything, to save their marriage.

Josh told the therapist that, “Kristen has a tendency to spend a lot of time and energy in anxiety around really small things, that at the end of the day aren’t that meaningful.”

Though the Taekman’s were on the verge of splitting up, things started looking better after the couple’s therapy. it looks like the kinks have been worked out and the family is back together in a healthy manner!

Cassius Taekman, Kristen’s first born is 10-years-old, and he is an avid soccer fan. Kristen’s younger child, daughter Kingsley is 6-years-old, and she’s a mamma’s girl. She’s been seen on a few episodes of RHONY, like where they showed her getting physical therapy.

When Kingsley was four-months-old, she didn’t roll over like other children do. Surprised mom Kristen took her to a few doctors, and though there has never been a particular condition diagnosed, a doctor suggested that she take some physical therapy.

Kristen explained that her Kingsley is perfectly fine, she was just developmentally delayed. “I think that’s almost harder for a mom because people ask me, ‘well why does she need therapy, and you’re kinda like, ‘well, you know, she just needs a little extra help.'”

These two couldn’t be more adorable and Kristen’s Instagram account is littered with shots of her kids. They clearly love accompanying their parents on vacations and enjoy outings in the city with their beautiful mother! And Kristin loves to post pictures of her and her “mini-me” while out on the streets of NYC!

She Owns a Blog Called LastNightsLook

LastNightsLook was started by Kristen Taekman just after she filmed her first season of RHONY, which can be dated back to 2014.

She said that she and her incredible stylist friend put together so many good looks, not sharing them with fashion enthusiasts would be a crime! She was constantly getting asked by fans where she got the looks from and what stores to find them at, that she decided to create an outlet to share the answers!

As a reader/blogger you can find everything related to fashion and lifestyle on the website, including health-related tips, seasonal shopping, and layering jewelry (which is Kristen’s style trademark).

Kristen takes pride in using her experience as an international model to help her readers style themselves better.

She gushes over affordable, yet high-fashion products and uses the fashion capital of USA’s east coast as her backdrop.

She also posts pictures and notes from her trips all over the world that she takes with her family.

Not only is she an avid mommy-related subject follower, she has a section of her blog dedicated to mommy advise and experiences with her children!

Come what may, Kristen is devoted to make her blog the next “it” thing in fashion online!

Kristen Taekman is not one to reside into the regular housewife life! She has had an entrepreneurial mindset since a little girl, and her venture in fashion has begun with nail varnish!

“Pop of Color” started with nail polishes in a dozen different shades, the shade Cry Baby being Kristen’s favorite.

The polishes all come cruelty-free and are vegan, meaning, they don’t have any guilt attached to them!

“Pop of Color” or “POC Beauty” is a local New York brand, and can be found in many beauty stores and the airport, too!

The brand was launched back in 2015, and it has now expanded it’s product range to include liquid lipsticks, which retail at $14.99, at Ricky’s NYC.

Kristen Taekman’s estimated net worth is $20.0 million and we’re sure this beauty with brains is only going to increase her wealth in the future.

On her blog, she runs an affiliate shop of clothing and accessories, and her products come from big names like Nordstrom, Amazon, Karen Kane, Vince Camuto, Neiman Marcus, and more.

She is also a partner in her husband’s health company called EBoost. She takes an active part in promoting products like protein powders, and supplements, like Josh Taekman does on his Instagram page.