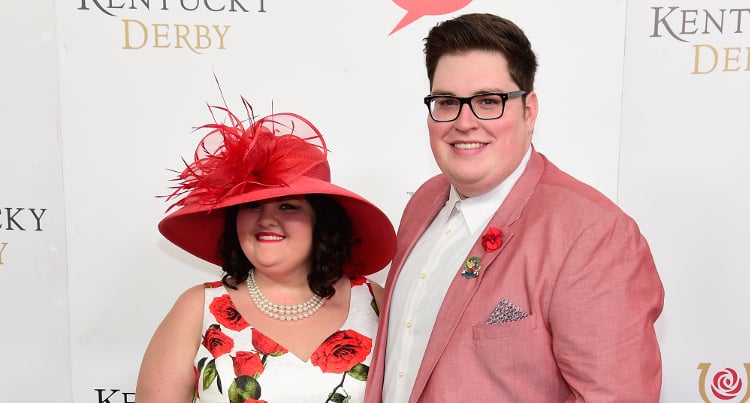 Look who decided to show up! Last night (November 22) on The Voice, viewers got the chance to hear The Voice season 9 winner Jordan Smith once more. We know everything about him, so how about we learn a little about his wife? Here are some interesting details from Kristen Denny’s wiki.

Jordan Smith has made himself quite the career after becoming the winner of The Voice season 9. He won The Voice in December 2015 and released his first album in March 2016. Just eight months after dropping his debut album, he released aholiday album. To give audiences a glimpse of what to expect, he sang “O Holy Night” which he recorded in his latest album.

Since the beginning of season 9 of The Voice, Jordan Smith did not fail to impress all the judges. During the blind audition round, all the four judges turned their chair around. He wowed viewers and judges every single week and when the results were announced, nobody was surprised that Smith was the winner of season 9 of The Voice.

Jordan Smith is blessed with a brilliant voice and Adam Levine himself admitted that Smith required very little coaching. But, he still worked closely with Smith each week to ensure all his performances were on point.

Jordan Smith has been so busy lately handling his professional, as well personal life. Yet, me managed to tie the knot in June 2016! Who did Jordan Smith marry? He married none other than his long-time girlfriend, Kristen Denny. Keep on reading as we bring you all the details about his beautiful wife.

Kristen Denny was present during Smith’s The Voice audition. She was bound by a confidentiality agreement to not discuss anything about the show until after its broadcast. Denny has been with Smith throughout his appearance on the show and has supported him throughout his career.

They Have Been Dating for 3 Years

Smith and Denny have been dating for three years, and on their third year anniversary, Smith posted a beautiful message to her on Instagram saying, “On this day three years ago, I somehow convinced the most beautiful, thoughtful, caring woman in the world to go on a date with me. Every day since then, she has shown me over and over just how truly wonderful she is. Her capacity to love and her compassion for others are unparalleled and I fall in love with who she is more and more as time goes on. She is my best friend, my soul, and I can’t wait to see where our future takes us. I love you!”

They Tied the Knot on June 25 in Middlesboro, Kentucky

As mentioned, Smith and Denny were dating for three years before he popped the question on January 1, 2016. Smith decided to share the news about their engagement on Twitter by posting a photo and Denny flaunting her engagement ring. They got married on June 25 in Middlesboro, Kentucky in the presence of their close friends and family.

Kristen Deny has definitely been a support system throughout his entire career —and it is only just beginning! According to sources, Smith will also be performing at the CMA Country Christmas, and the Rockefeller Tree Lighting.

The One Where They Said I Do. ????: @christinastallardphoto