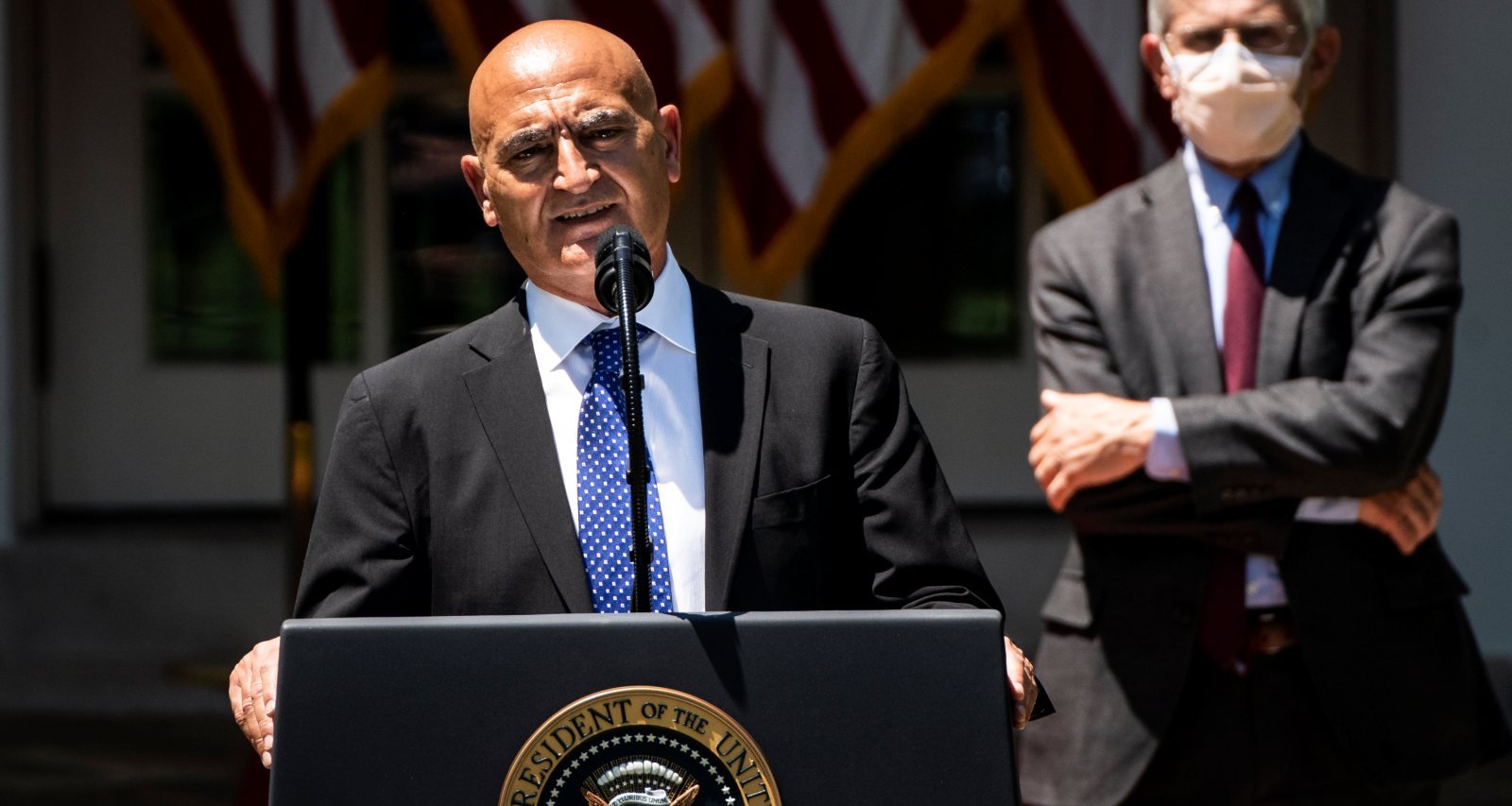 Moncef Slaoui speaks with President Donald J. Trump during a vaccine development event at the White House on Friday, May 15, 2020 in Washington, DC. (Photo by Jabin Botsford/The Washington Post via Getty Images)

Moncef Slaoui, once dubbed the U.S. vaccine czar, has been fired by GlaxoSmithKline in March 2021. GSK’s decision comes after an internal investigation revealed “substantiated” allegations of sexual misconduct on his part. Since the incident, the attention is not only on Slaoui, but also on his wife, Kristen Belmonte Slaoui. Queries about who Slaoui’s wife is have been circulating social media. Kristen Belmonte had worked with GSK as well, for two decades collectively, until recently. With all the curiosity about her, we’ve got all the answers in this Kristen Belmonte Slaoui wiki.

Kristen Belmonte was born on July 26, 1970, and is a native of New York. She is the older of two daughters born to Joseph and Gladys Belmonte.

Kristen and her sister, Danielle, grew up in East Setauket, where their parents still are. Danielle is currently in Florida and works for Noom, while Kristen is based in Pennsylvania.

Kristen Belmonte graduated from Ward Melville High School in East Setauket in 1988. She went on to pursue a double major in biology and classical studies at Gettysburg College, receiving both her BS and BA in 1992.

The following year, Belmonte began her doctorate in physiology at the Johns Hopkins Bloomberg School of Public Health. She earned her PhD in 1997. Belmonte remained connected to her alma mater in the position of adjunct assistant professor from 2001 to 2011.

Before the stint, she did her postdoctoral fellowship in neuroscience and pharmacology at the University of Washington School of Medicine from 1997 to 2000.

Soon after her fellowship, Belmonte began her career at GSK (GlaxoSmithKline) in 2000. She was the principal investigator, respiratory and inflammation drug discovery, for conditions like COPD.

She left in 2005 and spent a year at Merck Research Laboratories as a senior research fellow. She returned to GSK in 2006 and was there for another four years.

Belmonte shifted focus to Stiefel in 2010, a year after GSK completed the acquisition of the dermatology company. She was director and later vice president of business development and licensing for five years. She had similar roles when she returned to GSK in 2015 and remained there until August 2020.

Kristen Belmonte and Moncef Slaoui married on March 26, 2011 at Philadelphia’s Lippincott House. Kristen’s sister, Danielle, did her hair for the special day. They have a son named Ryan together.


Slaoui has two adult sons from his previous marriage.

It is the second marriage for both Kristen and Moncef. Kristen was previously married to one Greg Hoy, an entrepreneur in Pennsylvania.