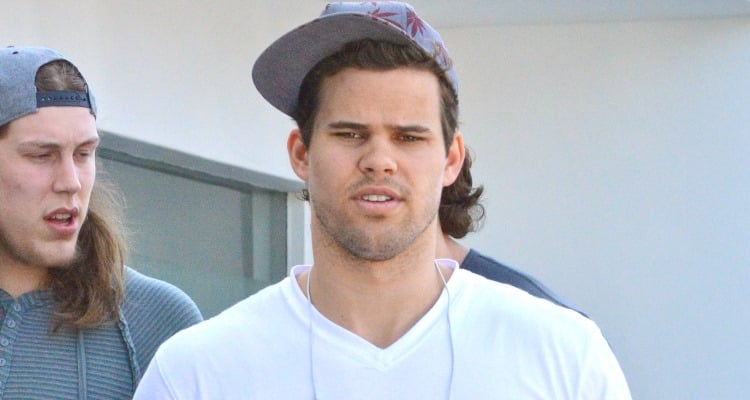 Kristopher Nathan Humphries was born on February 6, 1985 in Minneapolis, Minnesota to Caucasian mother, Debra and African-American father, William Humphries. Kris Humphries’ dad was a former football player for the University of Minnesota from 1979-1982 as an offensive lineman. Kris also has two older sisters named Krystal and Kaela.

Humphries made his net worth of $18.0 million by playing professional basketball for the NBA. He has been traded many times and is currently playing for the Atlanta Hawks as a power forward. Kris has played for teams such as: The Brooklyn Nets, Toronto Raptors, and Boston Celtics. Being traded comes with the territory and luckily for Humphries, he always manages to land on his feet.

Many may not remember Humphries’ basketball career stats, but they will surely remember his quick marriage to reality TV personality and socialite, Kim Kardashian-West. The two dated in 2010 and married in 2011. The engagement and wedding was of course showcased on Keeping Up With the Kardashians in a two-part wedding special. After the happy new couple got settled, Humphries was shown on one of Kardashian’s shows: Kim and Kourtney Take New York. After 72 days of marriage, Kardashian filed for divorce and after a lengthy court battle, the two were finally divorced in 2012.

The Next Michael Phelps?

Humphries recently made the news, revealing that he was actually a very successful swimmer before trading his speedo for a basketball jersey. Many reports revealed that Humphries was actually once a faster swimmer than Michael Phelps. He was only 10 years old at the time, but he actually held the fastest time in six events back in 1995! He even beat Phelps in the 27-time Olympic medalist in the 100-metre freestyle. Sounds like Phelps could’ve been the next Humphries after all!