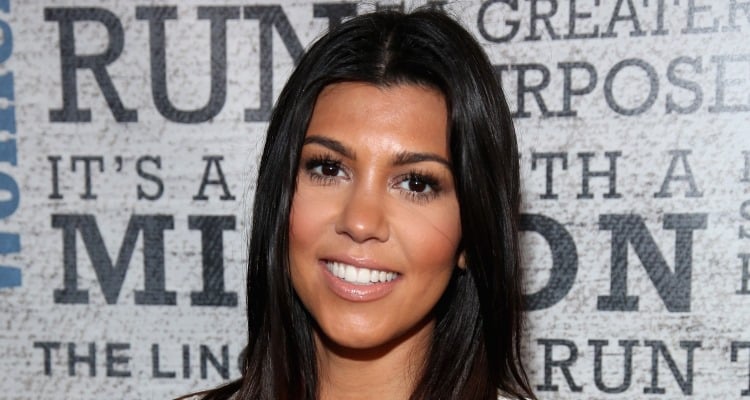 The Kardashians have been around for about a decade now and love them or hate them, they are here to stay. From award shows to being fixtures at the Met Gala, the first family (and probably the last) of reality TV, has stayed on the air longer than any other celebrity family. It’s gotten to the point that when we see their drama happen in real-time, we have to wonder if we’re ever not watching them! Whether it’s Kim or Kourtney Kardashian’s kids names or where they bought their already-torn jeans, the Kardashian/Jenner clan have solidified themselves into pop-culture history. So much so, that fans and critics wonder how the next generation will turn out.

“The first time I started looking at baby names, Mason was the only one I liked,” Kourtney told Life & Style (via MTV News) back in 2010. “It was the only one that stuck with me. Right before he was born, I told my aunt we were thinking about going with that for a name. She told me that Mason means the same thing in English that Kardashian means in Armenian—stone worker. Another aunt told me my great uncle used to use the name Mason when he made dinner reservations, because Kardashian was too long. When I heard that, I thought, Oh my god, it’s meant to be.”

His middle name comes from a part of his mother’s last name and it was her late father’s nickname. How fitting!

Penelope, 4, was born on July 8, 2012 and is the middle child and only daughter of Kourtney and Scott. The Kardashians broke the tradition of using “K” names ever since Mason was born, and thought Penelope (never Penny, but sometimes just “P”) was a good name. Her middle name was Kris’ mother’s idea, and both parents liked it. It’s also a nod to part of Scott’s name.

Reign, 2, was born on December 14, 2014, and shares the same birthday with his older brother. He is also the youngest child out of his siblings.

Kourtney explained the reason behind Reign’s name to People in a past interview.

“I’m never certain [with names] until they’re born…I actually had the name [Reign] on our list with Mason. Then with Penelope, I had it on the list but spelled R-A-I-N.”

According to reports, Kourtney was convinced that she was having a girl and was already thinking of the name Rain. But since she gave birth to a son, she changed her mind again.

“Once I was found out I was having a boy, we just changed the spelling again,” she told People.

Scott and Kourtney have famously been on-and-off for years and the emotional carousel has finally stopped, for now anyway. Kourtney is dating 23-year-old model Younes Bendjima (who Scott fears is only dating his ex for fame) and Scott is dating, well, everyone else! While at Cannes, Scott has been seen with actress Bella Throne, model Sofia Richie (who according to her are just “homies”), model Ella Ross, and U.K. blogger Maggie Petrova. The father of three isn’t allowed near his kids at the moment, and he seems to have found his own way of dealing with it. Some reports said that Kourtney wished Scott made his children a priority and dealt with his issues. Looks like the resident playboy is back and his arms are never empty for long. Lord Disick, we are shaking our heads…