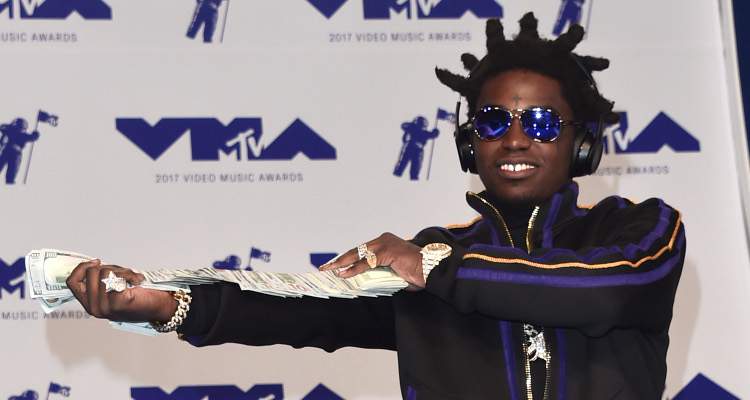 Kodak Black’s home was raided by police, and he was arrested in Broward County. Kodak Black’s arrest comes after drugs and guns were found in his Florida home. Find out more right here!

Trouble might as well be Kodak Black’s middle name. The “Too Much Money”  singer was already on house arrest when he was hit with another set of charges. Black’s home was raided by a SWAT team on Thursday, where guns and marijuana were found. We have the details below.

Kodak Black, whose real name is Dieuson Octave, is a 20-year-old rapper who found success with songs like “Roll in Peace,” “Codeine Dreaming,” “Too Many Years,” and “Skrilla.”

He already has multiple arrests and charges, which has fans wondering about the severity of Black’s most recent arrest.

Though he was not acquitted, Atlantic Records VP, Micheal Kushner spoke on Black’s behalf stating that he had a “bright future as a recording artist.”

He was placed on a house arrest, five years probation and was ordered to take anger management classes. However, following a felony and two misdemeanour charges, he was sentenced to four months in jail.

Upon his release from a Florida prison, he was taken to South Carolina to face sexual assault charges. Though he was able to go on tour after posting bond, it was canceled after he was arrested for violating his parole.

He is currently on house arrest and probation. However, Black’s was arrested again after police raided his Florida home on January 18, 2018.

He lives with his two-year-old son, King Khalid and now allegedly faces seven charges including possession of marijuana, child neglect and grand theft of firearm.

Black was in the process of filming an Instagram live video, promoting his newest music video for “Poetical G,” when he was raided. DJ Akademiks was there, and managed to catch footage of Black talking to police.

Footage from #kodakblack instagram live when police had him in cuffs and was searching thru his house . Via @iamakademiks