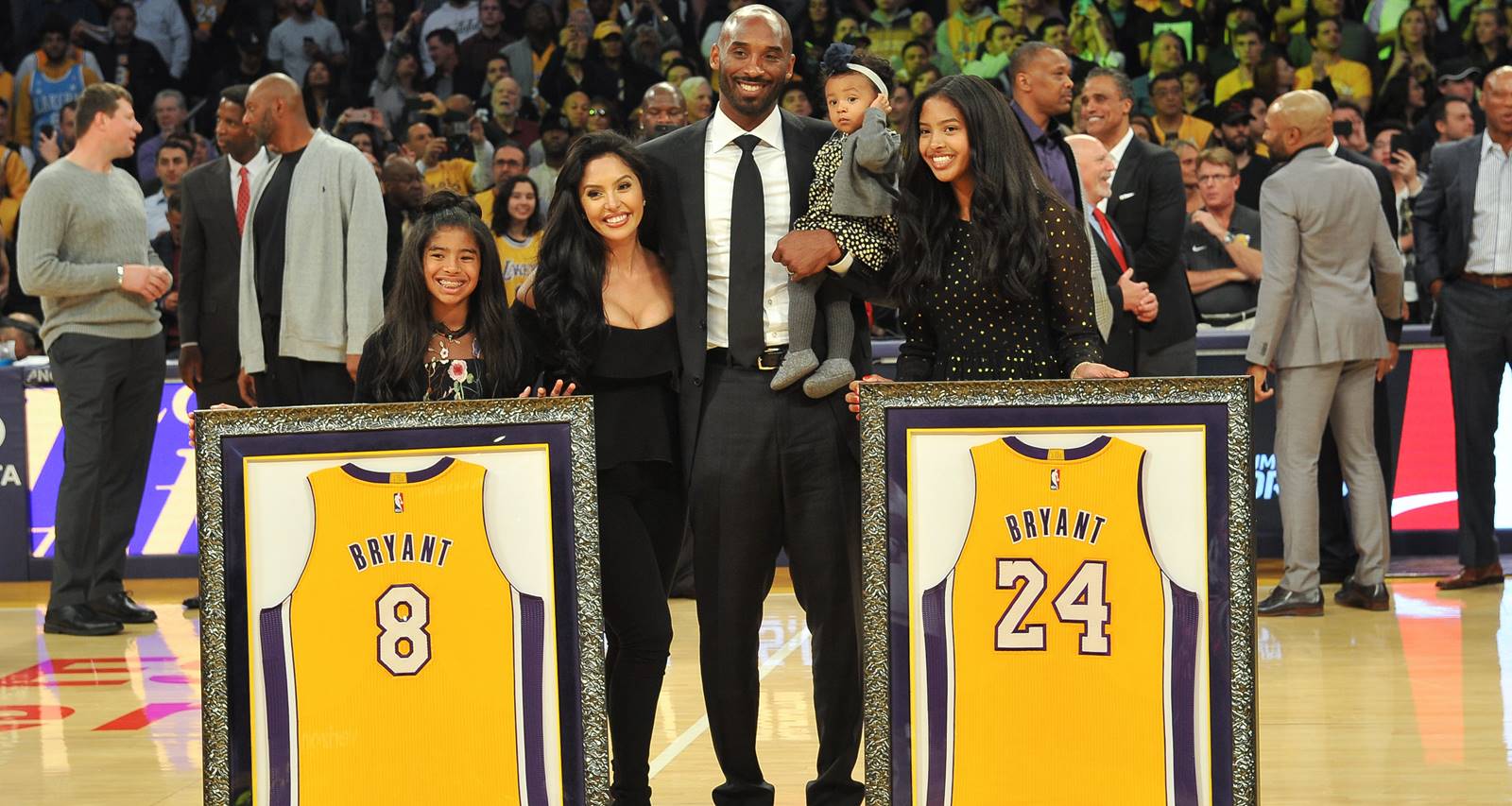 The basketball community is mourning the tragic death of Kobe Bryant on January 26. Bryant’s daughter, Gianna, was among the nine people killed in the horrific helicopter crash. Kobe’s wife, Vanessa Laine Bryant, and their three remaining daughters survive them. Kobe had often expressed his adoration for his four princesses. Yet fans often hoped he’d have a son, who would continue his Black Mamba legacy on the hardwood court. But Kobe always saw his daughters as the ones who would continue his legacy, with Gianna front and center.

Kobe Bryant’s Wife Hoped to Have a Son

Kobe Bryant and his wife, Vanessa Laine Bryant, had weathered lots of ups and downs in their relationship ever since they met in 1999, when he was a rising NBA star and she was a high school student. They married in April 2001, amid claims that Vanessa had changed with newfound money and fame and drawn Kobe away from his parents.

Kobe and Vanessa were parents to four daughters—Natalia, Gianna, Bianka, and Capri. The eldest two girls had shown they had their father’s athletic talent and competitive nature, with Gianna dominating the court and Natalia shining in volleyball.

However, the Bryants had encountered their fair share of nosey bodies who hoped he’d have a son to continue his NBA legacy.

Ever since Bryant was accused of sexual assault and admitted to cheating on his wife, all sorts of rumors have circulated the gossip mill. Some speculated that he might have had a son through an affair. However, they are nothing but baseless rumors and Bryant never had a son with Vanessa or another woman.

Bryant had always been a family man and doted on his daughters, or princesses as he called them. Back when his third daughter was born, Bryant gushed about raising his “little princesses.”

“Guys keep teasing me. My friends say, ‘It takes a real man to make a boy.’ I’m like, ‘Dude, it takes a king to make a princess… get in line,’” said the NBA legend.

Since retiring from the NBA, Bryant enjoyed coaching basketball teams, including his daughters’ teams. He and Vanessa had also come out of their near-divorce stronger than ever.

When they were expecting their fourth daughter together, the Bryants were reportedly hopeful to one day have a son. Like other basketball stars and their spouses, Kobe and Vanessa were also under a lot of outside pressure to have a son.

But a source close to the family said the couple was happy to see their daughters grow healthy and happy. The source also claimed that they wanted to have a fifth child and planned to have more, regardless if baby No. 5 was a boy or a girl.

Kobe and Vanessa welcomed their first daughter, Natalia Diamante, on January 19, 2003. Natalia’s birth reportedly healed the two-year long rift between Kobe and his parents that began when he married Vanessa.

Happy 16th Birthday my baby! I’m beyond proud of the young woman you have become. You are kind, intelligent, hardworking, caring, loving and beautiful inside and out. There aren’t enough words to express how much I love you principessa. Happy #sweet16

In summer of that year, Kobe Bryant was accused of sexually assaulting a female employee at a Colorado hotel. He denied the allegations, saying the encounter was consensual, and publicly apologized for cheating on his wife. Vanessa stuck by him through the sexual assault allegations and had forgiven him for his infidelity.

The family had celebrated Natalia’s 17th birthday only days before Kobe and Gianna died in the helicopter crash.

Gianna Was Nicknamed Mambacita for Her Basketball Skills

Gianna “Gigi” Maria-Onore Bryant was born on May 1, 2006, a year after Vanessa suffered a miscarriage due to an ectopic pregnancy. As Gianna grew older, she showed she was a natural on the basketball court.

Knighted “Mambacita” by her dad, aka Black Mamba himself, Gigi gained national attention for her skills while studying at Sierra Canyon High School.

Gigi also had her dad’s competitive nature. And ever since Kobe retired and began coaching her and her team, she had become unstoppable.

“Gianna’s pretty easy to coach,” Bryant said about coaching his daughter. “We haven’t had any issues of dad-daughter sort of thing. She’s very competitive and she’s a hard worker, so there haven’t been any issues with that.”

Gianna dreamed of playing in the WNBA and was touted as the heir to the Black Mambadom.

“The best thing that happens is when we go out and fans would come up to me and she’ll be standing next to me,” Bryant once recalled on Jimmy Kimmell Live, “and they’ll be like, ‘You’ve gotta have a boy, you and V gotta have a boy. You gotta have somebody to carry on your tradition, the legacy. She’s like, ‘Oy, I got this!’ I’m like, ‘That’s right. Yes, you do. You got this.’”

A few weeks ago, Gianna and Kobe went viral in a great father-daughter meme. While they were no strangers to hanging out courtside at games, that particular clip showed Kobe breaking down plays to a disinterested Gigi.

Kobe and Gianna were headed to the Mamba Sports Academy in Thousand Oaks for a basketball game on Sunday. Gianna was going to play and Kobe would coach. Sadly, the helicopter they were in crashed in Calabasas killing them and seven others on board.

Bianka and Capri Were Born after Kobe and Vanessa Reconciled

Shortly after their 10-year anniversary in 2011, Vanessa filed for divorce citing irreconcilable differences. They had sought joint custody of Natalia and Gianna, but were locked in a battle over financial agreements in the absence of a prenup.

However, in 2013, they took to social media to announce they had called off the divorce. They displayed a stronger united front after their reconciliation, including Kobe expressing his adoration for his “Queen Mamba” on Instagram often.

@vanessabryant surprised me by bringing our two little babies B.B and KoKo to my @granity book signing of #legacyandthequeen at @barnesandnoble ❤️❤️

Bianka turned three in December and Capri is seven months old. They, along with their eldest sister Natalia, survive their father and sister.