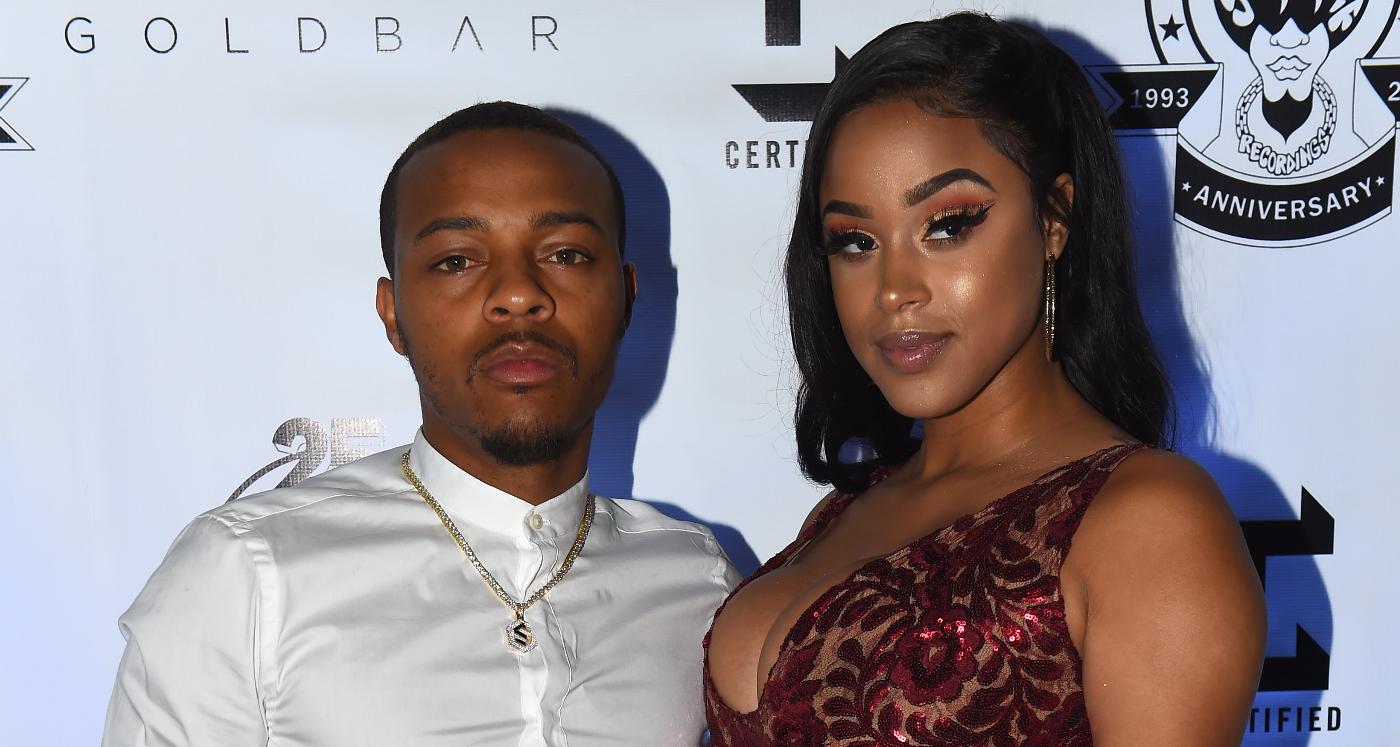 Bow Wow and Kiyomi Leslie (Photo: Instagram/Nicholas Hunt/Getty Images for So So Def)

It looks like Bow Wow and his girlfriend have been going strong for over a year now, but on Monday, he referred to her as his “wife” in an Instagram post! Who is Bow Wow’s girlfriend, and did they get married? Here’s what you need to know.

Bow Wow’s girlfriend is Kiyomi Leslie, an Instagram star. But many were unaware he even had a girlfriend. So, when he used the term “wife,” fans obviously raised eyebrows!

If you want to know more about her, then keep reading for details from Kiyomi Leslie’s wiki, right here! We will tell you everything you need to know about her career, family background, and interesting facts about her life.

Kiyomi Leslie, age 27, does not have a high a celebrity status as her rapper boyfriend. But her rise to social media popularity has quickly grown since 2016, when she made her first Instagram post.

The social media star now has almost 600K followers on the photo-sharing app, even though she has a shy 58 posts compared to other users. That’s quite a beginning for a young up-and-comer!

Leslie’s popularity has risen over the past two years thanks to connections to stars in her personal life and her urban modeling pics.

As for career moves, Leslie served as a guest host for the Atlanta radio show, The Durtty Boyz Show, on Hot 107.9 FM.

Not much has been made public about Kiyomi Leslie’s family. But reports say that her brother, David, worked as a bodyguard for John Wall, the Washington Wizards point guard.

The social media star also spoke about her father in an interview, saying that aside from her uncle, she was mostly influenced by women during her childhood.

Leslie’s father is locked up and serving life in prison for possession and intent to sell cocaine. He has already served over 20 years behind bars.

Both Leslie and the interviewer were shocked to hear the consequences, and she said, “I don’t believe the justice system is fair–neither does he [her father]. He’s been trying to make an appeal. He didn’t want to give up the ‘plug’ so they [the police] said if you don’t give up any names then you’re going to sit here.”

But it seems the model has some form of closure about it, and added, “If any man does a crime, you have to know how to do your time.”

It took Leslie a while to forgive her father and maintain a healthier relationship with him. At first, she didn’t speak to him, feeling angry at what he did. Now, as an adult, she understands why the distance was necessary for the protection of her family.

In February, Leslie spoke about getting her breasts augmented and said, “I wanted to get it done for myself. I think I did it for the visual part… I wanted to feel how I looked, which is beautiful. I thought that if I got them done I’d be more beautiful… feel more beautiful.”

Leslie said that it took a while after the surgery to feel comfortable and confident with the change, especially during the healing phase. It took her a few days after the operation to feel confident enough to reveal Snapchat selfies where people could recognize the difference.

In another interview with DJ Smallz, the North Carolina-born urban model said she dated a woman for four years before moving to Atlanta. She said she likes both men and women, but is exclusively focused on whomever she dates at the time.

Now, Leslie’s in a relationship with rapper Bow Wow, and the couple seems to have been going strong for the past year. They attend parties and big events together, and he seems proud of the beauty at his side.

The rapper writes things like, “Me and you against the world baby,” tagging her and telling his 3.6 million followers, “go follow my wife page.”

Although he has referred to her as his “wife,” there have been no reports (or a ring) to confirm a marriage status. Then again, many people today refer to their girlfriend as their “wifey” or “wife” as a term of endearment, so it is possible that is what he meant.

Will Bow Wow lock it down this year?

Tell us what you think!