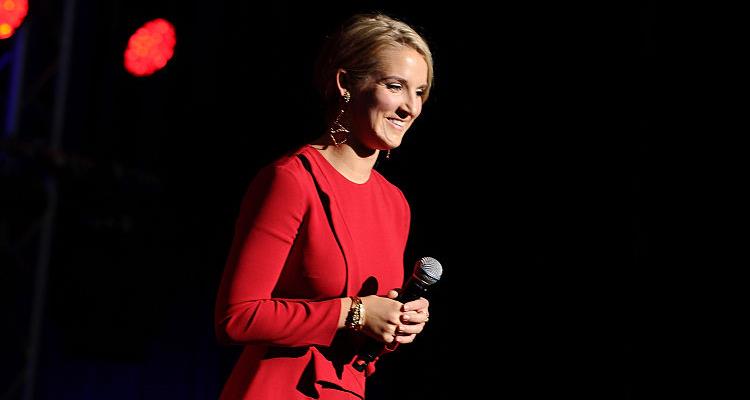 People are searching for information on Kirstie Ennis because of her recent bold move on social media. The United States Marine Corps vet posted a picture on Instagram of her photoshoot with ESPN, where she goes rock climbing proudly wearing her prosthetic leg …and nothing else. If you want to learn more about Kirstie Ennis’ ESPN Body Issue and the inspiring athlete herself, we’ve got the scoop.

ESPN and Kirstie Ennis got together to talk about the former marine, and her story has been inspiring thousands of people. On Kirstie Ennis’ Instagram account (@kirstie_ennis), she has over 44K followers, and fans have been flocking to her page to share their support for her service to the country, her bravery to tell her story, and her inspiring attitude that has led her to many achievements and victories. Fans can also interact with the athlete on Kirstie Ennis’ Facebook, where she also shares updates on her life and her gratitude for the adventures she tackles, despite her injury.

It all began on June 23, 2012 when the USMC Sergeant’s CH-53D helicopter crashed into the Helmand provide of Afghanistan. The aerial door gunner not only suffered traumatic injuries to her spine, face, brain, and shoulders, she also lost most of her left leg. It took three years and seemingly endless surgeries before the doctors decided they had to amputate her leg below the knee in November 2015. Further infection led them to removing her left knee as well, shortly after. “I will never complain about being an amputee­–I’m alive, happy, healthy­–but I would do damn near anything to have my left knee back. A below-the-knee amputation is night and day from above-the-knee. When I went into the hospital and they said you’re going to be above-the-knee now, I lost it. I snapped. I screamed. I made a fool of myself in the hospital.”

There are only three sports: bullfighting, motor racing, and mountaineering; all the rest are merely games. -Ernest Hemingway @espn #BodyIssue #strongissexy

Former marine, Kirstie Ennis had been an athlete throughout her life, and during her recovery, her perspective shifted and she continued to participate in various sports. “One of the things I learned [after the amputation] is that it’s what’s behind your rib cage and the 6 inches between your ears that matters. If you have your head and your heart in the right place and go into things laughing and smiling, it’s going to be smooth sailing.” Since her recovery, she has excelled and competed in rowing, swimming, outdoor cycling, and snowboarding competitions, achieving incredible honors and victories. Her love of sports and her passionate perspective led her to rock climbing, and according to her, “The sports that I’m participating in right now, I never was doing with two legs, and to me that’s pretty wild to think about.”

Now, Ennis is an icon of inspiration for people around the world. Kirstie Ennis’ hot confidence and her surprisingly optimistic attitude allows her to be a voice of hope for many disabled people, inspiring them to do the same. Kirstie Ennis’ age is only 26, but her experiences have given her many more decades worth of perspective, wisdom, and growth.

I've had some amazing photographs taken of me on this wild ride I'm on. But this one really hits home. You only see three here, but I have more knees and feet than people have shoes. @theveteransproject #veterans #amputee #leftlegless #powerful #iwontstop