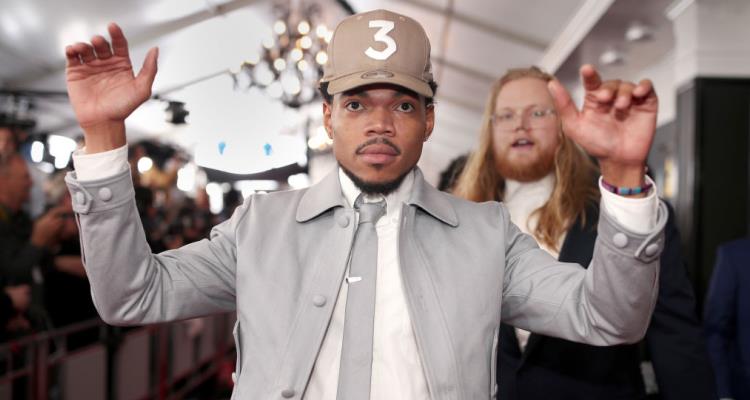 Chance the Rapper, born Chancelor Johnathan Bennett, is having one exciting year. First, he married his long-time girlfriend Kirsten Corley, then the couple announced they were having another child! If you want to know more about her, then get to know Chance the Rapper’s wife in 2019, with our Kirsten Corley wiki.

On March 9, 2019, Chance the Rapper tied the knot with Kirsten Corley, the woman he fell in love with when he was a young boy. They celebrated their big day at the Pelican Hill resort in Newport Beach, California, and exchanged their vows in front of 150 relatives and friends. Celebrity guests were also in attendance, such as Kanye West, Kim Kardashian, and Dave Chappelle.

Although this was their official ceremony, the couple was legally married on December 27, 2018, in a civil ceremony at the Cook County’s clerk’s office.

The rapper has had his share of ups and downs with Corley, but has always put his daughter, Kensli Bennett, first. She was born in September 2015 and her birth was announced on Instagram.

“I wanted make a grandiose and poetic statement with her weight and size and DOB to show how much this means to me, but I think it’d be more appropriate and fatherly of me to just say thanks to those who helped us during this pregnancy [sic].”

Nothing I'm doing currently would be possible without this girl right here. She's so kind and loving and brilliant and beautiful. And I wouldn't have her without her mother, so thank you for creating and raising the greatest gift I've ever received. Cannot wait to get back to this.

Corley Petitioned for a Parenting Schedule

The year 2016 was especially rocky.

Chance the Rapper’s girlfriend-turned-wife, Corley, filed a petition in February to declare the rapper as Kensli’s father, and herself as Kensli’s sole caretaker. She stated that she and their daughter were living alone together at the time.

But the petition was amended the following month, to indicate that Chance, Corley, and Kensli were now sharing a home.

No matter what we are, we're always family 💪🏾👨‍👩‍👧

By June, however, Corley was asking the courts for a parenting schedule, as Corley and Chance had apparently separated once again.

The petition was later withdrawn in January 2017, when they moved back in together.

At one time, you could get all the Kirsten Corley pics you needed from Kirsten Corley’s personal Instagram account. However, her profile is now private. She has kept her followers, though, rising to over 33K!

Thanks to Chance the Rapper’s Instagram account, fans can still keep up to date on her. In March 2019, the couple shared exciting news on his Instagram, announcing that they are expecting another baby girl. This will be the second child for the pair.

In the recent video of himself and his wife dancing to “Right Thurr” by Chingy, you can see her baby bump! These two sure know how to have a good time!

She Encouraged His Return to the Studio

Chance took to Instagram again in April 2019, to update fans on the status of his long-awaited debut album. He’d previously teased followers with a July release date for the record.

In a lengthy post, he shared that wife Kirsten had recently given him the greenlight to “really go to work” on the project—without any distractions.

Also Read: Kensli Bennett: Everything You Need to Know about Chance the Rapper’s Daughter

“Its been a lil hard at times, I obviously miss Chicago and family and working on other stuff, but there truly is no joy like making a project [sic],” he wrote.

He then let fans know who really deserves all the appreciation for what’s sure to be an amazing album.

“Yall should thank Kirsten cause she dont gotta share me wit NOBODY. But she knows what i do and is handling this pregnancy and our family with so much grace [sic].”

I’ve been really happy the past few weeks. My wife gave me the go ahead to put everything else on hold and really go to work on my debut album. Its been a lil hard at times, I obviously miss Chicago and family and working on other stuff, but there truly is no joy like making a project. Somehow I always forget that i’m so, so good at this. And every night i surprise myself again. July is gonna be bittersweet because as much as i can’t wait to be done, the process is the best part! Yall should thank Kirsten cause she dont gotta share me wit NOBODY. But she knows what i do and is handling this pregnancy and our family with so much grace. Babe I have to appreciate u supporting me all these years and I swear i can’t wait to get juked on to these new songs. 🍑💃🏾😈

While the Chicago rapper has released three successful mixtapes, he has yet to drop a full-length album.

There’s still no confirmed date for the record’s release, but the rapper is set to play Lollapalooza Stockholm on June 30.