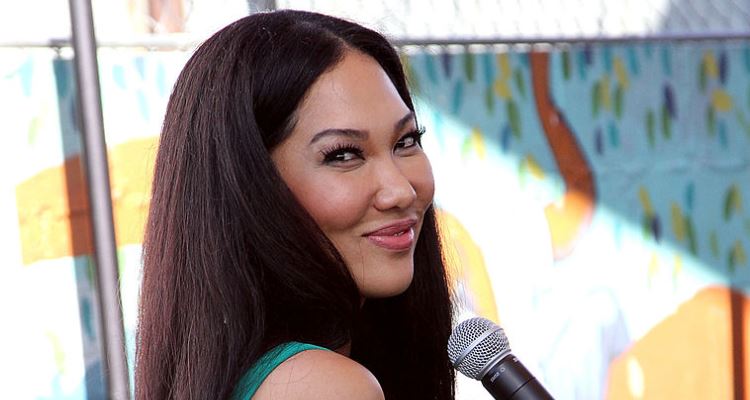 Strutting down the Chanel runway at 14, you’d think Kimora Lee Simmons would be worn out by now—on the contrary, this fashion mogul seems to be just getting started! You may recognize her from her reality TV series in the early 2000’s, which ran for a solid four years, we might add. While she’s best known for her modelling days, Simmons has gone on to dabble in creating her own fashion line, executive producing her own TV shows, acting, and making regular TV and movie appearances. Most importantly, Kimora Lee has become a mother of four, and is prouder than ever of her clan. If you followed this high-powered beauty back when she was the force behind urban fashion brand Baby Phat, then you’ll likely remember Kimora Lee Simmons’ kids.  Her adorable daughters, Ming and Aoki Lee Simmons, would often join her at fashion shows growing up. But what about Kimora Lee Simmons’ husband? We’ve got information on all that and more, right here.

Her Girls are Growing Up Fast!

Warning: If you do, in fact remember her delightful pair of daughters, we’re about to make you feel really old. Little Ming Lee just attended her junior prom! Yup, you read that right! And being the ferociously proud mother that she is, Kimora Lee couldn’t help but flood her Instagram feed with a flurry of her daughter’s prom pictures. Kimora Lee Simmons’ kids are what she’s most proud of, so this doesn’t surprise us in the least. One post featured a video of Kimora Lee Simmons, ex-husband Russel Simmons and Ming Lee, captioned “You all KNOW I’ve been crying my eyes out right?! AAND I asked if her dad could drive her!! She said ‘NO MAMA’ ????????????????????.”

@mingleesimmons @unclerush @kimoraleesimmons #prom17 You all KNOW I've been crying my eyes out right?! AAND I asked if her dad could drive her!! She said "NO MAMA"?????

The rest of Kimora Lee Simmons’ family didn’t miss out on the fun—Ming Lee’s little brother, Kenzo Lee Hounsou was also pictured with her. Kimora Lee Simmons’ children shared a sweet embrace in an Instagram photo captioned “Kenzo Lee actually said ‘I want to go to prom with ming!’”

The gorgeous teen donned a champagne toned slip dress with a deep V neck, and matching heels. And of course, who else would’ve designed this stunning gown other than her fashion designer mother? The silk gown, aptly named the “Ming Ming” will be included in Kimora Lee’s latest collection for her own brand, KLS.

We made this champagne silk slip dress for the beautiful @mingleesimmons. it's called the "ming ming" it's in my latest collection…???? #prom17

She Has Other Kids, Too

Ming Lee isn’t Simmons’ only daughter; she has a younger sister, Aoki Lee Simmons. Kimora Lee Simmons’ young teenaged daughters are both fathered by entrepreneur, author, and producer, Russell Simmons. The two met in 1992 at New York City’s Fashion week—Kimora was a 17-year-old model at the time. The two were married in 1998 in St. Bart’s by Russel Simmons’ well-known brother, Reverend Run of Run-DMC. During their marriage, Russel and Kimora founded popular urban fashion brands, Phat Farm and Baby Phat. The pair shared the birth of two daughters and an 11-year marriage before filing for divorce in March 2008.

Growing Her Family Despite Divorce

Despite her divorce from Russel Simmons, Kimora’s family didn’t stop growing. She began dating actor and model Djimon Hounsou in March 2007, and the two committed to each other in a traditional Benin ceremony in the summer of 2008. In May 2009, the then-family of four welcomed a fifth member; Kenzo Lee Hounsou. Simmons and Hounsou were never married legally in the United States, and parted ways in November 2012.

The fashion mogul had one more child after her separation from Hounsou, so you may be wondering: who is Kimora Lee Simmons married to now? In February 2014, she confirmed that she and ex-Goldman Sachs banker Tim Leissner had tied the knot quite a few months ago, in December 2013. Simmons, along with her new husband and three children, then welcomed a baby boy, Wolfe Lee Leissner in April 2015.

Kimora Lee Simmons is a force to be reckoned with, both in business and in motherhood. She shows no signs of slowing down, as she’s launched her very own fashion line two years ago, and continues to go strong.