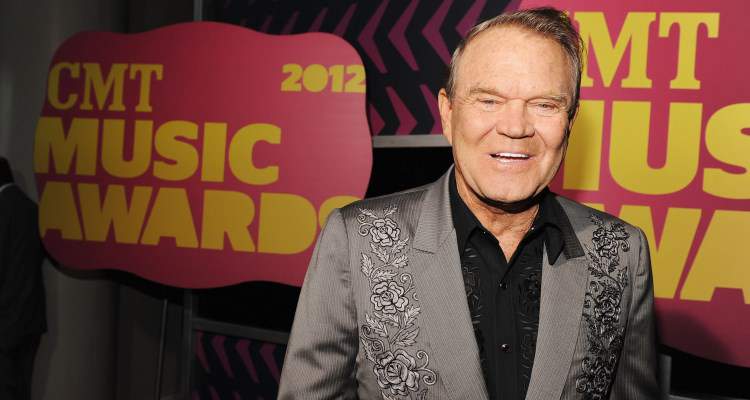 Not too long ago, country legend Glen Campbell’s wife, Kimberly Woolen spoke with The Tennessean about how her husband will never be able to play the guitar again, due to his battle with Alzheimer’s. In a year filled with musicians putting out album after album, many consider it a shame that the country star won’t be able to do what he once loved. Since the announcement, many have been looking for information on his wife, including everything from Kimberly Woolen’s age to information on her kids. So, have a look at our Kimberly Woolen wiki for all the details you need on the country crooner’s wife.

Campbell met Woolen when he was 46. She was a 24-year-old dancer and the two went on a blind date one weekend in New York City. The matchmaker responsible for their meet was Campbell’s banjo player, Carl Jackson. Campbell took Woolen on a date with his parents at the Waldorf-Astoria, then to a James Taylor concert, according to an interview with People magazine.

“I didn’t take it seriously,” said Woolen. “I thought it was just a date. But as soon as I met him, I knew there was something special about him.”

“I liked her immediately, said Campbell. It was one of those things where you meet somebody and you just can’t get them out of your mind. So I called and said, ‘Let’s go out.’” 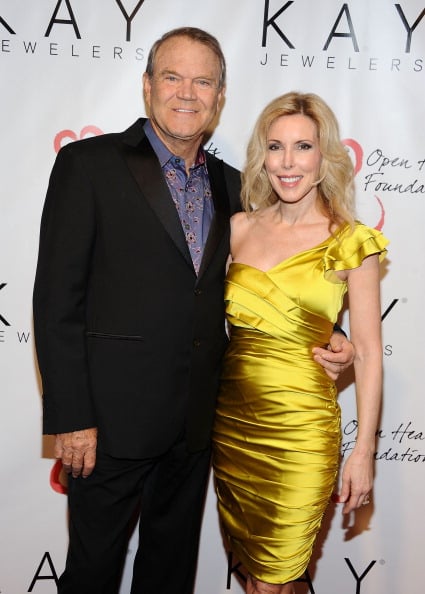 The two clearly hit off, despite being on a group date with his parents! We can’t say that move would equal wedding bells in this day and age! After realizing they were right for each other, they got married in 1982 and have been together for 32 years.

“I pray this is it. I believe it is. It’s easier being with somebody who’s got some sense,” said Campbell.

Campbell had walked down the aisle a few times before finally finding peace with Woolen. At just 17 years old, he married pregnant 15-year-old, Diane Kirk, but the baby died as an infant and they later had a daughter. After divorcing Kirk, he married Billie Nunley, an Albuquerque beautician who gave him three children: Kelli, Travis and Kane. And after that failed marriage, he later married Sarah Barg, who was separated from his golfing friend, Mac Davis. But their marriage, too, did not last and Campbell found love with Kim. As his wife, Kim Woolen’s net worth would be shared with her husband’s net worth of $50.0 million.

In a past interview with People, Woolen, 58, explained that her husband likely won’t play again but that he still tries to play a tune here and there.

“He can’t even tune a guitar now. If I tune one and hand it to him he can still play, [but] not like he used to,” Woolen told People. However, he can still “play a couple licks here and there, and he finds joy in that.” 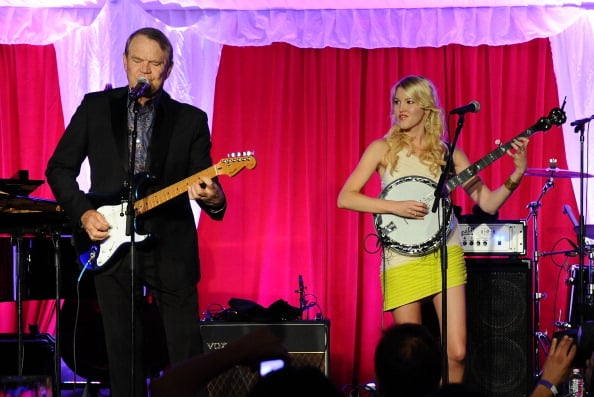 Woolen and Glen have three kids together: sons, Cal and Shannon and daughter, Ashley Campbell. They have all sang with their father at one point or another and continue to visit him. 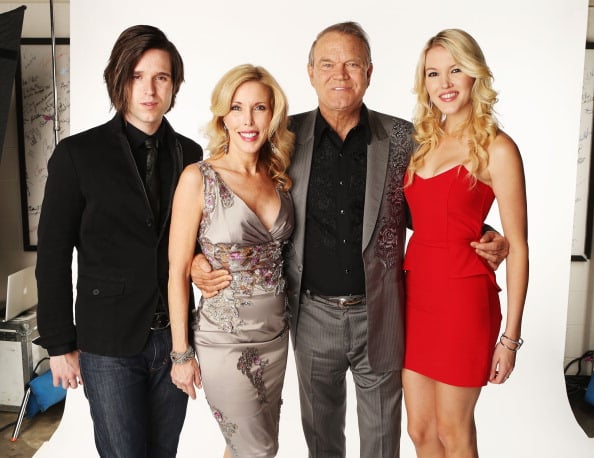 She Moved Campbell to a Care Facility

In April, Woolen moved her husband to a full-time care facility and faced criticism from the public. In a statement, Woolen explained her decision to the public, regarding Campbell’s health.

“The doctors and my team know what care he needs, and they were an integral part of this family decision,” Woolen said in the statement. “Our children, all of Glen’s brothers and sisters and extended family support me as well as his daughter Kelli. It is very hurtful to have people who are very far removed from our situation to be scrutinizing and judging our private family decision.”

Campbell continues to sing—and even though the words may be gibberish, the felling is all that matters.

“It’s not a melody that we recognize, but you can tell that it’s a happy song and he has a song in his heart,” said Woolen in The Tennessean.