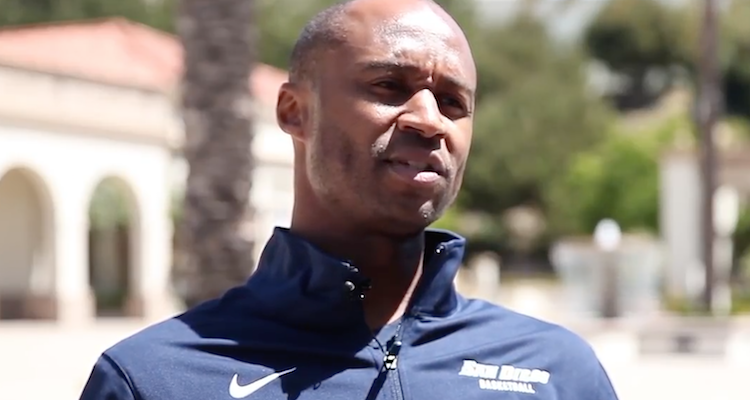 Lamont Smith is the coach of the University of San Diego’s men’s basketball team. He is currently facing some very hard allegations of domestic violence. With those kinds of charges, many people may be wondering who Lamont Smith’s wife is. In this Kimberly Smith wiki, we’ll try and discover as much as we can about Lamont Smith’s wife, and if she has any connection to the current charges being leveled against him.

We know from her profile on Championship Basketball Camp website that Kimberly Smith used to be a kindergarten teacher in the San Ramon Valley Unified School District. She appears to have left that job when the Smith family relocated to San Diego.

Kimberly Smith currently works for the Championship Basketball Camp in San Diego, California. There, she helps run the day-to-day operations of the camp as well as its marketing, planning, and staffing.

Lamont and Kimberly have two kids, daughters Olivia and Payton. Beyond that, details are very scarce.

On Sunday, February 25, Lamont’s San Diego Toreros defeated the San Francisco Dons 64 to 61, and the Toreros headed back to their hotel near Union Square. But Lamont Smith was arrested at the Oakland International Airport prior to the entire team’s flight home to San Diego.

According to public records released, Lamont Smith was charged with a number of offenses, including domestic violence, assault with force likely to commit great bodily injury, and false imprisonment. The victim was taken to the hospital with non-life-threatening injuries. The woman who was injured did tell police that she had an intimate relationship with Smith.

But who was the mystery woman? As of this writing, that fact remains unclear. While the charge of domestic abuse automatically brings up the idea of Lamont Smith’s wife. Currently, the victim’s name and relationship with Smith has not been released, beyond the fact that she allegedly has an intimate relationship with him.

ABC 10News was able to speak with a representative of the University of San Diego who stated:

“We are aware of the report of allegations related to Lamont Smith. We have very few details at the time, but we will be gathering information and will be commencing an investigation into the matter.”

Lamont Smith has coached at the University of San Diego for the past three years.