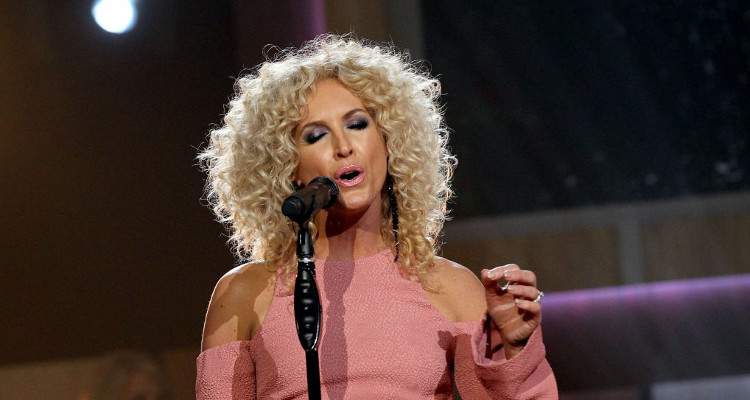 Kimberly Schlapman has a passion for singing and making music with her band, Little Big Town. She found tremendous success with her group and won many awards, selling millions of albums and singles over the years. Her home front seems to be all set as well; she adopted a baby girl named Dolly Grace in January 2017. Schlapman also shares her secrets for maintaining her naturally curly hairstyle.

In early 2017, the Little Big Town vocalist’s little family of three became a family of four. Who is Kimberly Schlapman? She is an integral member of the country group, whose musical style is heavily dependent on four-part vocal harmonies. In her personal life, Schlapman and her husband adopted a baby girl born in the U.S. and named her Dolly Grace. The singer is overjoyed with having a new baby to care for, and wrote on Instagram: “The New Year brought our family new love. We’re so excited to introduce you to Daisy’s little sister, Dolly Grace.” Daisy Pearl is Schlapman’s biological daughter from her second marriage, and is 10 years old. Here are some details from Kimberly Schlapman’s wiki.

Born on October 15, 1969 in Georgia, Kimberly Schlapman’s age is 48. After graduating from high school, she enrolled at Samford University in Alabama where she met Karen Fairchild, her future band member. In 1998, she co-founded Little Big Town with Fairchild, Jimi Westbrook, and Philip Sweet. The group released their eponymous first album in 2002. Since then, they released seven more albums: The Road to Here, A Place to Land, The Reason Why, Pain Killer, Tornado, Wanderlust, and The Breaker. Their songs like “Boondocks,” “Bring it on Home,” “Good as Gone,” “A Little More You,” “Life in a Northern Town,” “Little White Church,” “Pontoon,” “Your Side of the Bed,” “Girl Crush,” “Better Man,” and “When Someone Stops Loving You” have burned up the charts.

Brought my daisies to Oregon. ? @reid_long

Little Big Town’s members constantly work with other artists to offer innovative new music to their loyal fans. Over the years, they collaborated with established singers like John Mellencamp, Miranda Lambert, Vince Gill, and David Nail.

According to some sources, Kimberly Schlapman’s net worth is estimated to be a good $7.0 million, and the way the band is going, it will surely increase. While her musical career has been very successful, she had a rough patch in her personal life after her first husband, Steven Roads, died of a heart attack in 2005. He was also the band’s lawyer. She married a second time on November 28, 2006 to Stephen Schlapman.

Love Is All Around

My heart in my hands. ❤️

They started out as “just really good friends” but later bonded and fell in love. Schlapman recalled, “I wasn’t planning on falling in love, at all. I didn’t want to…I wasn’t sure that I ever would,” adding, “I had a lot of grief left, and he just took it and listened and accepted it and was so understanding and let me talk about my late husband all the time. We still talk about him a lot, and he’s totally fine with it. He says that that made me who he fell in love with, and he never minds if I bring anything from the past up, which is just really sweet.”

Kimberly Schlapman’s hair is her signature look, and fans are eager to know how she manages to keep it so curly. She says that her she uses Indian Gooseberry Oil by Neil George, and Moroccanoil brand products to maintain her naturally curly look.