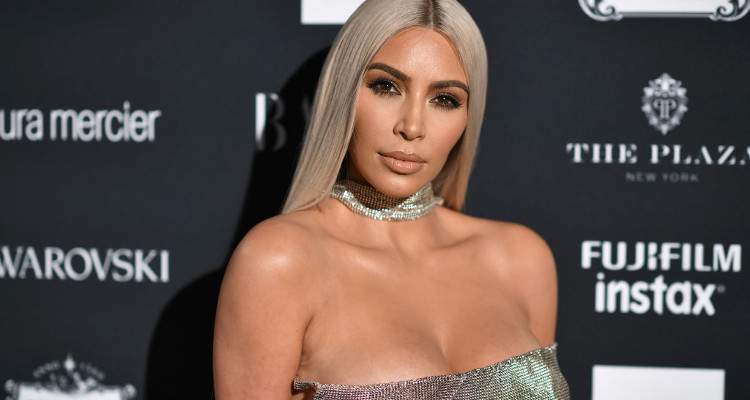 Kim Kardashian is not only a celebrity, but has managed to turn her fame into a brand that grows bigger by the day. Starting off with appearances in reality shows like Keeping Up with the Kardashians, she launched several business ventures including fashion labels, fragrances, mobile games, and shoes. Kardashian managed to keep the wheels of money-making turning all the time. With a net worth of $175.0 million, a husband like Kanye West, and being a member of the first family of reality shows, Kim Kardashian is on a roll!

The name Kardashian spells money. Big money! Nobody does it better than 37-year-old Kim Kardashian when it comes to using her brand name to make money. The Kardashian brand name started its upward climb in 2007 when the family premiered their own E! reality series, Keeping Up with the Kardashians. Its success paved the way for spin-offs like Kourtney and Kim Take New York and Kourtney and Khloe Take Miami. How rich is Kim Kardashian? Here is everything you need to know about Kim Kardashian and the money she’s made in the past decade.

Apart from Kim Kardashian’s TV shows, she is also an executive producer of Keeping Up with the Kardashians. In February 2007, a sex tape that her and ex-boyfriend singer Ray J made in 2003 was leaked and distributed by Vivid Entertainment. Kardashian filed a lawsuit against the pornographic production company, which was dropped after she settled for a reported $5.0 million. She then went on to appear in several TV shows, including Dancing with the Stars, How I Met Your Mother, Beyond the Break, WrestleMania XXIV, and America’s Next Top Model.

In 2010, Kardashian entered into several new endorsement deals for companies like Carl’s Jr. She was involved in the retail and fashion industries, launching several clothing collections and fragrances. Along with her sisters Kourtney and Khloe, she wrote an autobiography, Kardashian Konfidential that was released on November 23, 2010, and made it to The New York Times’ Best Seller list. That year, the International Business Times reported that she earned $6.0 million, which put her among the highest earning Hollywood-based reality stars. In 2011, she filed a $20.0 million lawsuit against Old Navy, and its parent company Gap Inc., claiming that they used a look-alike actress to promote their brand. The lawsuit never went to trial, but a settlement was reached in 2012, with the details not made public.

Kardashian released a mobile game for iPhone and Android, Kim Kardashian: Hollywood in June 2014 where the objective is to become a Hollywood star. The game was a smash hit and earned $1.6 million in its first five days. She earned even more with the portfolio book, Selfish, a 325-page collection of selfies. In December 2015, Kardashian released an emoji pack for IOS devices that made millions. Her life took a turn when she was robbed at gunpoint by five persons dressed as police officers on October 2, 2016, during Paris Fashion Week in France. The robbers made away with $9.0 million worth of jewelry including a $4.0 million engagement ring given to her by Kanye West.

Kardashian found immense financial success by leveraging her television popularity into launching profitable side businesses. She is the founder of the TV production company, Kimsaprincess Productions LLC, launched a fragrance line, and the e-commerce shoe shopping site, ShoeDazzle. She is also the co-owner of D-A-S-H, a boutique chain, designed a clothing line for Bebe, and secured product endorsements for diet and skincare products. ShoeDazzle is one of Kardashian’s biggest successes with more than three million customers. The website secured a $40.0 million investment from venture capital firm Andreessen Horowitz, and is a $100.0 million company. Kardashian is also the co-owner Kardashian Khaos in Las Vegas, and has a line of cosmetics called Khroma Beauty.

Kim Kardashian’s net worth is currently estimated to be $175.0 million and growing at a healthy rate. In comparison, Kanye West’s net worth is estimated to be $160.0 million, so their financial situation is taken care of. Together, Kim Kardashian and Kanye West’s net worth is more than $335.0 million and growing. No wonder they were able to buy a house for $20.0 million. However, Kim Kardashian’s house has been undergoing renovations for a while to turn it into her dream home for her and her family. They plan to have two floors which will serve as a playroom for their two children. They also plan to add a fully-equipped gym, and full-size movie theater.

Before getting married to West, Kardashian famously married basketball player Kim Humphries, which lasted 72 days. Many denounced the marriage and all subsequent events as a “sham” that was orchestrated for financial gain. After a lengthy legal battle, the matter was settled and the two reached an agreement in April 2013. The details of Kim Kardashian’s divorce settlement have not been made public.

Happy Birthday baby sis! @kyliejenner You are always so determined & so set on what you want in life & starting at such a young age you always went for it. That's so inspiring to watch. I love you Ky

While Kardashian was accused of pandering to the media to increase her popularity, there is no doubt that she worked to make herself and the Kardashian brand a force to be reckoned with. Her success in various business ventures over the years proves that she has a sharp brain that understands the intricacies of business and media management. Given her track record so far, there is no doubt that she will continue to amaze her fans and irritate her detractors with her innovative ventures.