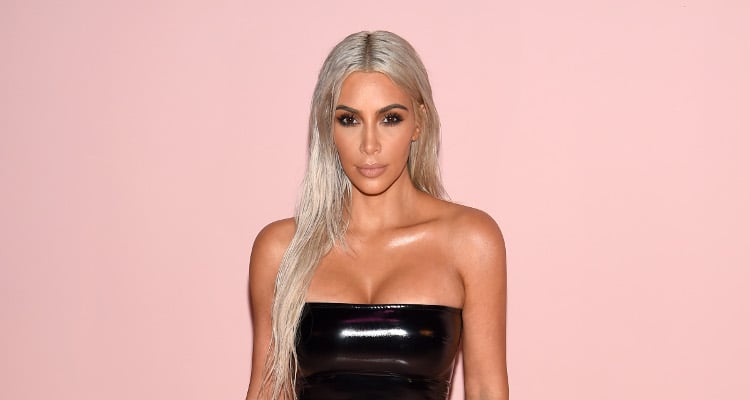 Fans of the power couple will be heartbroken to know that they might be considering a divorce. Apparently, 35-year-old Kardashian and 38-year-old West don’t even sleep in the same bedroom! This revelation came to light after they moved back into their house. They were previously living with Kim’s mother and manager (fondly called “momager”), Kris Jenner. Kim is reportedly busy with their two young children, seven-month-old Saint and three-year-old North, while Kanye is swamped at work. They two are so busy that, although they live under the same roof, they barely get to spend any quality time together. Allegedly, Kim wants to divorce Kanye because of his ridiculous Twitter rants and his $53.0 million debt. If the rumors are to be believed, their kids are caught up in the middle of it all and will be the center of attention in the bitter custody battle that is sure to ensue. The couple has been married for two years.

If that wasn’t enough, Kanye told Kim Kardashian that she’s “too fat”! (Gasp!) The question on everyone’s mind right now about Kimye is “Does Kanye think Kim is fat?” The shocking news came to light in March when the rapper went off on his wife’s personal trainer raving and ranting at him after he flat out refused to help her shed an extra 15 pounds. Kim complained about it to her sister Khloe on an episode of Keeping Up With The Kardashians. So, does this imply that Kanye thinks Kim is fat? Apparently not, since it had been revealed that the singer loves every inch of his wife’s voluptuous body and worships the very ground she walks on. Kanye considers Kim his dream girl and wouldn’t want to change anything about her. Awww, that’s so sweet!

A source said that Kanye loves Kim to the moon and back and only wants what’s best for the socialite. Being outspoken, opinionated, and with a very high opinion of himself, Kanye tells his wife which workout regimes she should follow and what kind of foods she should eat. The rapper has no qualms about telling the trainers and cooks how to do their jobs. Perhaps if Kanye was a little more polite, Kim might listen to him. As they say, you can catch more flies with honey than with vinegar.

In the latest news, Kim Kardashian has lost seven pounds. The reality TV star dropped the extra weight in two weeks and debuted her new weight loss in Fergie’s music video for “M.I.L.F.$.” The video, which also features other celebrity mothers, like models Chrissy Teigen and Alessandra Ambrosio, showcases a scene with Kim Kardashian taking a shower in milk. People speculated that her figure had been digitally altered, but the truth is that the Kardashian lost the extra fat by working out twice a day and following a strict Atkins diet plan. She’s been doing Pilates and eating about 20 grams of carbs a day.

Recently, Kim said, “I love to work out, and you definitely have to work out to tone up, but so much of it is how you eat. I had to really stay focused. I had to cut out all the sweets, and I had such a sweet tooth. After-baby body? I welcome that challenge. It’s so crazy to see what your body can go through and what it’s capable of.”

Can we just say that the results are fabulous, and the mother of two looks stunning? Also, let’s hope that the power couple works through their marital disputes and reconciles soon!