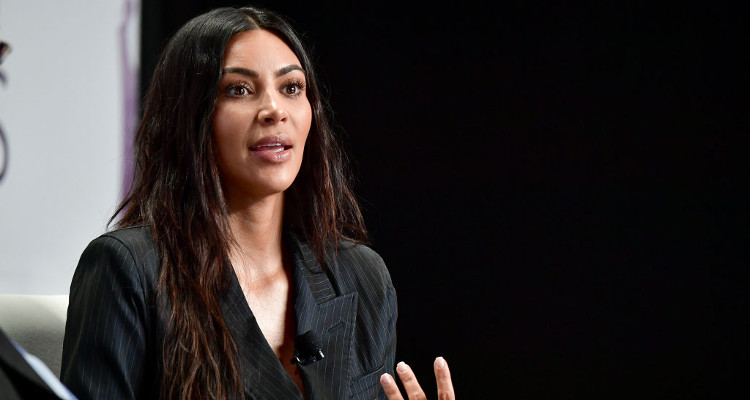 People got to see the sentimental side of reality icon Kim Kardashian after she posted photos of her late father, Rob Kardashian, and her husband, Kanye West along with her kids for Father’s Day. Fans who can’t get enough of her were moved by the gesture.

Kim Kardashian showed an emotional side to her on Father’s Day after she posted two tributes on Instagram; one each for her husband, Kanye West and her late father, Rob Kardashian. She shared a cute picture of West bonding with his four-year-old daughter, North in which both are sleeping, and another picture with his one-year-old son, Saint. Both pictures were taken aboard a private jet and show a soft side of West who seems to have recovered from his meltdown last year. Kardashian captioned the photos, “Happy Father’s Day! Thank you for being such a good dad to our babies.”

Kardashian loves and misses her own father, Robert Kardashian Sr. This was evident from her post of a childhood picture she shared last weekend. Kardashian Sr. died in 2003 at the age of 59. In the photo shared by his daughter, Kim, only a little girl in the picture, is seen sitting on her father’s knee. Kardashian captioned the post, “God, I am so lucky you were my dad. Thank you for being the best!”

The Kardashian-West household had a lot to celebrate with North turning four as well as Kim Kardashian and Kanye West’s wedding anniversary last month. They all went to Disneyland where the family had a total blast!

The Hunt for Kardashian’s Hot Pics

New pics on my app #KKWAPP

All this hasn’t stopped Kardashian’s fans from searching the Internet for Kim Kardashian’s hot and sexy pics. Some have even been glued to their computer screens hoping to find Kim Kardashian’s nude pics. Those who want a closer look at the reality star’s life should check out Kim Kardashian’s Instagram account which is full of pics of her in dresses and other revealing outfits. Kim Kardashian also has her fair share of bikini pics which are sure to get her fans’ attention.

Balenciaga. No make up today.