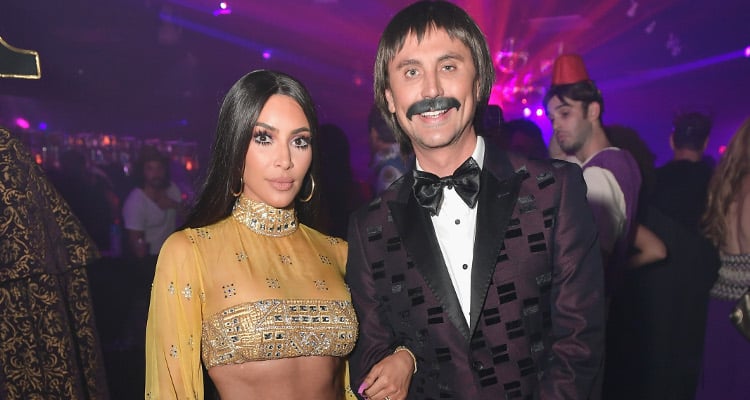 Kim Kardashian is known for pulling out all the stops on Halloween. Each year, her costumes are over the top and undeniably amazing. This year was no different, with the reality star dressing up as two iconic singers. However, thanks to a couple videos she posted on social media, Kim Kardashian had a near Halloween nip slip with one of her costumes!

This year, we saw Kardashian dress up as Cher, Madonna, and Aaliyah. While in costume as the late R&B legend, she took her inspiration from Aaliyah’s “Try Again” video with a chain bra, tight leather leggings, belt, bedazzled choker, and wig.

While giving her followers a quick look of her outfit on social media, she almost showed off a little too much. As she went in for a closer look, it almost looked like she was going to burst out of her top! The moment it was uploaded on social media, fans were quick to comment that Kardashian’s nipple may or may not have been exposed.

Kim Kardashian’s near nip slip was not the only concern after those videos were uploaded. A lot of people took offense to the Armenian-American reality star portraying the African-American singer. Many took to Twitter and expressed their disappointment. One person wrote, “Legend or not Aaliyah is a black woman and you’re not. It’s offensive and you shouldn’t push this limit, but ok.” Another adding, “Yeah let’s just let all things pass under the rug, huh? Never said it was blackface, but you can’t tell me she didn’t add a lil extra tan.”

Despite the negative comments and criticism, a lot of Kardashian’s supporters came to her defense with her decision to dress up as Aaliyah. Kardashian herself has not yet commented on either her nip slip or her costume choice.

For her next Halloween costume, Kardashian paid homage to Madonna and recreated the singer’s look from the 1991 Oscars. At the time, Michael Jackson accompanied Madonna to the award show. So for Halloween, Kourtney Kardashian dressed up as the late singer. With Kim Kardashian’s Cher costume, she teamed up with her BFF Jonathan Cheban to recreate the icon’s 1971 Oscar look with Sonny Bono. Cher even praised Kardashian’s look on Twitter!