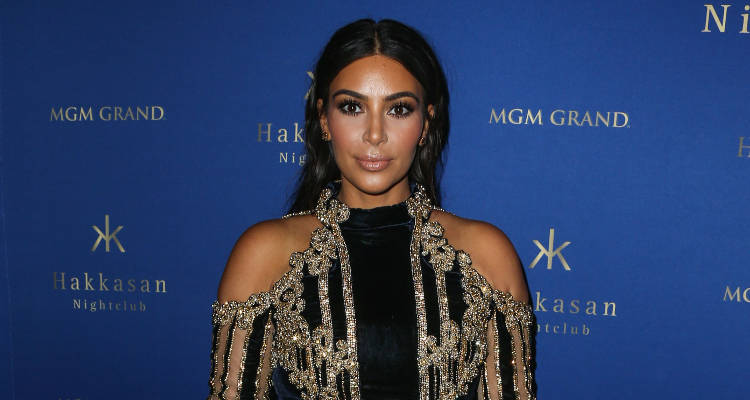 Many people consider Kim Kardashian as a style goddess. She is in the limelight for her sense of fashion and even her sister Kylie looks up to her for it. On Wednesday, July 14, Kim Kardashian was spotted having lunch with her best friend, Jonathan Cheban.

Kim Kardashian’s Snapchat shows her munching on a delicious meal with Jonathan. Kim Kardashian vacation is always fun, and the recent mom-of-two has been working hard to lose the baby weight and to get back into shape!

The 35-year-old reality star looked stunning as she was spotted wearing a military style jacket, paired with a denim skirt and nude, strappy heels. Jonathan was wearing a baggy white tee and a pair of ripped, light denim jeans. As we all know Kim is a huge reality star, and apparently her lunch was documented so she even gave a sneak peak of her lunch to her fans.

Kim looked incredibly stylish and casual. Jonathan took many Snapchats of the reality star as they were having fun during their lunch outing. Jonathan and Kim are long-time besties and the bond is clearly still going strong. Jonathan is also close to other members of the Kardashian clan.

Kim Kardashian also took several Snapchats of Caitlyn trying on different outfits. She also said, “We are at Caityln’s getting her ready for the ESPYS”. Previously, the relationship between Kim and Caitlyn was a little shaky, however, Kim decided to fly down to Malibu to help her pick a dress for the event.

Kim Kardashian vacation pics also show how she enjoyed it with Jonathan after helping Caitlyn get ready for the event. Caitlyn wore a gorgeous and stunning white caped dress as she arrived for the event. The dress looked a bit similar to what Kim wore during her pregnancy back in October.

The relationship between Khloe and Caitlyn is still quite sour, as they both are not on speaking terms with each other. Khloe feels that Caitlyn should have first told her mother Kris about the entire situation rather than the media.