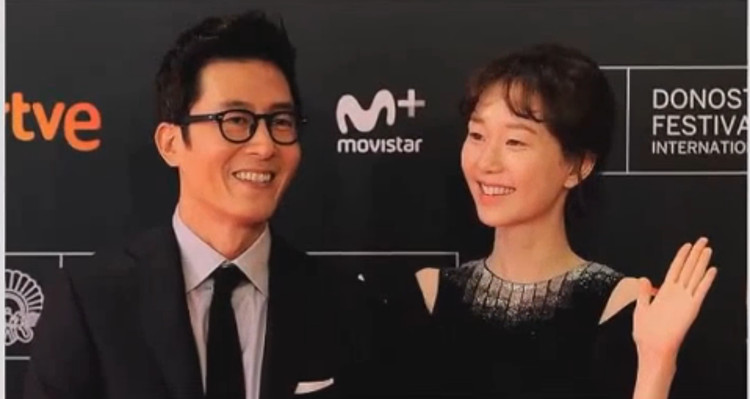 Kim Joo-hyuk’s death has shocked fans as the news of his car accident is starting to sink, and many are wondering how his actress girlfriend, Lee Yoo-young is handling it all. They had reportedly started dating in 2016. While it has been mere hours since his death was confirmed, she still refuses to believe the news. We’ve got all you need to know about her here.

It’s been just hours since the news of the famous South Korean actor’s fatal car accident, but Kim Joo-hyuk’s girlfriend, actress Lee Yoo-young  is having a difficult time in accepting the death of her boyfriend. She was in the middle of recording for the South Korean hit variety show, Running Man. It is reported that she stalled the recording in between when she heard the news. Keep reading to learn all about her in our Lee Yoo-young wiki.

A Brief Bio on Lee Yoo-young

It was the crime drama, Tunnel that saw the actress for first time. Lee Yoo-young’s age did not deter her from taking up acting against other established stars. The drama ended up being the highest rated series on the OCN cable channel. She was 20 years old when she dropped out of college to work part-time in a beauty salon. However, she later returned to her studies to take up acting classes from the Korea National University of the Arts in 2010.

Searcing for Lee Yoo-young’s hot pics will give you images and scenes from her movies, as well. Or, if you’re looking for a more personal look into her life, check out Lee Yoo-young’s Instagram account, as well. Lee Yoo-young’s movies have been praised as her acting is impeccible. In the year 2014, she won the award for best actress at the Milan International Film Festival for her debut movie, Late Spring. In the movie, her portrayal of a poor woman in the villages, who worked as a nude model for a sculptor, struck chords with the audience and critics. She has appeared in many other hit movies, including The Treacherous and Yourself and Yours.

Young started dating Kim Joo-hyuk in 2016. They were shooting Yourself and Yours together and the attraction was reportedly mutual. People who know them felt that they came close to each other because they had a lot in common, despite a formidable age gap between the two of them. It was reported that whenever the two of them went out on a date together, they never hid their company from the public eye. In fact, the duo were very comfortable in each other’s presence and were a normal couple in public, despite being major celebrities in Korea.

Young has worked in many films, including shorts films like A Flower Does Not Wilt in 2012, Men, and Hide and Seek in 2013, a short film named Lunch in 2014. 2015 saw her is movies and short films like The Treacherous, Fatal Intuition, Mr. Cowper, A Lonely Bird, and In Another Place.

Following the recent tragic death of Kim Joo-hyuk, she is certainly heart broken. Many are wondering if she will return to Running Man, as his death has forced filming to halt. She was in the middle of filming when she got word of the news, at the time repeatedly asking if the news was true. According to reports, she is still trying to comprehend and believe the news of the death.

At this time, the reports of his death have been confirmed. Rest peacefully, Kim Joo-hyuk.