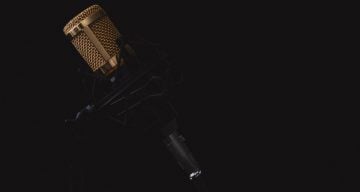 After three and a half years of hosting Boston’s Morning Show with Kim and VB, Kim Carrigan leaves WRKO. The AM talk radio studio has announced a rearrangement of their shows, and it looks like Jeff Kuhner of The Kuhner Report will replace her in the morning slot. More details below.

Kim Carrigan was a hit with fans and people were simply drawn to her voice. Before joining the radio show, she was a Fox 25 news anchor until 2012, when her contract was not renewed and she was asked to leave the post. Ratings were partly at fault with the Fox show, but on the radio, she seems to have left abruptly.

What Happened to Boston’s Kim Carrigan?

The morning host exited WRKO under undisclosed circumstances, leaving many to ask, “Was Kim Carrigan fired?” Or, did she quit because of an internal issue? The station has yet to give an official statement regarding her sudden departure, though Kim Carrigan herself has been responding, quite diplomatically, to fans’ comments on her exit via Twitter.

Thanks Frank!! Have a great holiday!! https://t.co/gexkDLpvmh

Thanks you for listening Brian! https://t.co/gLNAKTMtwY

Jeff Kuhner, the WRKO colleague who has replaced the time slot, took to Twitter early to inform his fans about a change.

Kuhner Country: Please join me today (Monday) at noon for a very important announcement about my show on WRKO AM-680 (https://t.co/e4msbfH5RS). Thanks! Jeff #TCOT #MAGA #WRKO #KUHNER #THEKUHNERREPORT

He announced that he would be hosting the AM show. As per Twitter reactions, people seem to be baffled about Kim Carrigan, whose exit took place in a flash.

However, many are loving the new time slot Jeff Kuhner is going to be on. Here are some reactions on social media:

please and hope Kuhner going back to AM commuters need u. Can’t listen 2 present AM rko not more than 4 minutes

Sorry Jeff and WRKO. That's it for me. I like Jeff but can't listen more than 5 minutes… Especially in the morning. Kim and VB are perfect for am. Back to music and inane DJs

Good For you Jeff I love your afternoon show, but now I may come back and listen to WRKO in the morning like I used to in the 1980s. go and kick some Tush in the morning. Your like a Jerry Williams but now you will be on in the morning. Give away WRKO T-shirts!

For anyone who wants an update on the new lineup, we can say for sure that VB, who was Kim’s morning show partner, has now been moved to the 12:00 p.m. to 3:00 p.m. slot. The show’s name has changed, too; it’s now VB in the Middle, making it a whole new program.

“I love Boston and I love to talk,” VB commented on the change adding, “I’m in the middle politically and also in the middle of the day between two powerhouse personalities, Jeff Kuhner in the morning and Howie Carr in the afternoon. We’ll have intense conversations, of course, but I’ll keep it from getting too serious. It will be lunchtime after all.”

Kuhner shared the spirit, and said, “It will be great to get back in the mornings. It is such a privilege to work with all the professionals at WRKO-AM 680, especially Howie and V.B. I feel a true connection to our listeners and can’t wait to begin my day with them again.”

According to Radio Insight, this is the lineup:

Kim Gilder Carrigan went to Jefferson City High School and is a graduate of the University of Missouri-Columbia with a degree in Radio, Journalism, and Film & TV.

In the new iHeart studio. Love it!! pic.twitter.com/JwPkDI2QWz

She belonged to the Zeta Tau Alpha women’s fraternity in college, and has been in this line of work since the late ’80s. She began as a news anchor with KRCG-TV and WHO-TV, and in 2004, caught a break when she was appointed by Fox Broadcasting as a co-host of the morning show.

She has been with WRKO since departing Fox, and in addition, works for skin specialist brand Rodan & Fields.

She got married to husband Randy on October 15, 1988, and shares two children, Gracie and A.J., with him. The family now lives in Swampscott, Massachusetts.

Here’s a video where Kim talks about her exit from Fox: