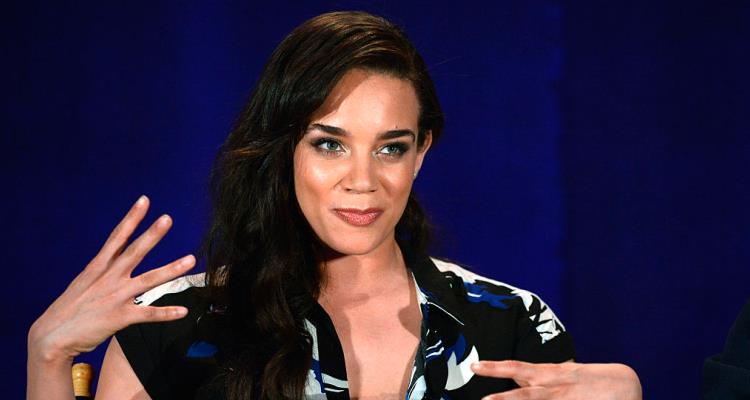 Fans were ecstatic to hear that the Killjoys cast would be returning for a third season on Space and Syfy, and so are we! The first and second season of this sci-fi thriller captivated us, so you can imagine the relief we felt when it was finally announced in February that they’d be returning for another action-packed season! If you’ve yet to see an episode, you are seriously missing out. Even though it’s a sci-fi thriller, it really has something for everyone. While the Killjoys season 3 premiere is set to air Friday, June 30 at 8/7c, you still have time to binge watch the first and second season on CraveTV, before the internet becomes littered with spoilers.

The cast of Killjoys for the past two seasons can only be described by one word: phenomenal. Producers have beefed up the Killjoys season 3 cast with new additions that’ll make it even better, if that’s even possible. They’ve added more Hackmods to the core cast, which will make for some amazing actions scenes, we assume. Our beloved trio will be joined by Viktoria Modesta, who will take on the role of Niko. Her character is said to be a lethal surgeon with killer legs, and a secret crusade—if you weren’t already excited for the Killjoys 2017 season, we bet you are now!

We can't tell you what's going on here but we can guarantee it's probably badass. #Killjoys

Tommie-Amber Pirie and Emily Piggford will also be joining in on the Hackmod action, as Clara’s associates. Hackmods were introduced to the series in season two, and are basically humans with cybernetic implants, who were enslaved and sold to the highest bidder. Some managed to escape from their owners and begin a life of their own in Rat City—a neutral zone at the far end of the J Star Systems, where all Hackmods look out for each other. ‘Basics,’ or otherwise known as un-modified humans, are not allowed.

Also making their debut on the show, we have Kelly McCormack as Zeph, a new thorn in the team’s side, Karen LeBlance as Banyon, a new RAC official, Ted Atherton as lieutenant Ganger to Aneela, and Prince Amponsah as Havigan, a Rat City Hacksaw Bar owner. But the cast additions don’t end here—you can also count on quite a few guest appearances throughout the season. A few of them include Saamer Usmani as Flik, Mac Fyfe as Lachlan, and Atticus Mitchell as Pippin. With all of these new additions, we can’t wait to see what the on-screen vibe is like on Killjoys season 3, episode 1. Killjoys was listed as one of Variety’s 25 Best Returning Shows of 2016, and is currently one of the most-watched original series on Space—during its second season, it reached nearly 1.1 million viewers each week in its initial run. It’s clear that executives want to keep up the momentum, which might explain the huge influx of new cast members for this season!

@variety just named #killjoys as one of the best 2016 returning TV shows! ?? #thewarrantisall

“Last season’s finale of KILLJOYS was so gripping that it left our devoted fan base hungry for more,” said Corrie Coe, Senior Vice-President of Independent Production at Bell Media. “With Lovretta’s layered storylines, the incredible chemistry of our lead trio, and Temple Street’s skillful production, this season is poised to top the best-of lists for critics and fans alike.” The Killjoys team seems to be talking a big game, but judging from last season, we know they have the chops to back it up. Between the new additions to the cast and the imminent sci-fi insanity, we don’t know what to look forward to more! We’ll definitely be tuning into Space tonight to check out the new episode, and to see how all these new characters fit in—will you?

One week until Season 3. #GetPumped #Killjoys