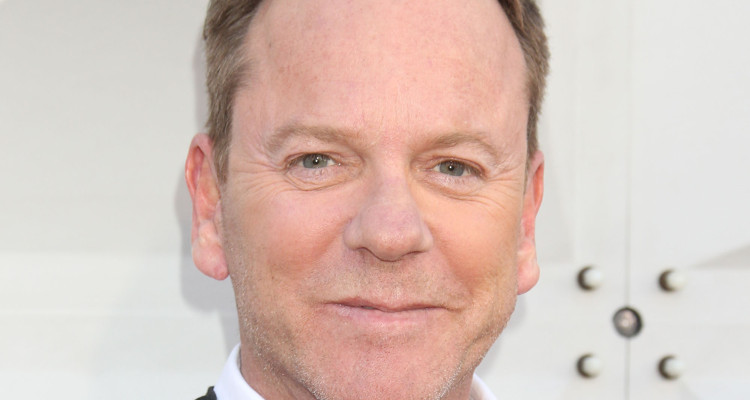 keep an eye on kiefersutherlandmusic.com for the most up to date tour dates. ????Beth Elliot

Kiefer Sutherland was destined to become famous, as he was born to the celebrated Canadian film star couple, Donald Sutherland and Shirley Douglas. His real name, Kiefer William Frederick Dempsey George Rufus Sutherland is quite long, and hence he shortened it. Many people aren’t aware of this fact, but Sutherland has a twin sister named Rachel, and the two were born on December 21, 1966, in London. Sutherland was only four years old when he moved to California after his parents’ divorce. He changed school five times as a child and took weekend acting lessons to perfect his acting skills. It may come as a surprise to many of his fans, but Sutherland was roommates with Iron Man star, Robert Downey Jr. for three years when he moved to Hollywood to make it big in the movies.

The folks who’ve come out to the #NotEnoughWhiskey tour have been amazing. Cheers to you all! ????beth elliott

Sutherland made his debut in his father’s movie, Max Dugan Returns. Since then, Sutherland has appeared in over 50 Hollywood films in his extensive career, spanning over three decades. He rose to fame with films like, The Three Musketeers (1993), A Time to Kill (1996), A Few Good Men (1992), The Lost Boys (1987) and Melancholia (2011). Besides his acting career, Sutherland has met with enormous success due to his TV show, 24, as well as appearances on The Simpsons, Top Gear, Family Guy, L.A. Confidential, and Saturday Night Live!.

Sutherland has also directed movies like Last Light (1993) and Woman Wanted (2000). He has graced the theatrical stage, too, where he portrayed the roles of Tom Wingfield in The Glass Menagerie and James Daley in That Championship Season. The Canadian actor has won numerous awards and accolades for his contributions to the film and television industry, including an Emmy Award, a Golden Globe Award, two SAG Awards and two Satellite Awards.

Fans are always wondering about Kiefer Sutherland’s wife, and we’ll have you know that he has been married twice. His first marriage was to Camelia Kath, the widow of the rock band Chicago’s singer-guitarist, Terry Kath. He has a 28-year-old daughter with Kath named Sarah, who plays the role of Catherine Meyer in the comedy series, Veep. He is also the step-father to Kath’s daughter, Michelle.

In 1990, Sutherland met and began dating actress, Julia Roberts. The two announced their engagement the same year, and were slated to get married in 1991. However, Roberts called off their engagement citing that Sutherland had cheated on her. He moved on, and married Kelly Winn in 1996 but separated in 1999, and subsequently got divorced in 2008. Since then, Sutherland has remained single, although it was rumored that he dated actress, Bo Derek in 2000.

After a lengthy and fruitful career as an actor in films, TV shows as well as a singer-songwriter, Sutherland has amassed a net worth estimated to be $75 million. He reportedly earned $250,000 per episode of smash-hit drama, 24.