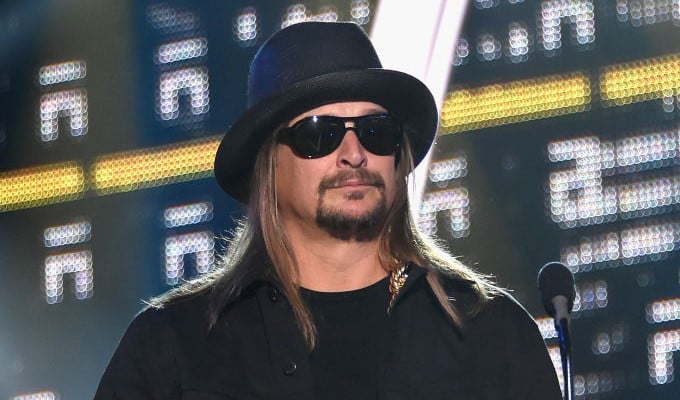 Is Kid Rock running for senate? While many believe the news to be a joke, some actually want to know if there’s any truth to it. It’s not the first time a celebrity has held office before and fans are wondering if Kid Rock is next? How much money does Kid Rock have? For more details, here a look at Kid Rock’s net worth of $80.0 million.

Kid Rock was born Robert James Ritchie on January 17, 1971, in Romeo, Michigan. His father was a car dealer and owned an orchard, where Kid Rock used to play with his three siblings. His interest in hip hop started in the 1980s, when he taught himself to rap, DJ and break dance. he got his start by rapping at local parties as part of the group The Beast Crew, where he met D-Nice, a member of KRS-One’s Boogie Down Productions. Kid Rock’s songs were eventually produced by Jive Records.

How Rich is Kid Rock?

The 46-year-old singer has a net worth of $80.0 million and sure knows how to spend it.

“I’m not just wealthy, I’m loaded,” the “Cowboy” singer said to The Guardian. “I can say that because I’m not embarrassed — I’ve made a f–k-ton of money, but I’ve never made a dishonest dollar. I try to do right by the people around me.”

In 1998, his hit multi-platinum album, Devil Without a Cause, sold well over 14 million copies around the world and he’s sold over 27 million of his albums over the span of his career. From Kid Rock’s private jet to Kid Rock’s cars: The man has all the money he will ever need and more.

“I bought a pretty expensive 1930 Cadillac. It’s concord- yellow, a f–ing high-dollar car,” he said to MLive. “But at the same time, it’s probably going to end up being better than putting that money in the bank. And I guess an airplane is pretty decadent, right? [Laughs] But if anyone has a problem with that, tell them to go f— themselves, because I will live in that trailer in Alabama before I give up that f–ing airplane. That airplane is, hands down, the greatest luxury a human being could have. There’s nothing that f–ing beats it. F—k a yacht.”

Kid Rock’s tour is promoting the new Kid Rock album Sweet Southern Sugar and it starts on January 19 in Nashville, Tennessee and wraps on March 24 in Las Vegas, Nevada.

As for Kid Rock’s houses: The singer has multiple homes in Malibu, Nashville, Alabama and Florida but not only that, he’s also a big gun fan.

“I’m always buying more guns,” he told The Guardian. “I have everything from a Civil War cannon to an MP5 machine gun and old police guns. If someone invades your house, yeah, you can shoot them. I don’t think crazy people should have guns.”

YO!!! Live on @The Howard Stern Show tomorrow (Tuesday) morning starting at 9AM EST – tune in on @SiriusXM Radio or stream live online: http://app.siriusxm.us/howard100

If you thought the veteran rocker was trading in his signature hat and casual Friday look for a suit and tie, then you couldn’t have been more wrong.

“F—k no, I’m not running for Senate. Are you kidding me?” Rock said on Howard Stern’s SiriusXM show. “Who couldn’t figure that out? I’m releasing a new album. I’m going on tour too. Are you f—ing sh–ing me?”

While the singer doesn’t plan on running for any kind of office anytime soon, he’s still involved in politics and even performed at one of then President Barack Obama’s inauguration.

“I played Barack Obama’s inauguration even though I didn’t vote for him. I didn’t agree with his policies, but there was an exciting sense of change in the air. That promise hasn’t been fulfilled – the country is more divided than ever,” he told The Guardian.

He continued: “I am definitely a Republican on fiscal issues and the military, but I lean to the middle on social issues. I am no fan of abortion, but it’s not up to a man to tell a woman what to do. As an ordained minister I don’t look forward to marrying gay people, but I’m not opposed to it.”

He’s an open supporter of President Trump but believes he should be careful of what he says in the media. And as for Kid Rock, he’s not an avid social media user but does have an Instagram account.

We’re sure everyone’s grandpa rocks, but not quite like Kid Rock, who literally does it on stage. His adult son, Robert James Ritchie Jr.—who’s mother is Kid Rock’s ex-girlfriend Kelley South Russell —has a daughter, Skye Ritchie, who was born in 2014.