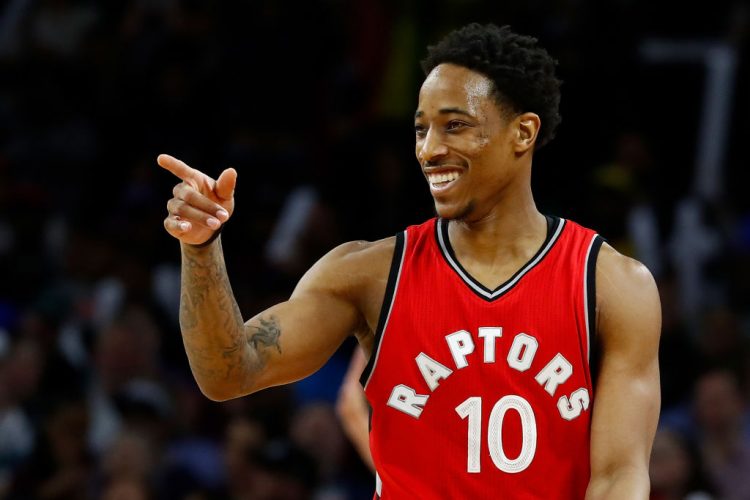 In this Kiara Morrison wiki, we’ll take a detailed look at the wife of one of our favorite NBA players, including everything from Kiara Morrison’s age to her Instagram. We’ll peel back the layers and give you all the information that you need to know about Kiara Morrison.

Professional athletes stereotypically have beautiful significant others and Demar DeRozan’s wife, Kiara Morrison, is no exception. But what do we know about Kiara Morrison? How old is she and how did she meet DeRozan?

Keep reading to find out all about her in our Kiara Morrison wiki.

We don’t know much about Morrison’s pre-DeRozan years, but here’s what we do know.

Kiara Morrison was born on January 18, 1988. Her father, Keith Morrison, met her mother while he was still serving in the military. Kiara Morrison is half Filipino.

As fans in Toronto have come to find out, Morrison is a great lover of basketball. What many don’t know is that it’s not a case of becoming a fan after becoming involved with DeRozan. Morrison was a fan long before that, and it may have started with her dad.

Keith Morrison played for the Alaska Milkmen (now called the Alaska Aces), a team in the Philippine Basketball Association. The PBA still exists today and has games year-round, dividing its playtime into tournaments and conferences rather than seasons like the NBA.

It would be this love of basketball that would bring DeRozan and Morrison together. The two met when DeRozan played his only season at the University of Southern California. The following year, he was drafted ninth overall in the NBA to the Toronto Raptors.

Since then, Morrison has become almost as much of a fixture at Raptors’ games as her husband. And from time to time, she’s known to yell out plays and critiques as the game is going on.

Morrison is also a bit protective of her husband. She will read reviews of his games and has been known to comment on them when she sees something that she disagrees with. She certainly stands by her man!

Their mutual love of basketball must have forged a rather good relationship, as the two have been together since 2009 and now have two kids. The couple is very active in the community while staying in Toronto during basketball season.

When not living in Toronto, they spend their time at their multi-million dollar mansion in Tarzana, California.

Three of us and the falls

Sure, there is the occasional shot from the gym or a vacation bathing suit shot, but what really comes across is her love for her kids and her family. Surprisingly, there aren’t many pictures that involve basketball, but maybe she just leaves that to her husband’s Twitter account.

What comes across the most about Kiara Morrison is the solid relationship between her and Demar DeRozan. They’ve got two kids, they work together, and genuinely seem to be in love with one another. And, it’s pretty hard not to find that just a little bit sweet!