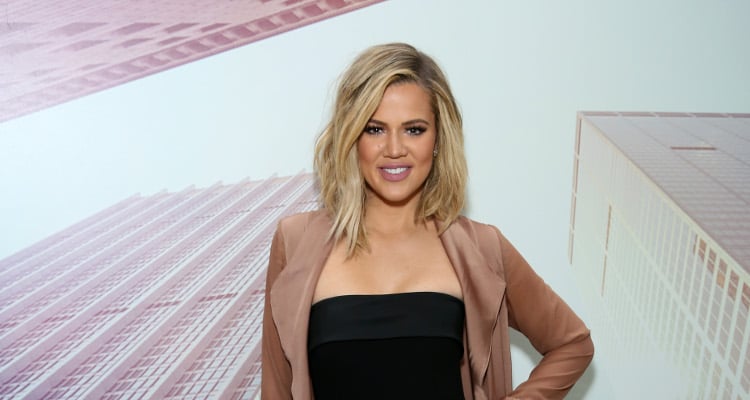 Khloe Kardashian has confessed that she’s not happy with someone. It’s Lamar Odom, her estranged ex-husband, who’s disappointed Kardashian for being irresponsible. A few hours ago, Khloe Kardashian tweeted, “How quickly people forget” on her Twitter, letting us know that these “people” have miffed her feelings in a way. Kardashian has not clearly expressed that she is pissed with Lamar Odom for breaking his sobriety. But, you still get how this tweet is  about Kardashian resenting the latest news of Lamar Odom spotted drinking.

There’s been a viral photo leak showing the former-NBA player having a drink in spite of his critical health conditions. When Khloe Kardashian saw these photos and knew that Lamar Odom was spotted drinking, she must have been furious. Even though they’re separated, Kardashian still cares a lot about Odom and wants him to get better. So, when she found out that he had pulled back to drinking, Kardashian expressed her disgust on Twitter.

On May 9, Khloe Kardashian tweeted, “How quickly people forget” and let us know that she’s not happy with what has recently happened. We get how Kardashian thinks Odom should not have started drinking so soon. It’s barely been a year since he was hospitalized for several strokes and kidney failure. Odom’s condition at that time was nearly fatal and took a toll on Kardashian who was still married to him back then.

It’s understood why Kardashian does not want Odom in that condition once again. Just like us, Kardashian feels Odom should not take his “second chance” for granted. And, this is not the first time Kardashian has expressed her concerns about Odom’s damaging habits. On April 11, Khloe Kardashian’s Instagram shared an emotional photo, where the 31-year-old reality star penned a long cryptic message on her failed love life with the L. A. Lakers forward.

Taking into account all that Kardashian has shared with us so far, we feel that Odom should not ignore it and should take care of his health. In fact, things were going great in January, when Kardashian told a tabloid, “I’m just there to support and care for him. But, he is doing amazing.” People were also glad to see Khloe Kardashian and Lamar Odom together in the recent episodes of Keeping Up With The Kardashians. If you remember, it all began in the last season of this reality show and the world found out about Odom’s health. In October 2015, Odom was critically hospitalized after falling unconscious at the Love Rance brothel in Nevada. He fell into coma and was even placed on life support when his kidneys had failed due to multiple strokes. Soon after the incident, Khloe Kardashian filed for a divorce from Lamar Odom after finding out his drinking problems were gravely deteriorating their life.

Take a look at these photos circulating over the Internet showing Lamar Odom’s condition when he was hospitalized, and also the recent pictures where he was spotted drinking.

When God gives out second chances I wouldn’t chance it. But we are all human. What bothers me about the #kardashians is they try so hard to be private and want private lives but they used this man that they did not wanna mumble a word about for a payday and views !! You #kardashians are HORRIBLE women I can’t even begin to see how people look up to y’all everything from shaving ya ass to half dead #lamarodom y’all put on tv but get mad when people won’t let y’all have a min of privacy. Now I see why #lamarodom was drinking last night. Cause y’all @khloekardashian specially you violated the code of trust and then put it on tv for the world to see. Smh y’all should be embarrassed ????

@tmz_tv reports Lamar Odom swore to Khloe Kardashian he would not drink or do drugs after he nearly died from an OD last year … but repeatedly he did not and probably could not keep his word, most recently as today. Lamar was at the Beverly Center Sunday afternoon. As his friend shopped for shoes, Lamar retreated to a bar inside the mall, and went for the Cognac. He shmoozed it up with a few women, dropped $60 cash and beat a hasty retreat. ????X17online.com #lamarodom #Kuwtk #KhloeKardashian