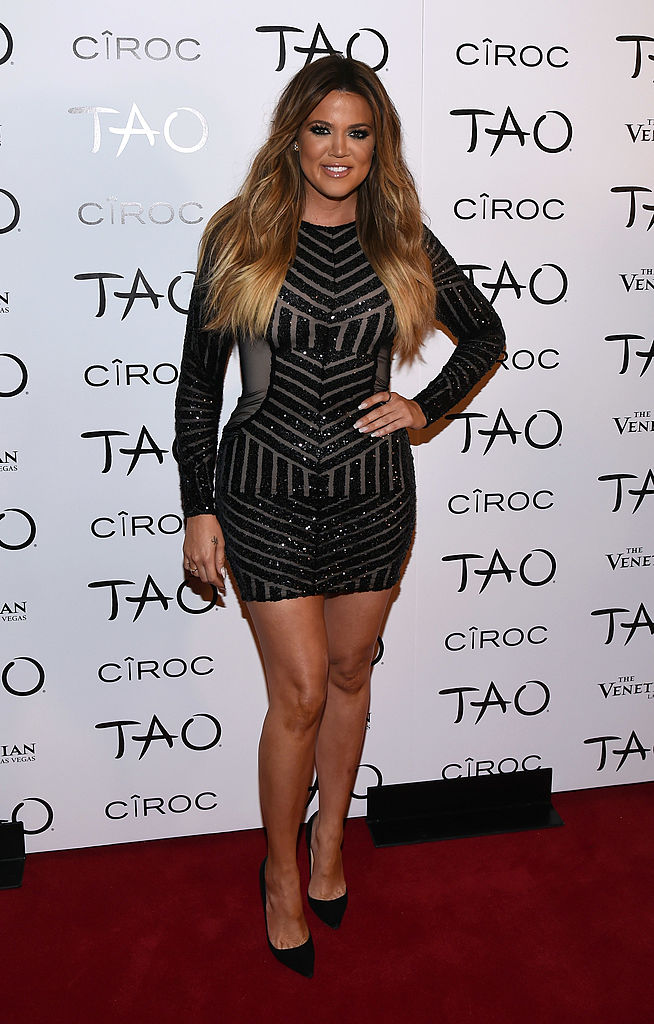 While not as high an amount as her sister Kim, Khloé Kardashian’s net worth is $25 million, which is still an impressive bank balance. With her continued television appearances and strategic branding, she and the rest of the Kardashian family stand to continue their incredible success well into 2016. She also has her relationship with Houston Rocket James Harden to enjoy, though she hit a speed bump in late 2015 due to another NBA star she cared for.

Khloé Kardashian’s fame, like the rest of the Kardashian family, came from riding the coattails of Kim’s infamous sex tape. The tape eventually led to her and the entire family starring in the reality series Keeping Up with the Kardashians (KUWTK), which still airs to this day and has led to a variety of spin-offs. Kardashian reportedly makes around $40,000 per episode of KUWTK alone, which doesn’t include the extra income from the other television series it has spawned.

That isn’t to say that Khloé Kardashian’s television career consists entirely of shows based around her family. She has done many guest appearances on popular television series, including 90210, Punk’d, and Law & Order. She has also made extended appearances on The Celebrity Apprentice, Fashion Police, and The X Factor, on which she served as co-host for one season.

In addition, 2016 will debut two new shows starring the member of the Kardashian family. The first, Kocktails with Khloé, will premiere on January 20 on the FYI network and feature the socialite as a talk show host speaking on a variety of topics with her guests. In regards to the show, Kardashian has said, “I’m lucky that I’ve been able to invite fans into my life and home on a weekly basis and this show will give me an opportunity to continue to do that with new and exciting guests.” The second series, Revenge Body with Khloé Kardashian, is a six-episode reality show in which each episode has two people getting makeovers, both inside and out, to get back at personal losses, such as being dumped or fired.

Outside of television, Khloé Kardashian’s net worth is still growing. Alongside her sisters, Kim and Kourtney, she has opened three DASH clothing boutiques in the U.S.; the Hollywood location got its own reality show spun off of KUWTK, Dash Dolls, but the Kardashian family only make guest appearances rather than starring on it full-time. She has also put her name behind several clothing lines and fragrances, including two unisex ones called “Unbreakable” and “Unbreakable Joy.” She has also released two books in collaboration with her sisters: the autobiography Kardashian Konfidential, and Dollhouse, a fictional story about a family who shares more than a few similarities to their own. In November 2015, she released her own book titled Strong Looks Better Naked, which features personal stories about relationships and self-image, and includes her own recipes, advice, and anecdotes for living a stronger, happier life.

Khloé Kardashian has even been a radio host with The Mix Up with Khloé Kardashian Odom, an hour-long, commercial-free show where she had guests and took requests. This was surely a good learning experience, one that she will likely apply to her upcoming talk show!

While more than a little morbid, Khloé Kardashian’s net worth stands to rise even more from someone’s death—she is reportedly entitled to an additional $10 million should her ex-husband, former NBA star Lamar Odom, pass away. The couple filed for divorce in late 2013 and signed the papers in mid-2015, but had yet to receive final approval when Odom was found unconscious in a brothel in Nevada and fell into a short coma. Kardashian withdrew the divorce petition so she could help Odom make medical decisions. As of this writing, Odom has been released from the hospital and the divorce is still incomplete, leaving Khloé Kardashian as his sole beneficiary.

As we said at the start, Khloé Kardashian does not have the portfolio of her sister Kim. But that’s not a bad thing, as she has left her own unique footprint in Hollywood. And 2016 looks to continue this trend as she undertakes new television ventures and more, not to mention continuing episodes of KUWTK. Look for Khloé Kardashian’s net worth to rise in 2016 as the celebrity and her equally famous family continue to establish their dominance in the entertainment industry.