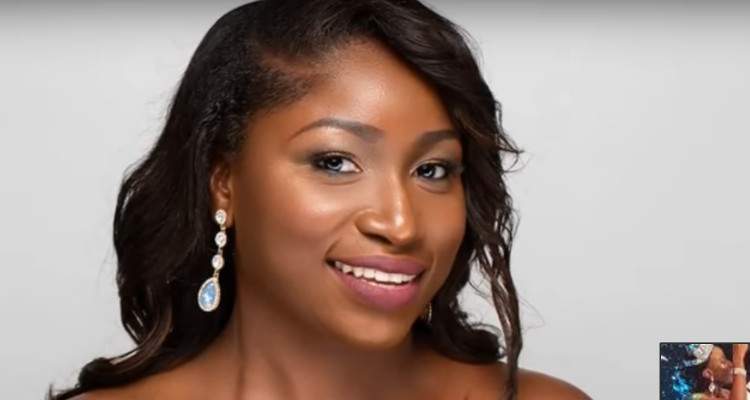 Though she was considered the underdog, Khephra Sylvester came out to win the Miss British Virgin Islands 2017 title. Now, she has a shot at winning Miss Universe 2017. Sylvester believes that her education and social responsibilities are the most important things in her life, and is preparing to serve both in the years to come.

Khephra Sylvester is on top of the world right now and looking at the future with great enthusiasm. Why not? She won the Miss British Virgin Islands 2017 crown on August 6, 2017. Thanks to her win, Sylvester will now represent her country in the Miss Universe 2017 pageant on November 26, 2017. This year’s pageant will be the 66th edition and will be held at The AXIS at Planet Hollywood in Las Vegas. Sylvester is the lucky woman who has the honor of representing her country. We have some details from Khephra Sylvester’s wiki right here.

Winner Takes it All

Born on June 29, 1992, in Tortola, British Virgin Islands, Khephra Sylvester’s age is 25. By winning the Miss British Virgin Islands 2017 pageant, she became famous all over the country, and has handled the situation with her customary charm and grace, and stayed true to the Beauty with Purpose; Evolution of Pride and Culture theme. For her win, she was gifted $20,000 for education, $5,000 cash, jewelry, and a 2017 Toyota Yaris. Not only did Sylvester win the pageant, she also won in the Best Intellect and Best Interview categories.

Hello Universe! Thank you to everyone who have added support to my journey, I am forever grateful for your encouragement. #missuniverse #missbvi2017 #confidentlybeautiful #beautyqueenlife #pageantlife #halstonheritage #fashion #missuniverse2017

Sylvester said that she was touched hearing the judges acknowledge her achievements, “It means everything that I was able to put my best foot forward and rise above the negativity.” She admitted that taking part in the Miss Universe pageant was always a dream for her, and she was eager to show her best at the world stage. However, she first wanted to graduate from Midwestern State University at Texas, “I want to finish my accounting degree. I did make a start, and I definitely want that to be my next goal.”

Flowing through life. "There is no passion to be found playing small – in settling for a life that is less than the one you are capable of living." N.M #confidentlybeautiful #missuniverse #missuniverse2017 #sherrihill #gown

With regards to what she wanted to do first, Sylvester replied in jest, “My first step is definitely to get some chocolate cake, because this journey has made me go on a crazy crash diet, and I am dying to taste some real food.” She is not just about glamour and looks, but has a socially sensitive side to her as well. She cares deeply about victims of domestic violence and wants to partner with the Family Support Network to help them as much as she can. If she wins Miss Universe 2017, Sylvester will have a global stage to work for the social causes she supports.

The Whole World Is Her Stage

There is no information about Khephra Sylvester’s boyfriend so we cannot confirm whether or not she is single. Those who want to see Khephra Sylvester’s hot pics should head over to her social media pages. Though Khephra Sylvester’s Instagram account is not flooded with photos, the ones she posted are undoubtedly stunning. She has the looks, smarts, and with the support of the people of the British Virgin Islands, she is likely to cause a commotion at the Miss Universe 2017 pageant.

Firstly, Thank you God for sparing my life and all the lives of my beautiful BVIslanders. I am truly grateful for all of your support, love and prayers. We are warm, loving and a welcoming bunch here in the BVI and due to the devastation of Hurricane Irma, most of us have lost everything. However, we are working hard to make an incredible come back. As Miss Universe British Virgin Islands 2017, I hope I can continue to represent my people and thank all of you for your support and encouragement. Please continue to pray for us. Love always?? ❤❤❤?? Khephra

Behind the scenes of a fantastic photoshoot. Looking forward to #missuniverse2017 and hand reaching in fast motion, whilst feeling #confidentlybeautiful . Thank you to @cortezvernon @rockgorgeoushair @joshxpearl and my sweet @kenzierudeness ❤❤❤