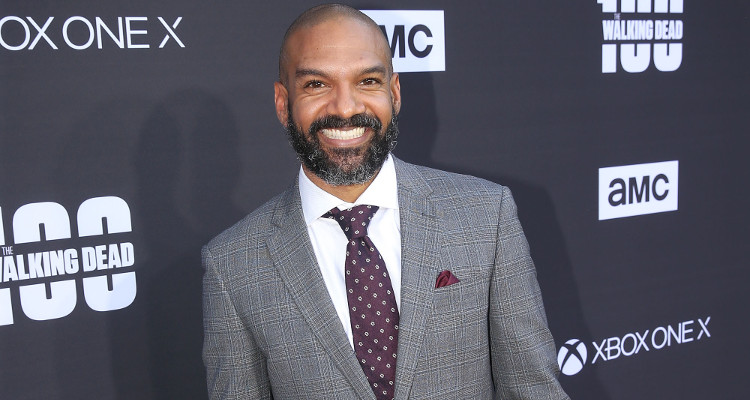 Khary Payton is an American actor and a renowned voice artist. In his former years, the actor has lent his vocals to the DC comics character Cyborb for series of films and video games. The actor is also known for his performance as Dr. Terrell Jackson on the ABC daytime show General Hospital. Recently, he has received much acclaim for his role as king Ezekiel in The Walking Dead series. If you’ve always wanted to know who plays King Ezekiel on The Walking Dead and more, read Khary Payton’s wiki here.

Khary Payton The Walking Dead star has played several characters on television as well as in films. He carries more than 130 acting credits to his name with his most memorable pieces of work including General Hospital, Criminal Minds, CSI: Miami, Hannah Montana, How I Met Your Mother, Medium, The Shield, Walker and Texas Ranger. Off late, the star is receiving massive acclaim for his role as King Ezekiel on The Walking Dead series. The bold character was introduced rather late in season 7 but has quickly gone on to win many fans.

Apart from his dynamics with Carol and his undying bond with his pet tiger Shiva, King Ezekiel shows an array of shades that are intriguing for the audiences. Season 8 mainly airs his fight against the Saviors, through episodes titled ‘Mercy,’ ‘The Dammed,’ ‘Monsters’ and the highly emotional ‘Some Guy.’ The latter sees Ezekiel lose several of his countrymen and his pet Tiger Shiva also sacrificing his life to save his master in a deadly fight against the Saviors. Payton himself exclaimed that the latest episode was emotionally challenging for him as an actor. He is, however, sure that the king of the kingdom will not have to bow down in shame in the upcoming episodes of The Walking Dead.

His work as a Voice Artist

Khary Payton is as well known for his voice as he is for his live work. The American actor has lent his vocals to several characters in Teen Titans, Young Justice, Batman: Arkham City, The Lion Guard, Big Hero 6, Ben Ten, Transformers: Robots in Disguise, Loonatics Unleashed, Street Sharks and more. His most famous voice is that of DC comics character Cyborg as appearing in Justice League, and the Teen Titans Go! Khary Payton’s voices and animated characterizations have also won him a nomination for the BTVA Voice Acting Awards in a category of Best Male Lead Vocal Performance in a TV series. You can also catch his voice in video games like Marvel: Ultimate Alliance and Dead or Alive: Xtreme 2. Owing to his voice work and his stellar live performances, Khary Payton’s net worth is estimated to be $4 million and growing.

Khary Payton’s aged 45 years as of today and is a high ranking star of American television. He was born on May 16, 1972, in Augusta, Georgia, USA. He is said to have caught a fancy for acting in high school where he began doing stand-up comedy. The star graduated from Southern Methodist University in Dallas, Texas after which he performed in several Dallas Theatre Center productions as an actor. The actor has since then gone on to do thousands of voice characterizations and has played many roles on television as well as on the big screen. He has won five Behind the Voice Actors Awards and has also been critically appreciated for his onscreen performances.

Payton was earlier married to actress Linda Braddock, who he later divorced in 2009. He is currently married to Stacy Reed Payton. Khary Payton’s wife is also a well-appreciated actor and is most known for her roles in The Job, Engaging Peter, and Anatomy of Hope. The couple has two children.

Khary Payton’s portrayal as King Ezekiel has been nothing but astounding. The gripping episode of ‘Some Guy’ shows beautiful visuals and stunning characterizations that cannot be missed. After an emotionally wrecking trail of changes, fans cannot wait to see what Season 8 of The Walking Dead has in store for them!