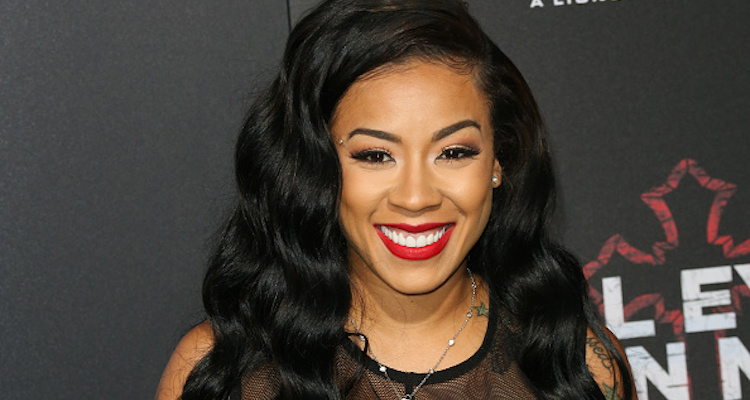 R&B singer and reality star, Keyshia Cole has been a little under the radar for the past few years, despite the fact that she’s been consistently recording new music and has a total of six studio albums under her belt. The highly talented singer has never really been absent from the music industry, as she’s collaborated with countless famous artists including Beyoncé, Selena Gomez, and even Justin Bieber just to name a few. Knowing this, along with the fact that she was once married to NBA all-star Daniel Gibson, it’s kind of hard to believe that we haven’t been seeing a lot of Keyshia Cole in the public eye outside of reality TV. Under the wing of a different record company, Epic, and with the release of her highly anticipated new album, 11:11 Reset, due out later in 2017, Keyshia Cole is making a huge comeback into the mainstream consciousness. Earlier this year, Keyshia Cole dropped the first hit single from the album, a new song called You (2017) and fans are already speculating that the hard-hitting track is about her ex-husband.

Despite the amount of critical acclaim and fan appreciation Keyshia Cole is receiving after having released several songs from her new album, she’s still hesitant about releasing it completely to the public and has a very valid reason for this. Right now, she’s in the midst of a painful divorce and, to make the situation more awkward and difficult on her, she still shares a home with her ex-husband, Daniel Gibson. Considering that the new album is about their tumultuous relationship, it’s not too farfetched to think that there’s some tension between the two, but Keyshia has admitted that they’re trying to make the best of the situation for their seven-year-old son, Daniel Gibson Jr.

On top of all of that drama, Keyshia will appear in the latest season of Love & Hip Hop: Hollywood, which premiered on Monday night. It seems like she is currently focusing all of her attention and energy on the show, which means that the fate of her new album hangs in the balance. When Keyshia Cole was asked why she’s decided to postpone the release date of her 2017 album, the singer/songwriter expressed a deep-seated fear of exposing it too soon.

In an exclusive radio interview with Power 106 FM, Keyshia made the following statement: “I think that right now I’m so afraid of putting this album out. I’ve recorded so many songs, I promise you and I want this album to be so perfect and, honestly, I wish Love & Hip Hop wasn’t happening in two weeks, that way I could have more time…and I have to put something out and I just don’t know, I’m so scared, I’m afraid.”

Considering the raw and emotional nature of Keyshia Cole’s new album, her apprehension and hesitation to release it is completely understandable. In fact, the subject matter is akin to that of Adele’s debut album, 19 (2008). It deals with the unbelievable heartbreak that follows the abrupt end of a failed long-term relationship and all of the hurt and anger that goes along with that while simultaneously trying to let go and move on. Anyone who’s ever been unlucky in love or had their heart broken can relate to the conflicting whirlwind of emotions that this new album will embody. Here’s the clincher, though: Keyshia Cole is still experiencing everything that she sings about on the album and her current vulnerability could be a major contributing factor to the delayed release date of the album.

In the meantime, at least Keyshia Cole has given us a little bit of ear candy from the new album to satisfy our appetites and our curiosity!