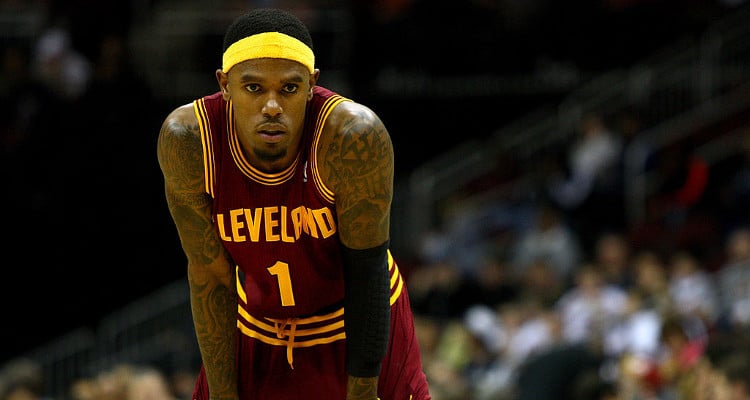 Singer Keyshia Cole is on the reality TV show, Love & Hip Hop Hollywood. The surprising news is that she is still living with her estranged husband, former basketball player Daniel Gibson. Although the two are no longer together, they decided on their current living arrangement in order to co-parent their son, Daniel Hiram Gibson Jr. If you are wondering who Keyshia Cole’s husband is, take a look at Daniel Gibson’s wiki.

Born Daniel Booby Hiram Gibson Sr. on February 27, 1986, which makes Daniel Gibson’s age 31. He was born in Houston, Texas to Cheryl Gibson and Byron Gibson, a basketball player for the University of Houston. Daniel Gibson followed in his father’s footsteps and played professionally in the NBA.

Daniel Gibson’s Net Worth and History with the Cleveland Cavaliers

In 2015, Gibson retired from basketball. But throughout his career has earned a net worth of approximately $11.0 million. He played for the Cleveland Cavaliers as a guard. The Cavs selected him as the 42 overall pick in the 2006 draft and he had a very successful career with them spanning seven seasons.

In 2008, Gibson signed a five-year contract worth around $21.0 million. That same year, he was named the NBA Rookie Challenge MVP. While in high school, he scored an averaged of over 25 points per game and, during his senior year, won the Texas Class 4A state title. For two seasons, Gibson played as a guard for the University of Texas Longhorns. While in college, he was voted the Big 12 Freshman of the year. He played with the Cleveland Cavaliers until 2013, but did not officially retire until 2015, when he announced that he would be leaving the NBA to focus on his rap career.

In May 2009, Daniel Gibson started dating singer Keyshia Cole. The couple got engaged in January 2010 and on March 2, 2010, welcomed their first child, a son named Daniel Hiram “DJ” Gibson Jr. into their family. The couple walked down the aisle on May 21, 2011, in a small affair attended by close friends and family. However, they renewed their vows in September 2011 in Hawaii.

While talking about her marriage, Cole tweeted, “My husband wanted me to have my dream wedding so he flew all of our family members here. He’s giving me something I will never forget! Amazing.” Their wedding was filmed and aired on their reality show, Keyshia and Daniel: Family First in 2012.

Two years after their fairy tale wedding, Cole announced in an interview that she and Gibson broke up. There were rumors that Gibson cheated on her, which the basketball player later confirmed in an interview, “There was an incident in the inside of our relationship where I was unfaithful to Keyshia. We tried to work it out like most people do.” He further added, “When that happened between me and Keyshia —that wasn’t even publicized. Everything else was publicized between the two of us but that was something that we tried to work through.” As of now, Gibson and Cole’s divorce has not been finalized.