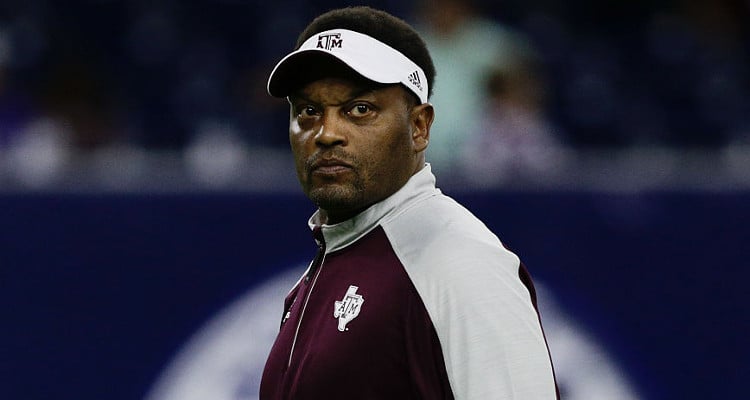 Texas A&M University’s head football coach, Kevin Sumlin, received some seriously racist hate mail this week. Shocked at what was inside, Sumlin’s wife, Charlene, took to Twitter and posted an image of the letter that was delivered directly to their home. She’s made it clear this is not to be tolerated. If you want to know more about Kevin Sumlin’s wife, take a look at Charlene Sumlin’s wiki.

As with any sport, fans get really invested in football and there’s always a sore loser somewhere. While some people move on, others go to extremes; like writing a hate letter to a coach and sending it to his home. This is what happened to Kevin Sumlin, who is the head coach at Texas A&M University.

Charlene Sumlin, the wife of Kevin Sumlin, tweeted an image of the racist letter with the caption: “People of 2017: please tell me how any part of this is ok. And to the sender: did it occur to you that a child may open it?#orelseWHAT?”

People of 2017: please tell me how any part of this is ok. And to the sender: did it occur to you that a child may open it?#orelseWHAT? pic.twitter.com/Co1s2Hb94r

The letter read, “You suck as a coach! You are a n****r and can’t win! Please get lost! Or else.” The return address is in Houston Country Club in Houston. Their daughter, Shelby, who currently attends Texas A&M commented on the photo saying, “Imagine being a kid & reading this bs abt [sic] your dad. Things ‘fans’ say gets taken personal by more than just the coach. Humanity isn’t hard.”

Kevin Sumlin faced a lot of criticism after Texas A&M’s season opening loss on Sunday at UCLA. Though many called for the coach to be fired after the game, nobody expected a fan to stoop to this level! After Charlene shared the letter on Twitter Thursday night, Texas A&M President Michael Young and athletic director Scott Woodward acknowledged it in a statement which read, “There is no excuse for hatred and, as a community, we will not allow the ignorance of some to intimidate any member of our community. On behalf of all Aggies, our thoughts are with Coach Sumlin and his family, and we will do all that we can to ensure their safety. We are working with law enforcement authorities to bring the sender of this letter to justice. We stand with the Sumlins and will not accept this inexcusable act of hate.”

An investigation into who sent the letter has begun. The Sumlin family is currently facing a hard time, but Charlene Sumlin will not be silent about the issue. If you want to know more about Kevin Sumlin’s wife, then keep reading.

When your grown daughter becomes your amiga, you have hit the mom jackpot. I ❤️U my island girl @CourtneySumlin pic.twitter.com/iUTSzfegR1

Unlike her husband, Charlene tends to stay out of the limelight. As of now, there are no details about Charlene Sumlin’s age, or much about her personal life.

In an interview, Kevin revealed that he met his beautiful wife in Minneapolis when he was coaching for Minnesota. They met through mutual friends, and their friendship soon grew into a something more. The couple tied the knot and started a family. Kevin and Charlene Sumlin’s kids are Joey, Jackson, Shelby, and Courtney.

Aggies in the Holy Land 2.0! Met Ryan (class of '19) at the Notre Dame Centre this morning. Jerusalem. Gig Em! pic.twitter.com/W7oGV7USRt

Kevin once said, “A lot of people would probably find it difficult, and it is difficult. It’s probably been hardest on (Charlene). The original move from Minneapolis, because her parents are there, to West Lafayette, was probably the hardest. And then they’ve all been hard because she’s a person who develops friendships and is not isolated. They become part of the community. She has friends at all the stops.”

In fact, a few years ago, Charlene revealed that she was happy to be back in Texas saying, “What about the Aggie Spirit? You’ve been through this before. I missed it. I missed it. I’m so excited. I can’t wait to jump back into the yells. I love it. I missed it. We’re very excited!”