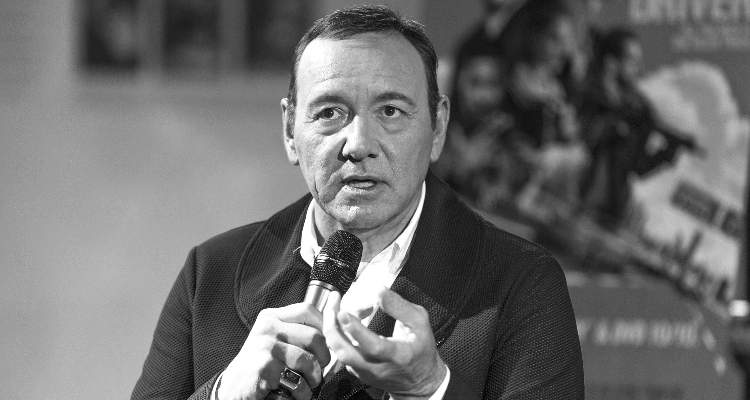 Once a celebrated actor, Kevin Spacey found himself shunned by Hollywood following sexual misconduct allegations. Since the accusations surfaced a few months ago, Spacey sightings have been scarce and it seems the actor is laying low. But with his absence, fans are growing curious wondering what Kevin Spacey is doing now. Will he ever act again? Where is Kevin Spacey now? We’ve got some details here.

In October 2017, Anthony Rapp came forward with sexual misconduct accusations against Kevin Spacey. The House of Cards actor attempted to deflect the attention by coming out as gay. The backlash was immediate and Spacey has been seemingly shunned from Hollywood ever since. Netflix is taking a cue from director Ridley Scott and replacing Spacey in their original series’ flag-bearer, House of Cards. While studios are severing ties with the disgraced actor, some wonder: Where is Kevin Spacey now?

Last year, Ridley Scott replaced Kevin Spacey with Christopher Plummer, convinced Michelle Williams and Mark Wahlberg to come in for reshoots, and remade the J. Paul Getty biopic, All the Money in the World, cutting out Spacey entirely. And, he did it all in time for the scheduled release! Wow!

After Kevin Spacey “gaysplained” his sexual misconduct allegations, more accusers have come forward against the actor. The slew of allegations have had bold ramifications for Spacey’s career.

Netflix fired him from their popular show, House of Cards and announced the upcoming season would be its last. The Netflix movie Gore (based on famous writer, Gore Vidal) starring Spacey was scrapped. After the scandal, Spacey’s accolades and honors were canceled.

After the acclaim of All the Money in the World, Netflix decided on the fate of House of Cards. Spacey played Frank Underwood, a ruthless politician-turned-president. It was the show that defined Netflix’s venture into producing original online content.

House of Cards became the first online series to make a mark in the TV landscape with its Emmy wins. After firing Spacey, production on the final season was halted until they could decide how to continue without Frank Underwood.

After three months of suspense, Netflix resumed filming House of Cards with leading lady, Robin Wright. But she won’t be alone. The streaming giant brought in award-winning star power to replace Spacey.

Enter Diane Lane and Greg Kinnear. The Oscar-nominated actors join the cast of the final season. Their roles are unspecified and it’s not known how the show will tackle Frank Underwood’s absence. Nevertheless, fans are excited about Robin Wright getting the limelight now.

While House of Cards moves on without Frank Underwood, Spacey has slipped under the radar. According to reports, he is taking the time “to seek evaluation and treatment.”

Days after Spacey’s rep made the statement, pictures surfaced of the actor in rehab. Clad in a hoodie, baseball cap, and sunglasses, the 58-year-old was photographed at The Meadows rehab clinic in Arizona.

Other than the pictures of a rehabbing Spacey in November 2017, his whereabouts in 2018 are unknown. While London authorities investigate the accusations against him, he’s escaping the heat by laying low.

Ridley Scott said he hasn’t heard from the actor since he recast him as J. Paul Getty. He added the actor went “underground” and he has no inclination to get in touch with Spacey again.