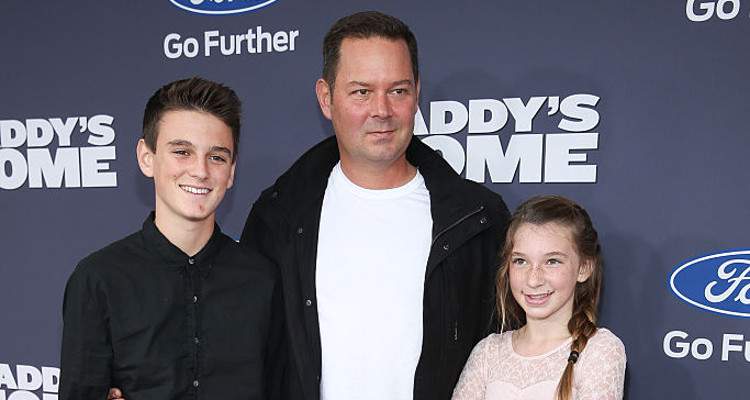 Jill Messick’s ex-husband is a famous film and TV producer who has a long list of projects to his credit. Several of his films are currently in various stages of production, and he has a slew of movies lined up for release in 2018. He is also producing the TV series, Succession which will air later this year. Right now, Messick is taking care of his two children, Jackson and Ava, after their mother’s suicide left the family in shock.

The fallout from Harvey Weinstein’s sexual assault scandal continues as Jill Messick, former manager of actress Rose McGowan, committed suicide on February 7, 2018, shocking all of Hollywood. McGowan alleged that she was raped by Weinstein in 1997 and was highly critical of Messick’s role in the incident. Messick was 50 years old when she died in Los Angeles, California.

Jill Messick’s suicide put the spotlight on her family as they point fingers at Weinstein, McGowan, the media, and the public for her death. People are curious to know more about the Hollywood executive and film producer, including Jill Messick’s ex-husband Kevin Messick.

There is not much information on Kevin Messick, but we do know that he has been working in Hollywood as a writer and producer for at least the last two decades. He produced films like Surviving the Game, Batman Forever, The Babysitter, A Lot Like Love, The Answer Man, The Other Guys, Tammy, Get Hard, The Big Short, Daddy’s Home, The Boss, and Masterminds.

He was the executive producer on the two Jack Reacher films starring Tom Cruise, based on the books written by thriller writer Lee Child. Messick has two films currently in post-production, Ibiza and Backseat, one that is in pre-production, Crook County, and an additional two that were recently announced, Hansel & Gretel: Witch Hunters 2, and Bad Blood.

Kevin Messick is also a producer for the TV series Succession, which is scheduled to air sometime in 2018. The drama is about a fictional dysfunctional global-media family, and the first season will consist of 10 episodes that will air on HBO.

Been There, Done That

This is not the first time Messick will work on TV shows. In 2014 he served as an executive producer for one episode of Bad Judge, titled “Face Mask Mom.” He was also mentioned in the credits of the TV movie Donald Trump’s the Art of the Deal: The Movie with a “special thanks.”

Messick has two children from his marriage to Jill, Jackson and Ava. Right now, he is dealing with the tragedy of losing his ex-wife, and focused on getting their children through the devastating news of their mother’s suicide. Our condolences are with their family at this time.