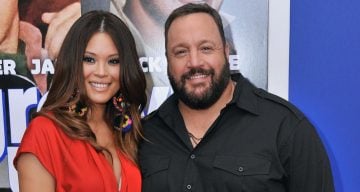 Steffiana de la Cruz is a model, actress, wife, and mother. She is the quiet but powerful force behind husband Kevin James’ professional and personal success, and he has acknowledged this several times in public as well. With a healthy net worth of $5.0 million, de la Cruz is a beautiful and smart foil to James’ funny guy persona.

Thanks to the success of the CBS sitcom, Kevin Can Wait, actor Kevin James is basking in the limelight! But he would be the first person to agree that his beautiful wife, Steffiana de la Cruz, is a big reason for it.

De la Cruz started off her career as a fashion model in New York before trying her hand at acting. She has appeared on the show, King of Queens (1998-2007), several times. James played the main character of Doug Heffernan in the CBS series, which was a fan favorite for years.

Steffiana de la Cruz’s nationality is American. She has been married to Kevin James for more than 13 years now.

De la Cruz was previously in a relationship with late actor, Chris Penn. The couple was together from 1993 to 1999.

Liking Each Other at First Sight

Steffiana de la Cruz met Kevin James on a blind date set up by his interior designer in 2002. The couple met and took notice of the instant chemistry between them.

In fact, they liked being with each other so much, that three months after their first meeting, de la Cruz moved in with James and they started living together! 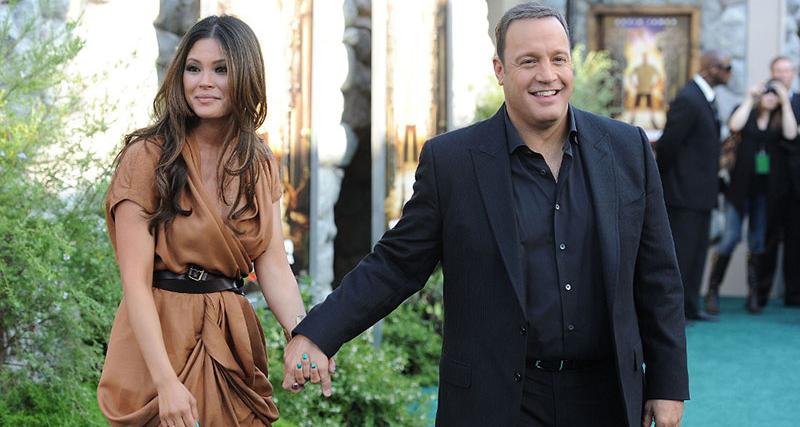 After dating for a couple of years, de la Cruz and James decided that they wanted to be with each other for the rest of their lives. They were engaged by fall 2003.

The couple got married on June 19, 2004, at St. Edward the Confessor Catholic Church in Dana Point, California. The reception was held at the Montage Resort in Laguna Beach, California.

A Happy and Warm Family

Gary Valentine is an American actor, comedian, and writer. He also appears in the TV series, Kevin Can Wait.

In an industry where long successful marriages are the exception rather than the norm, de la Cruz’s marriage with James stands out for the good understanding they have between them.

James has acknowledged several times in public that his wife and family are the inspiration behind his work and success.

In fact, the actor shared a photo of de la Cruz kissing him on social media with the caption, “My incredible wife…13 years today!!! DEO GRATIAS!”

The Latin phrase means “Thanks be to God.”

She worked in TV as well, and appeared in several episodes of the series, The King of Queens, including “Eddie Money,” “Damned Yanky,” “Black List,” and “Affair Trade.”

De la Cruz has appeared in several other TV series like Pacific Blue and Die Gang, along with films like Zookeeper, Stealing Harvard, Cement, Redemption, and Soulkeeper.

Even though her husband has a healthy net worth of $80.0 million, de la Cruz doesn’t depend on him financially because she is a woman of independent means.

A Woman of Independent Income

According to sources, de la Cruz has an estimated net worth of $5.0 million, which she has earned from her acting, ads, sponsorship, and endorsements.

When it comes to money, James’ wife has a sharp eye.

While James is an outgoing and outspoken person who likes to be with people, his wife is the opposite.

De la Cruz is a private person and doesn’t like to be in the spotlight. She tries to spend as much time as she can caring for James and their four children. And she’s not active on social media either.

While Kevin James is having a great run in his career right now, it is Steffiana de la Cruz who supports him in all his endeavors. These two are serious #couplesgoals!