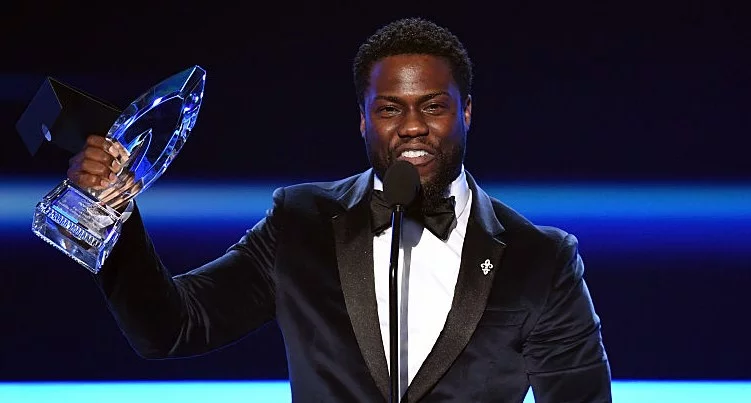 Undisputedly, Kevin Hart is one of the funniest people in Hollywood since 1999, but there is more to the him than just the label of “comedian.” Hart is a father of two and also engaged to his longtime girlfriend, Eniko Parrish.

Recently the 36-year-old posted a rather dapper photo of himself and his dog to Instagram. Along with the caption, “I’m on my “Nino Brown” shit tonight…Dressed to impress!!! [sic],” he added the hashtags, “comedicrockstarshit,” “ThatBoyCanDress,” and “MyDobermanIsaPoser.” Gaining over 140,000 likes in less than an hour, Hart won a lot of hearts. His followers wrote things like, “Very very slick, love you.” Others poked fun at Hart’s 5’2” height saying, “That dog must be taller than you standing up [sic],” and, “It would be funny seeing you next to a great dane.”

Prior to this post, Hart also shared a funny announcement, alerting fans of a beard in progress! He shared a short video of a closeup of himself, simply saying, “I’m growing a beard. Alert,” over and over again. And in the caption he said, “New growth alert lmao…” Jokes on his height continued, with comments like, “Ok kev you starting to look like an adult now.” Even the hashtag, “GrownLittleManShit” caught the attention of a few fans which left them in tears!

However, many congratulations are in order for Hart as he has been touring internationally for his What Now Tour since April this year, until the very end of March 2016. What’s more, he starred in two films this year, has four releasing next year, and one in 2017. Not only that, his television appearances include “Real Husbands of Hollywood,” for which he is an executive producer, writer, and co-creator. Phew! That’s a lot on Hart’s plate, who still somehow finds the time to be a great dad.