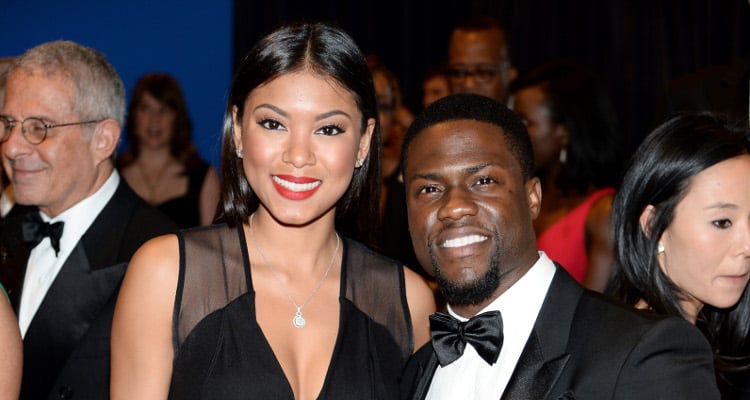 Comedian Kevin Hart is being trolled on Instagram after he shared a photo of him and his wife, Eniko Parrish, heading for GQ‘s Men of the Year party.

Kevin Hart is one of the most well-known comedians in Hollywood today. However, the Think Like a Man star’s short stature is almost as famous as his comedic timing. The 37-year-old actor’s height is only 5′ 4″ and has made him the butt of many jokes on social media, especially when compared to his new wife, Eniko Parrish, who stands at 5′ 7″. The latest in a long line of running gags is the post Hart shared with his 45 million Instagram followers, where 32-year-old beauty is seen towering over her husband.

Parrish looks ravishing in a chic metallic mini dress standing beside the Get Hard actor. Hart looks equally sharp in a white and black striped jacket, as the attractive couple strikes a pose with the caption, “Headed to the @gq party in style with my ‘Rib.'” As soon as he uploaded the photo, fans began trolling the comedian making comments about his height and suggesting that he might need heels to match his wife’s towering frame.