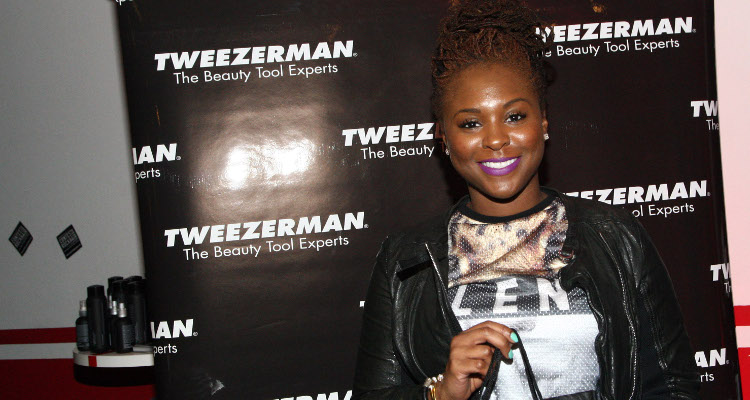 Torrei Hart was married to comedic actor, Kevin Hart before they split. He’s married to Eniko Parrish now, but Torrei is throwing some massive shade on Kevin Hart’s pregnant wife.

She may have been married to one of the funniest actors in Hollywood, but Torrei Hart is not laughing off her ex-husband’s deeds. Kevin Hart’s ex-wife is accusing him of cheating on her during their marriage. It’s Torrei Hart vs Kevin Hart and Eniko Parrish now. Find out about their divorce and Hart’s accusations in Torrei Hart’s wiki.

Kevin isn’t the only one who can make people laugh! Torrei is a riot herself and to prove it, check out her YouTube channel, Pretty Funny Fish. Together with Simon Shepherd, she posts funny sketches. Besides making people laugh, Torrei is famous for her versatile talents.

Born in Philadelphia and raised in New Jersey, she studied arts and acting at a young age and performed funny acts for her friends at Winslow Township High School. She also acted in high school plays until her graduation.

After graduating high school, Torrei went to Community College of Philadelphia where she met a budding comedian named Kevin Hart. Kevin briefly attended classes there before moving to New York. Torrei and Kevin dated and found a mutual passion for comedy and a Hollywood career.

To make their dreams come true, they dropped out of college and moved to Los Angeles. Kevin’s acting and comedy career took off splendidly. But Torrei had a slow start in the audition circuit. She had small roles in movies like Soul Plane and The Captive. But it was the short film, Victim of Circumstance, which she wrote and produced, that gained her critical acclaim. The 39-year-old filmed national commercials for eBay and Toyota and had a role on Nickelodeon’s Parental Discretion.

Kevin and Torrei got married in 2003 and have two children, Heather and Hendrix. By 2010, their marriage had soured and the divorced. Kevin requested joint custody of their children. He also refused to pay spousal support claiming that she made enough to support herself as a comedian. Torrei has a net worth of $3.0 million while Kevin has a net worth of $120.0 million.

They even took potshots at each other in their stand-up acts. Torrei accused his legal team of painting a negative image of her in the divorce proceedings. In 2013, reports of their divorce settlement made headlines. Torrei had to settle with the small sum of $175,000. But Kevin reportedly pays her child support every month.

And now she’s got some heated words for her ex and his current wife, Eniko Parrish. The argument stemmed from a post on Parrish’s Instagram that said she and Hart have been together for eight years. The problem, though, is that Kevin and Torrei divorced six years ago. How did the two years add up? Parrish responded to curious fans, “Their marriage was broken way before I came in the picture.. They were separated living in separate homes. I was never a secret.”

But Eniko didn’t stop there. She accused Torrei of playing “victim” by spreading cheating rumors. This prompted Torrei to respond to her on Instagram, “We have made successful strides to become a loving co parenting family, but you have now left it open for my character to be questioned. You, Kevin, and I know the truth.”

Torrei insists that she wants to get along with her fun-sized ex and his pregnant wife for the sake of the children. But it doesn’t mean Kevin and Eniko are free of the cheating allegations.