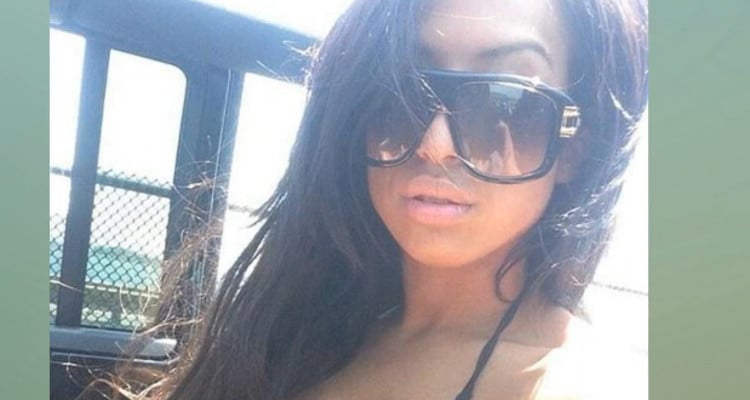 When Kevin Hart was in Las Vegas last month, he did not expect to be surrounded by so much controversy. According to sources, there is videotape out there of him and a stripper that someone is using to extort the actor out of millions of dollars. While Hart has publicly apologized to his pregnant wife, Eniko Parish, the FBI is reportedly investigating this case. The woman at the center of this scandal is 27-year-old Montia Sabbag.

In August 2017, Kevin Hart allegedly spent a “wild weekend” partying in Las Vegas with a sexy mystery woman. They reportedly just met, and the encounter ended in them sleeping together.

According to sources, someone filmed the couple being “sexually provocative,” which they used as an attempt to blackmail the comedian. People who saw the footage claim that it shows a couple having sex, and a man who looks like Kevin Hart walking around naked. What happened later seems to be a bit unclear, as Hart apologized to his wife and children in an Instagram post, and the FBI confirming that they are investigating an extortion attempt against the actor.

The mystery woman in the video is believed to be a 27-year-old stripper named Montia Sabbag, who was seen in with Hart in the alleged sex tape. So, who is this woman and what do we know about Montia Sabbag and Kevin Hart’s scandal? Here are a few details from Montia Sabbag’s wiki.

There are very few details about Sabbag at this time. She is believed to have been born in 1990 which makes her 27 years old. She is from California and is reportedly a stripper who books herself at clubs.

In the Montia Sabbag video, which is unclear and grainy, a couple is shown having sex and walking around in various stages of undress. Sabbag insists that she is not the woman with Hart in the leaked sex video.

According to the FBI, Hart received an extortion threat in the form of an email, where $10.0 million was demanded in exchange for the rights to the footage. Sabbag’s lawyer insists that her client neither filmed the video nor had anything to do with the extortion attempt.

All about the Money

Sabbag said that she is ready to prove her innocence by taking a lie detector test, but only if Hart paid her $420,000 to do so. She has not yet spoken on the Kevin Hart cheating scandal, but the news has already spread in Hollywood.

Hart posted an Instagram video where he apologized to his pregnant wife, Eniko Parish. Although he did not give details, likely due to the ongoing investigation, he did admit to putting himself in an environment where “only bad things could happen.”

He also confirmed that he was a target of an extortion attempt and said, “I’m not going to let a person have financial gain from my mistakes. In this particular situation, that’s what was attempted. I said I’d rather fess up to my mistakes.”

People are curious to know more about the woman rumored to be in the video, and are trying to see Montia Sabbag hot pics. But Montia Sabbag’s Instagram and Twitter accounts are private, so there is no way to check them out.

The alleged extortionist called Hart a liar even as the FBI investigates the multi-million dollar demand. Though it is believed that the woman in the sex video is Montia Sabbag, nothing about her being the accuser or linked to the financial demands has been confirmed. Still, Sabbag got herself a high-profile lawyer who denies that her client was in any way linked to this scandal.