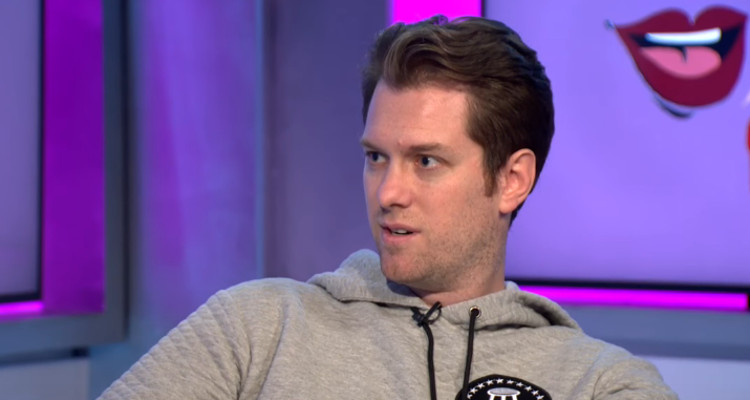 Barstool Sports host Kevin Clancy came clean about his infidelity on Twitter after KFC’s wife, Caitlin Nugent Clancy, posted about his cheating on her Instagram. The couple knows about the consequences of bringing their personal life out in public, and now fans want to know everything about KFC cheating on his wife while she was pregnant. So, keep reading to know more about Kevin Clancy’s wife in our Caitlin Nugent Clancy wiki.

Kevin Clancy, otherwise known as KFC by his fans, is a famous host and sports blogger, who is known for his sense of humor. But no one is laughing after his infidelity news spread like wildfire.

Who Is Caitlin Nugent Clancy?

Caitlin Nugent Clancy has been involved with the ad world since her graduation. She went to College of Holy Cross in Massachusetts, where she received her Bachelor of Arts degree. She specialized in psychology and economics and even spent one year after her graduation abroad at the National University of Ireland.

By 2007, Clancy worked as a media analyst at Warner Bros., after which she made the jump to Sony Pictures to work in advertising and sales. She also worked at AT&T as an account executive for U-Verse.

Clancy currently works at Turner Broadcasting as an account executive in the Greater New York Area.

Although we are unsure of how their love story began, it looks like the couple tied the knot in October 2014.

Happy birthday to my stunning wife @nugsito. From Tin Lizzie to St. Catharine to today, still as gorgeous and funny as the day I met you. Hbd boo

Kevin Clancy’s Instagram showcases some very loving pictures of the couple and their dogs before their kids were born.

Clancy even captioned one of the couples’ pictures saying, “Me and my lady and I couldn’t be happier #clugslove.”

Team Clancy at the church yesterday for #KeegsyFBaby’s Christening. This is my face as I explain to Shea how baptism washes away Original Sin. She didn’t get it. #SayKeegs #SheaGirlShea

All of my teams stink except for this one. This one is a Super Team. ???? #SheaGirlShea #KeegsyFBaby

It must have been a hard thing to do, but Caitlin Nugent Clancy’s Instagram lit up with comments after she posted about her husband’s infidelity.

She wrote, “Last night after I put my 2-year-old daughter and 6-month-old son to bed, I caught my husband sending messages to his mistress who he’s apparently been seeing since I was 8 months pregnant. Days before I gave birth, he was at a hotel in Manhattan with her. Days after I gave birth, he was then, too.”

Happy Mother's Day to the most incredible mom, most supportive wife, and most successful ad exec I know. @nugsito aka The Roommate aka Baby Mama aka Mom. She's either been pregnant or breast feeding or raising #SheaGirlShea for the last 2+ years and throughout it all she hasn't missed a beat at work or at home with me. Come July we'll have 2 under 2 (a third child if you count her clown of a husband running around the internet saying and doing God knows what) and the only reason I know we're gonna make it out alive is because she's at the helm. She's the GM of Clancy #PartyOfFour and she's the best in the game. Love you boo I'll never be able to thank you enough for all you do for me, Shea and our baby boy. And Duncan. Can't forget about the pooch. ?‍?‍?‍??‍?‍?‍??‍?‍?‍??‍?‍?‍????? PS – she doesn't even look pregnant! 8 months she's lookin ????

“The kind, funny, relatable family man I thought I married is clearly lower, more insecure and more disrespectful than I ever imagined….he’s already trashed her and dropped her like a hot potato behind her back so she’ll receive the same treatment I did. I never asked for my life and family to be so public, but since I know this is going to come out anyway, I wanted to set the truth [straight] before the public humiliation begins to accompany the private one I’m now dealing with,” she added.

Kevin Clancy then apologized to Caitlin Nugent Clancy on Twitter, confirming the infidelity and apologizing for his mistakes.

Was the Apology Enough?

Kevin Clancy owned up to his faults and was distraught in the video he posted of himself trying to make things right.

“I have ruined my marriage, my family, and my life because I acted selfishly, I acted like a coward and I behaved like a boy when I should’ve behaved like a man,” he said, adding that he deserves to be humiliated, which is what he is expecting after it became so public.

“I want to own up to it. I want to apologize and not run and hide from it,” he revealed.

Clancy even mentioned that he wants to keep his children out of the mess, which is why he won’t reveal the details of his extra-marital affair.