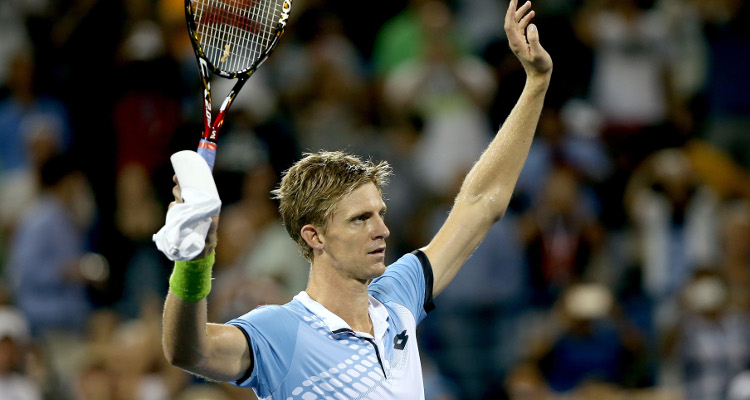 If you are a tennis fan then you know about the right-handed player and his glittering career. Kevin Anderson is known for his clean strokes, and has secured a good position for himself at the U.S. Open 2017. With Lotto as Kevin Anderson’s sponsor, we know there is a lot more to the player than just his game. We have all the details from Kevin Anderson’s wiki, so scroll down for facts to know about the tennis star.

#1. He Graduated from the University of Illinois

Kevin Anderson was born on May 18, 1986, in Johannesburg South Africa, but spent a lot of years in the U.S. where he went to school. He played his first professional match when he was a 17-year-old in South Africa. But after 2003, he moved to the States and attended the University of Illinois. While there, he played tennis for three seasons. Coach Brad Dancer was training him at the time, and stated about the player, “He got me out of bed every morning at six.” Anderson was dedicated from the start, and it paid off!

#2. The Start of a High-Flying Career

When Kevin Anderson was in his sophomore year, the National Doubles Championship saw him win with Ryan Rowe in the doubles championship. He even led Illinois to the finals, but lost to Georgia.

Do you recognize this famous @illinois1867 landmark? Had an amazing alumni weekend #illiniforlife #bleedorangeandblue #fightingillini #universityofillinois

Similar results were seen in matches between Virginia and Tennessee State, where Anderson could not see a win in either singles or doubles matches. But that did not stop him from training harder, and dreaming bigger.

He began playing in professional tournaments when he was 17, and earned a world ranking of No. 1178. At the time, Anderson won four main-draw matches and finished with a doubles ranking of No. 902. He was determined to do better, winning the Botswana F1, reaching the finals in South Africa’s F1, and semi finals in F2, improving his world rank to No. 665.

It's been a long journey, but hard work pays off #Top10 #childhooddream

In 2008, Kevin Anderson, with his height of 6’8” and lean build, entered his first Grand Slam. He saw a bit of success in his past, and was more than ready to face off against bigger names! He lost to Alejando Falla (world No. 84) in five sets, but still secured a better ranking of No.190 purely based on his skill.

Anderson caught a break at the Sony Ericsson Open in Florida, when he beat Novak Djokovic, his first win against a top 10 player. The Beijing Olympics saw Anderson as the South African rep, and with one win and two losses against Nicolás Almagro and David Ferrer in the doubles game, he was quickly reaching the top of the tennis ranks.

In 2011, Kevin Anderson reached the semifinals of the Brisbane International Tournament, but lost to Andy Roddick. He then went on to the Australian Open to lose in the first round, and at the Rogers Cup, defeated Pablo Andujar, and Andy Murray in an easy win, but lost in the third round to Stanislas Wawrinka.

At the 2015 Wimbledon, he lost three of five sets to Novak Djokovic, but became the ATP 250 champion in Winston-Salem. Soon, Anderson played the Japan Open, and though he lost to Gilles Muller, he was ranked No. 10 in the world. It was the first time in nearly 20 years that South African player earned a top 10 ranking. Currently, Anderson is ranked at No.32.

Anderson was to play the Chennai Open in 2016, but withdrew after he hurt his left knee. Next was the Australian Open, which he canceled due to a shoulder injury, resulting in ankle surgery.

These injuries slowed the champ down, and a string of losses were what he saw during the Madrid Open as well as the French Open. All was not lost, as Anderson still won some matches. But his losses quickly added up, and he slithered down the ranks.

Kelsey O’Neal was born on November, 11, 1986, in Illinois and is the daughter of Timothy and Lynn O’Neal. She was on the golf team at the University of Illinois, and her father was also a pro golfer. O’Neal worked at Ernst & Young in Assurance Services, and graduated from UIUC with Honors in Accountancy. The couple married in North Shore, Illinois, and the reception was Illini themed, with a Fighting Illini decelerated cake.

She calls herself a tour-wife now, and changed her last name to Anderson. The couple love dogs, and Kelsey tours with her husband. Though he has a pretty tight schedule, they manage to take a lot of trips together!

Can we keep him? ? #Australia #koala #downunder @moonlitsanctuary ??