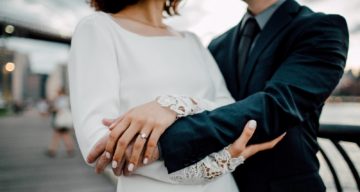 Kerri Amussen Cronk has been the anchor at KSTU Fox 13 for nearly three decades, and during that time, Salt Lake City residents have also had glimpses into her personal life. Her relationships have been more elusive to Fox 13 viewers, who have previously followed her bicycle accident and home break-in among other things. But the veteran anchor had major news to share in February 2022. After revealing she is dating Utah Jazz assistant coach Mike Wells, Cronk announced they are engaged. Now her followers want to know more about who Kerri Amussen Cronk’s boyfriend-turned-fiancé is. So we deep dive into his background in this Mike Wells wiki.

Mike Wells, who was born in 1970, hails from Mount Vernon, Ohio. Not much is known about his family, though he mentions one sister, Jenny Sheriff, on his Facebook.

After graduating from Mt. Vernon High School in 1988, he earned his BS in sports management from Mount Vernon Nazarene College in 1993. He later received his MSS in the same from United States Sports Academy in 1994.

Soon after, he began his coaching career. From 1994 to 2011, he was enlisted by NBA teams like the Rockets, Lakers, Spurs, and Wizards as an assistant coach, scout, and video coordinator.

In 2014, the Utah Jazz hired Mike Wells as assistant coach, and he has been with the NBA team since.

At the time Mike Wells was a collegiate coach, he was married to one Jacqueline Wells. Mike and Jacqueline are parents to two boys, Trenton (born September 18, 2007) and Troy (born October 2011).

After his divorce, Coach Mike began dating Kerri Amussen Cronk in 2017. They’ve since featured in each other’s social media pages often, but largely keep their relationship out of the spotlight.

The Fox 13 anchor, however, had amazing news for her followers. They were on a trip to Santa Barbara where Wells proposed to Cronk. She announced their engagement on her official social media on February 21.

The longtime KSTU personality was also previously married to one Kevin Cronk. Kerri and Kevin Cronk are parents to Tate and Carson Cronk.