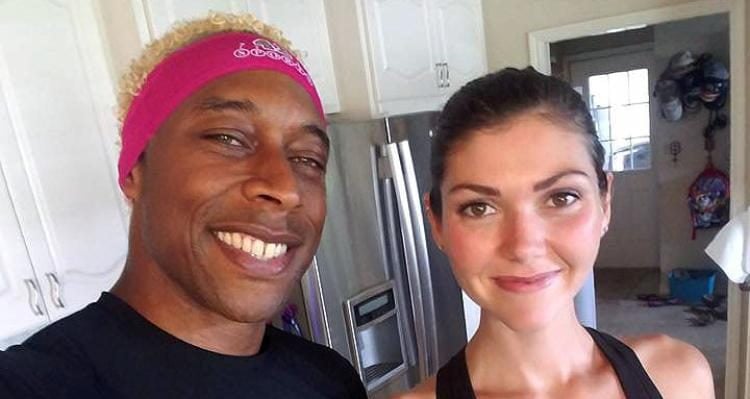 Who Was Keri McClanahan?

Keri McClanahan (who went by KC), 28, lived in Utah with her 46-year-old husband, who was a former Dallas Cowboys player in the mid-‘90s.

They were married on Saturday, January 14, 2017, at Galbraith Mountain Bike Park in Bellingham, Washington.

Both Anthony and Keri McClanahan had children from previous relationships. The ex-NFLer has a son named Easton, and his wife had two daughters.

It’s unclear who will take care of Keri McClanahan’s children. But, she does have parents and her sister, Heather Gauf.

“She was such an amazing mother and such a beautiful humanitarian,” Gauf said to The Salt Lake Tribune. “This is going to deeply affect my little niece and nephew, to know that their mother was murdered.”

My little girl isn't so little anymore. Happy Birthday Gracie. 12 years old. Wooooooo! I hope you have the best Birthday ever. Love you to the Top. Set go! Dad #41

How Was Keri McClanahan Killed?

On Thursday, November 2, Keri McClanahan was found dead due to knife wounds to her throat. Her husband was found crawling on the ground of their rental condominium at the Park Regency Resort in Park City.

According to police reports, he claimed that someone had attacked his family and their baby, but there was no baby in sight during the police search. Her body was found after someone “flagged down a patrol sergeant” to report a “ruckus” in the room.

A no-bail warrant was requested by the Utah Attorney General’s office. It was argued that McClanahan was a flight risk with no ties to the State of Utah and has a prior criminal charge for kidnapping his eight-year-old son when he picked him up from school in Arizona, without permission from the boy’s mother.

Gauf said she spoke with her sister the day before she died and claimed that Keri McClanahan had fled in the past and was planning to leave her husband. There had also been previous charges of domestic abuse, according to Gauf.

My wife started her new job at Honda today. I'm super excited and sad all in one. Sad that she won't be by my side every single second of the day. Excited because she deserves the best and will make top sells women in her first month. She is officially a rookie. Rookie of the year is coming. She has what it takes to win. Good luck running to the Top with her. Kc McClanahan you're the best. Woooooo! MVP, MVR Congratulations to the most amazing wife on the planet. Set go! #41- #Fitfamily #Tothetop #Wegotthis #TeamMcClanahan #Familybusiness #Hardworkpaysoff #Teamwork #Star

If you’re looking for Keri McClanahan’s pics, then you’re better off visiting her husband’s Instagram account. The pair has numerous photos of trips together and most recently, helping victims of natural disasters.

We are leaving downtown Houston as we got caught in a curfew last night and was forced to sleep in our truck. All hotels were sold out and the roads were blocked. We enjoy sleeping out side???? We are currently traveling 45 minutes East to take water to Cleveland Texas. We heard a little small Church was in need. Set go! #TothetopTexas41 #TeamMcClanahan Need help call – 360 603 8115 #TothetopTexas41 Our plan is to provide Water, Toiletries, Snacks, Hygiene products, Cleaning Supplies and Toys for the kids. We also do rescues. If you would like to help us please – Donate: #TothetopTexas41 or Click — THE Go Fund link – https://www.gofundme.com/to-the-top-texas-tothetoptexas41?utm_source=internal&utm_medium=email&utm_content=body_photo&utm_campaign=upd_n You can also goto PayPal – [email protected] Please Share. Thank you – #TothetopTexas41 Powered by – #TeamMcClanahan #Powerof14 #Fluidup #Eattolive #Eattoburn #Eatclean #Foodcures #Determination #Drive #Neverstop #Behappy #Pleaseshare #TothetopTexas41 #Passion To support Anthony's efforts – Please purchase a copy of the Power of 14 – Log onto – https://outskirtspress.com/Powerof14/ 100% of the proceeds goes to Texas – Shirts To purchase merchandise – www.get-dat-tee.com/41-sports-training/41-sports-tothetoptexas41-shirt

Keri McClanahan was considered a humanitarian. She and her husband were helping victims who were affected by hurricanes. And McClanahan even took to his Instagram a while back to praise his now-late wife.

“We are helping people one second at a time. My wife is the best partner a man could ask for. I thank you for your wisdom, knowledge, and ability to maneuver through any humanitarian situation possible. We have saved hundreds of people and more dogs, cats and horses that one could imagine. Let’s take it to the moon and back. I love you baby.”

Gauf said she plans to be at every court hearing and plans on painting her nails green, which was her sister’s favorite color.

So far, homicide charges haven’t been filed against Anthony McClanahan, and the case is being reviewed by the Summit County Attorney’s Office.