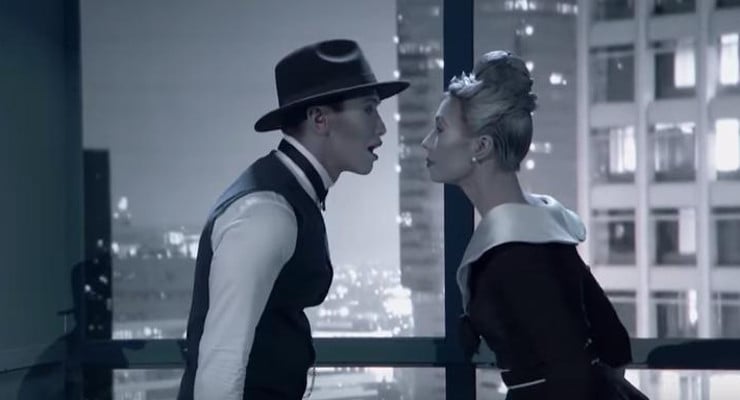 There is no shortage of talent in this world, and Jenifer Lopez sure knows how to put it to good use! The TV dance reality show World of Dance is produced by JLo and boy is there a spectacle of talent on stage! The competition is open to dancers across the globe, and the winner gets a shiny WoD trophy as well as —wait for it—$1.0 million! Keone and Mari are very well known for their urban style dance acts, and here’s everything you need to know about the pair in our Keone and Mari wiki.

Keone and Mari are on World of Dance, and the pair have proved that dance is more than just fluid movements. They put a sprinkle of fresh takes in all of their performances, and the urban dance styling they mastered is nothing short of amazing! If you’ve been following WoD then you know what we’re talking about. And if you are curious about the two dancers, then read on to all about the husband-wife duo, Keone and Mari, right here.

Who are Keone and Mari Madrid?

Keone Madrid was born on June 30, 1988, in San Diego, California. He is an American-Filipino dancer and choreographer. The 29-year-old was interested in dance from the age of 15 and pursued the art form ever since. He was a part of the groups Future Shock San Diego, Formality, and Culture Shock San Diego. The crew Choreo Cookies had him as a director and choreographer. Madrid is also well known for choreographing dances for Jasmine Villegas and Kim Hyun-Joong.

Here’s Keone with His Mom

Little boy with his hero. Happy Mother’s Day to my super mom

Mariel Martin, a.k.a Mari, was born on November 3, 1985, in San Diego, California as well. Just like her husband, she was into dancing from her childhood and began to pursue it when she was 13 years old. When she turned 17, she moved to San Francisco to join Funkanometry SF, a dance company. When she was 23 years old, destiny brought her to dance for Choreo Cookies, where Keone was a director. The couple got married after dating for one month and Mari wrote in an intimate article that “From the beginning, Keone and I always knew we wanted to marry each other. It was after a month of being together, sitting on the floor in my Oakland apartment where we confessed to a shared dream of marriage and having a family.”

Happy Father’s Day to my Papa. I thank God all the time for my Dad who is one of the most kind-hearted, supportive, constant, and quietly hilarious people I know. I would not be the woman I am without you. I love you Papa. Thank you for being the best Dad to us, both then and now.

Many of you may be wondering why these faces look so familiar. Well, if you take another look at Justin Beiber’s “Love Yourself” video, you’ll see that the dancers featured are none other than Keone and Mari. The video sparked so much attention and partial credit goes to the duo as well as the over four million views. They showcased their unusual style of dancing in the video which made people a fan of urban dance, and left fans wanting more. Since being together, Keone and Mari started posting on the Youtube channel, Keone and Mari.

Keone and Mari vs. Les Twins

For all you WoD fans out there, here’s the latest update from the competition: The divisional finals saw nothing less than a war, and all the dancers had come with ammo fully loaded! Only three acts would go to the finals and the upper division saw a battle between Keone and Mari and Les Twins. The crowd did not expect a retro performance from the husband and wife duo, who opened their act with a beautifully designed elevator set straight from the ’50s. They danced to Frank Sinatra no less, and stunned the audience as well as the judges. With movements that were a combination of breaks and fluidity, the couple looked like they were in a dream sequence and not on the WoD stage.

The next act was from Les Twins, and one of the brothers was reportedly injured after twisting his leg. But the pair used the accident to the best of their advantage, and a built a story revolving around a homeless man in a wheelchair, and a businessman who encounters him on the streets. The styling of their performance was very touching and captivating. The coordination between the twins is phenomenal, and they clearly brought their A game to the stage.

Now for the result of the dance battle; Les Twins were declared the winners and made it to the finals increasing their chances to win the competition. Many fans were utterly disappointed that Keone and Mari were not victorious, and some even went on to say that Les Twins did not deserve the win. However, both acts were clearly mesmerizing and it was definitely a difficult decision for the judges to make!

Watch the duo set the stage on fire below: