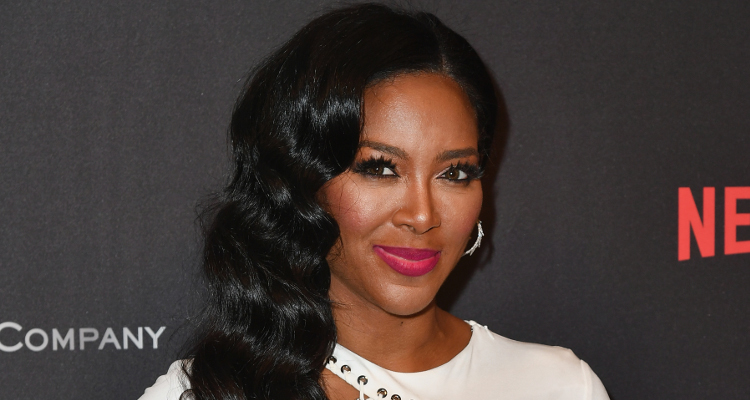 The Real Housewives of Atlanta star Kenya Moore allegedly got married to a mystery man on a Caribbean island. Is Kenya Moore really married? Who is Kenya Moore’s husband? We have the details about Kenya Moore’s alleged new man, right here.

Rumor has it that The Real Housewives of Atlanta star Kenya Moore walked down the aisle with her boyfriend in St. Lucia over the weekend! The news about the reality star getting married, along with photos of the ceremony, were uploaded by blogger Tamara Tattles. The photos appear to show Moore in a wedding dress during a beachside ceremony at the Anse Chastanet Resort. The blogger also revealed that she knows who Kenya Moore’s boyfriend is, writing:

“I have known about the man Kenya has been dating for around 8 months, and that it was becoming increasingly serious. I have known that she wanted to keep things very private and that she would not be sharing the relationship on the show. I know that he is age appropriate with adult children and that all of the drama playing out on TV was disturbing to her man and the family. So when she started posting photos from St. Lucia where it was evident that she was there with her man I assumed that she was just there doing what she usually does, going off on a Caribbean vacation before the laborious filming of RHOA starts.”

With Kenya Moore’s leaked wedding photos, the only question on everybody’s mind is: Who is Kenya Moore married to? It seems like the blogger decided to keep the identity of Moore’s husband a secret, as details about Moore’s new man have not been revealed. Though Tamara says that he will not be making an appearance on The Real Housewives of Atlanta, fans are hoping for confirmation of the news of her wedding, as well as a better glimpse of her mystery man!

Moore joined the RHOA cast during the show’s fifth season. At the time, she was said to be dating a man named Walter Jackson. However, their relationship was short-lived and the two had a nasty breakup. However, Jackson later revealed that Moore had asked him to pretend to be his boyfriend for the sake of the show.

Fans are wondering how Moore met her new man, considering no information about him, or an announcement of Kenya Moore’s engagement was made. However, if the news is true and The Real Housewives of Atlanta star is married, our congratulations go our to the happy couple, we just want to know more about Moore’s man!