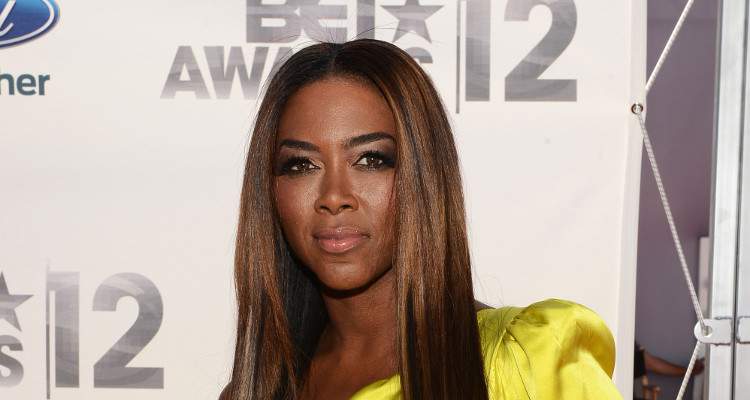 Kenya Moore has always been an achiever, who’s worked hard for everything she has. She appeared in films and TV shows as an actor, producer, and director; wrote a book; starred in her own exercise video; and looked great in a few music videos. Her fans love seeing her hot pics from her Instagram account and we’ve taken the liberty of scoping out some of her best!

While the entire Real Housewives of Atlanta cast contributes to making the show a hit, there is no doubt that the sexy Kenya Moore gives it its much-appreciated spice! The actress, producer, model, television personality, author, and entrepreneur is currently making a big impression on viewers.

She first gained fame as Miss USA 1993, and went on to compete in the Miss Universe pageant that year, where she placed in the top six. Since then, the sky was the limit as she went on to pursue her dreams. There seems to be very little that the ambitious Moore cannot do, and everything she touches seems to turn to gold.

Moore has had a varied career in showbiz with appearances in TV shows like The Fresh Prince of Bel-Air, Homeboys in Outer Space, Smart Guy, Sparks, In the House, Damon, The Steve Harvey Show, The Parent Hood, and Nubian Goddess.

She had roles in films like Senseless, Waiting to Exhale, Deliver Us from Eva, Trois, I Know Who Killed Me, Cloud 9, and Trapped: Haitian Nights.

From there, she went on to appear in music videos. Some of Kenya Moore’s video appearances are in Jermaine Dupree’s “Money Ain’t a Thang,” Shai’s “I Don’t Wanna Be Alone,” Nas’ “Sweet Dreams,” and Tupac’s “Temptations.”

#RHOA all new at 8/7pm tonight on @bravotv #KenyaMoore

The star has a strong fan following who love to see Kenya Moore’s hot pics. Those who want to feast their eyes on Kenya Moore’s sexy pics should head over to Kenya Moore’s Instagram account. It showcases her in sexy, revealing dresses, with her friends, colleagues, and idols like Martin Luther King Jr., Barack Obama, and Beyoncé.

It’s obvious that she loves to communicate with her fans and keep them informed of her latest ventures. Moore is almost 47 years old and still looks great! She works hard at maintaining her youthful looks, and it shows! We can continue to expect great things from her on RHOA.