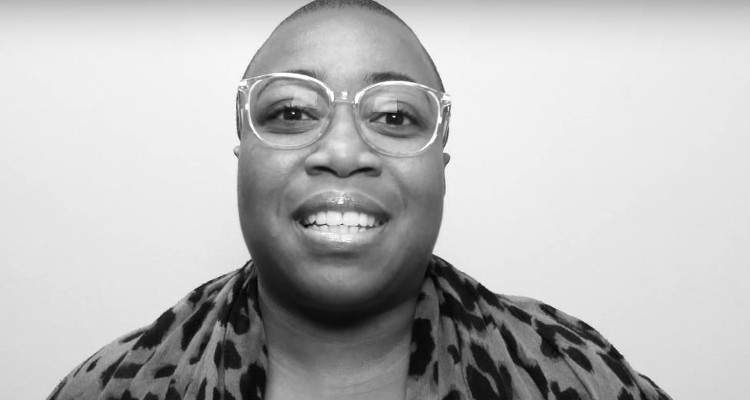 On the last episode of Project Runway, the contestants were under a lot of stress as they had to create New York Fashion Week collections. Unfortunately, Kenya Freeman’s work did not make the cut, and she was sent home. If you want to know more about her, then keep reading for everything about Kenya Freeman from Project Runway.

The competition is coming to an end for season 16 of Project Runway. Now only four contestants remain and have to work harder than ever to make sure they take home the prize.

The first part of the finale aired on November 9, 2017. The designers were handed $10,000 to come up with a 10-piece collection to present to the judges. And when Kenya Freeman presented her collection, the judges were not happy.

Zac Posen was of the view that Freeman’s clothes did not fit well. He said that the black dress she made kept moving as the model walked.

Heidi Klum understood that Freeman put a lot of effort into the dress. But she was not particularly happy with the silhouettes.

On the other hand, Nina Garcia added that there was an issue with styling.

After the judges looked at every collection, Kenya Freeman was sent home. She and her many fans were disappointed but proud that she made it so far into the competition.

With her creative designs and bubbly personality, Kenya Freeman from Project Runway made a lasting impression on the judges and other contestants. If you want to know more about the brilliant designer, then have a look at our Kenya Freeman wiki.

Kenya Freeman’s age is 38, and she was born in Norfolk, Virginia. It was in high school that she realized she wanted to work in fashion.

To pursue her dream, Freeman studied fashion merchandising and went on to get her bachelor’s degree in fashion design. She has almost 15 years of experience in the industry.

Kenya Freeman’s designer profile on Project Runway states that at the time, all she wanted was to look cute.

As a fashion designer, Freeman’s strength lies in tailored looks and women’s dresses. When it comes to her weakness as a designer, her troubles are with knits.

Kenya Freeman’s family always knew how passionate she was about designing and often told her to audition for Project Runway.

When Freeman was asked about the team challenge, she said, “Love and hate them. It’s cool when you’re paired with people who can hold their own weight, but can it can be devastating when you have to pick up the slack from someone else and could potentially be sent away because of that person.”

Freeman said about her experience on the show, “It was so many things – it was great, it was emotionally draining, it was fantastic, it was exciting and stressful, I’ve never absorbed so much caffeine, I’ve never gotten up so early – it was a lot of things. A very unique experience like no other and just to say that I am now a part of the Project Runway family at this point is something few can say.”

Freeman is the lead designer and creative genius behind the Sylvia Mollie brand.

According to its website, the brand “was started in Atlanta, GA and recognized as a high-end ready-to-wear women’s clothing line designed for classy women seeking an edgy look and conservative appeal. The look at Sylvia Mollie is what we like to identify as “classy trendy.” Creating modern classic looks without an expiration date, Sylvia Mollie specializes in a collection of garments from dresses to tailored pants, blouses, skirts, and jackets. Mainly, targeting women who are city dwellers, trendsetters, and fashion conscious.”

Although Freeman is no longer on Project Runway, many fans still love and appreciate her work. It was a sad sight to see her leave, especially with only one episode left in the season.

Freeman is an amazing designer who loves peplum tops and takes inspiration from everything around her. If you want to look at her work and life, then make sure you follow Kenya Freeman’s Instagram account.

The second part of the Project Runway season 16 finale will air next Thursday, November 16, at 9:00 p.m. EST on Lifetime.