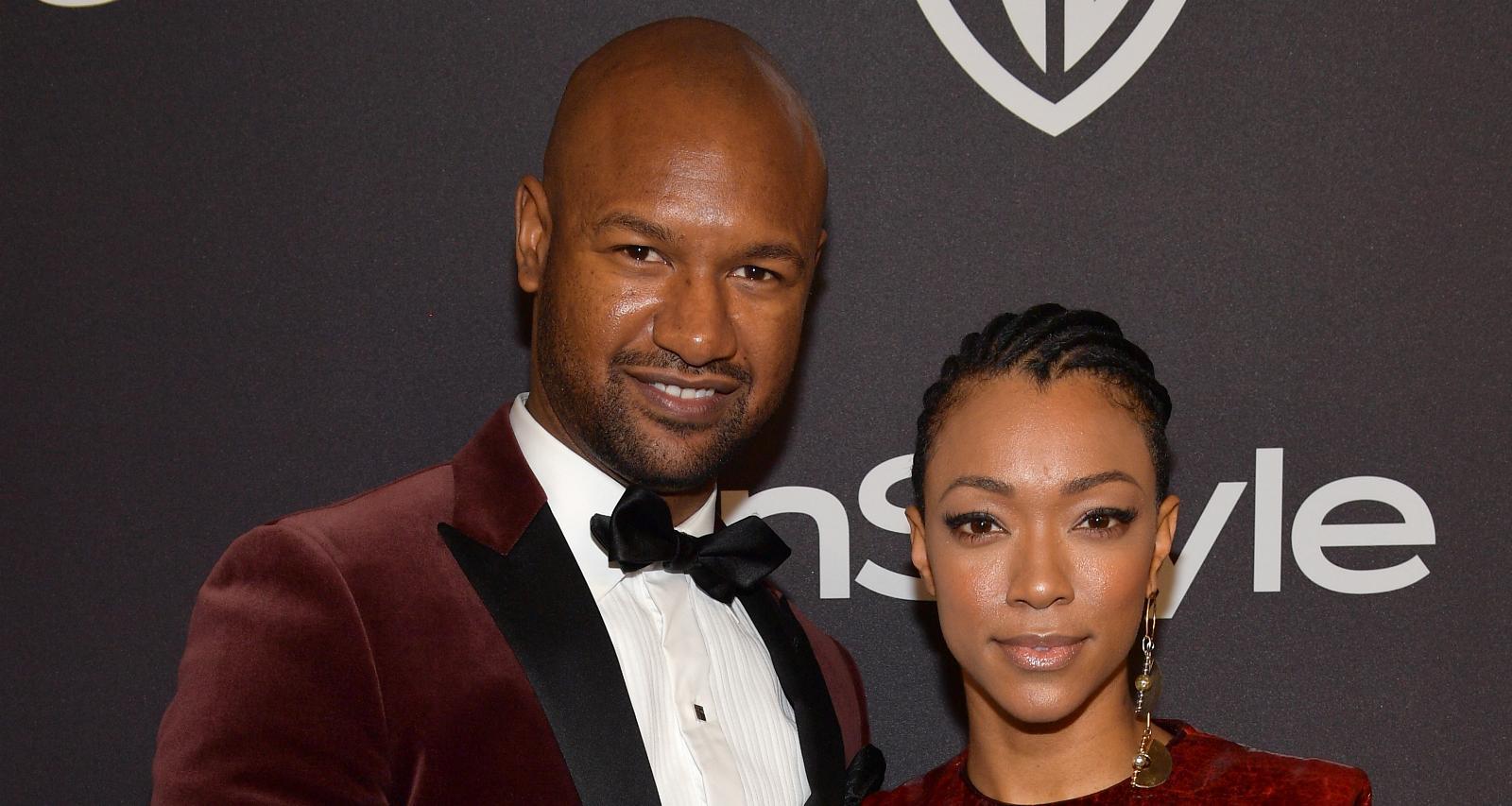 Sonequa Martin-Green left the zombie apocalypse for the USS Enterprise in 2017, when she became the first black woman to lead a Star Trek cast in Star Trek: Discovery. Her departure from The Walking Dead was sad not just for Sasha fans, but also for those who loved seeing the actress alongside her real-life husband, Kenric Green, aka TWD’s Scott. But this #RelationshipGoals couple couldn’t stay far on screen too long. Kenric Green is going to join his wife in Star Trek: Discovery in an unspecified role. What better way to celebrate their on-screen reunion than our Kenric Green wiki!

Kenric Green celebrates his birthday on March 31. The 36-year-old was born in 1982 in Detroit, Michigan, where his family is from.

His family relocated to California, where he grew up in Upland. He graduated from Upland High School in 2000.

He is the youngest child born to his parents. He has two sisters, Alayna and Rukaiyah, and a brother, Kenneth.

He Played Basketball in High School

Growing up, Green became hooked on basketball after he was introduced to the sport in the third grade. For the better part of his youth, he aspired for a basketball career.

However, his dreams to play in the NBA came to an abrupt halt when he was in his sophomore year of high school. By his own admission, he had a natural gift to play basketball, but he didn’t hone his talent by training.

He thought he could play pro basketball in the future on his natural talent alone, until he realized he was not as strong as his basketball peers. So he gave up on basketball and switched gears to acting.

Green hasn’t left basketball completely. His Instagram shows he still gets together with his buddies to play and it also keeps him fit.

Also Read: Everything You Need to Know about Ross Marquand from The Walking Dead

He Studied Theater in College

When he was a senior in high school, Green’s best friend suggested they try out for the school’s production of Guys and Dolls. Green was cast in the musical and fell in love with the stage.

He caught the acting bug while performing in the senior production. He got further encouragement when one man from the audience came up to him after the play and said,“Of all the people on that stage, I could tell you’re the actor.”

That man’s words left an impression on young Kenric, who then decided to give acting a try. He took up theater at Mt. San Antonio College in Walnut, California, where he took his first acting class.

About his alma mater, Green said, “I decided to go to Mt. SAC to take some beginning acting classes to see if it was something I really was interested in. I had a wonderful time participating in the classes and productions while I was there. The best thing about the department is that you get opportunities to work on roles and productions that you otherwise would have no business doing in the real world and I think it’s important to get that experience when you’re first starting out.”

He later realized that many of the seasoned actors who inspire him studied in New York. So he moved to New York where he studied theater at the American Musical and Dramatic Academy. At the same time, he worked in theater productions on the East Coast.

Green expanded into acting in front of a camera soon enough. He’s, of course, well known as Scott on The Walking Dead, where he’s appeared since 2015. His acting credits also include Hawaii-Five-0 and The Originals.

He has written and produced shorts like On the Bridge and the web series, Wed-Locked.

He Met Sonequa in a Play

Sonequa Martin and Kenric Green were working on a production of Fetch Clay, Make Man at the McCarter Theater in Princeton, New Jersey some years ago. They met while working together and love soon blossomed.

They tied the knot on December 4, 2010, fresh off the success of her breakout movie, Toe to Toe. Sonequa was cast on TWD as the sniper Sasha in 2012. In 2015, her husband was cast on the show as Scott.

Martin-Green was pregnant with their first child while filming TWD season 5. The show covered up her pregnant belly with thick layers of clothing, bigger guns, and walkers.

While Sasha was grappling with the zombie apocalypse, Martin-Green and her husband welcomed their son, Kenric Justin Green II, or as they call him, K2, on January 10, 2015.

Unfortunately, Sasha was killed off of TWD in 2017. After a few recurring roles in other shows, Sonequa bagged the lead role in Star Trek: Discovery. And now, Kenric is heading to the USS Enterprise, too. His role isn’t specified yet, but we’re excited for them to share screen space again.

And they certainly love working together. Most recently, the couple made an appearance together on an episode of Green’s Wed-Locked.

Shortly after they got married, Martin-Green’s mother was diagnosed with cancer. Her mother is a three-time cancer survivor and her sister is in remission. Her family history with the disease has made Sonequa a champion of cancer research and awareness, and her husband supports the cause, too.

Martin-Green has changed her lifestyle, saying, “I’m learning that there’s a very vital link between food and disease.” Sonequa and Kenric adopted a vegan diet to stay healthy.

The TWD stars display their love on each other’s Instagram, but Martin-Green is not above using the power of social media to keep her husband fit. Green, like a lot of us, has had an on-and-off battle with getting in shape. But Sonequa, who showed her morning workout routine on Elle last year, was determined to get her husband into shape.

So I’ve had a real ON again OFF again relationship with “getting in shape” over the last 5 years. I would let thing after thing, excuse after excuse derail my consistency. No one bore witness to that more than @therealsonequa So at the beginning of May this year my wife decided to hold my feet to the fire by saying “On August 15th I’m posting a picture of you without a shirt whether you’re ready or not” ??? Hahahaha!!! We push each other, make deals, even playfully threaten (haha) each other to help the other reach a goal or breakthrough to the next level. Needless to say that was the push I needed to start getting more serious and consistent about my fitness journey. I’m definitely not where I want to be yet and I certainly didn’t do things perfectly these last 3.5 months but I’m happy with the progress and I’m grateful to @therealsonequa for weaponzing social media for the greater good, hahahaha!!! Some times all it takes is a good #digitalkickinthegroin to get cha goin ??

As Green shared in a 2018 Instagram post, “at the beginning of May this year my wife decided to hold my feet to the fire by saying ‘On August 15th I’m posting a picture of you without a shirt whether you’re ready or not.’” That drove Green to stick to his routine and get into shape. Come August, Green was sporting a buff body on Instagram.

Also Read: 5 Facts to Know about Cooper Andrews from The Walking Dead