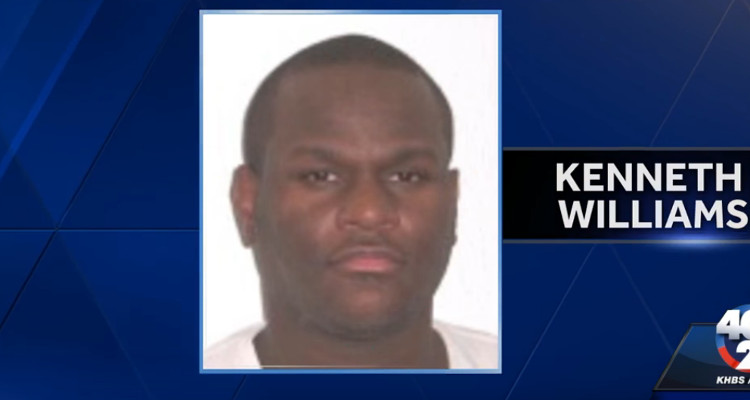 The state of Arkansas followed through on their execution of four inmates in eight days. One of the executed inmates was Kenneth Williams. The execution was described as “horrifying” by his lawyer, who is demanding an investigation into the matter after Williams repeatedly convulsed during his execution. Here is what you need to know about the man, right here in our Kenneth Williams wiki.

Kenneth Williams is the fourth man to be executed in Arkansas over the past eight days. He was killed yesterday (April 27) by lethal injection, and pronounced dead at 11:05 p.m. local time. They had originally planned to execute eight inmates in 11 days as their supply of lethal injection drugs expires at the end of April, but four inmates won reprieves. However, Kenneth Williams’ death is raising questions about the nearly expired drugs, as during the execution, Williams was seen convulsing, coughing, jerking and lurch after he was given the injection. Who was Kenneth Williams? We have the details on the former inmate and information about Kenneth Williams’ crimes and death, right here.

Kenneth had a very tough childhood, as his mother was a drug addict and his father was abusive. He joined a street gang called the ‘Gangster Disciples’ when he was only nine. Two years after joining the gang, he was molested by another boy. In Kenneth’s mind, he wanted to be “the predator, not the prey,” so he kept a gun with him and began raping younger children.

When he was 16, Kenneth was sent to jail for his crimes, where he says he both inflicted and suffered violence. Once he was released, he was not reformed.

In 1998, Kenneth shot a 19-year-old cheerleader named Dominique “Nikki” Herd, and her friend Peter Robertson. Kenneth saw them taking pictures in the parking lot of a Bonanza Steak House and offered to take a picture for them. He then showed his gun to the teens and forced them into their car, making Peter stop at ATMs to withdrew cash, as well as taking their jewelry, cash, money, and credit cards. Kenneth directed them to a dead-end street and forced Peter to take pictures of Nikki with Kenneth, while Kenneth lifted Nikki’s dress, still demanding that Peter take pictures. Kenneth then shot both Nikki and Peter. Though Nikki did not make it, Peter was able to find help.

Three weeks after his sentence, Kenneth fled from jail. Once escaped, he robbed and killed 57-year-old Cecil Genie. Kenneth set out for Missouri, but was spotted by the police. In his attempt to evade them, he killed a 24-year-old water truck driver. Once caught, Kenneth was charged with murder and sentenced to death.

In May 2005, Kenneth wrote a letter to The Pine Buff Commercial saying, “I hit rock bottom, and most people would say that’s where I belong. People have always asked me, ‘Why did you kill those innocent people?’ I really didn’t know how to answer that question, until now.When you live a sinful life away from God, anything is possible. That includes mass murder. Learn from my mistakes.”

Kenneth stated in the letter that he found God in the four walls of his prison cell. He further confessed to the murders, also revealing that the day he killed Nikki, he shot another man (36-year-old Jerrell Jenkins) twice in the chest with a .357 caliber handgun.

In the letter, Kenneth further wrote, “I take full responsibility for my actions and whatever consequences my peers see fit. Without God being in my life, I never would have confessed to these crimes. I would have denied them until I went to my grave. I know that the embarrassment and shame that I brought upon my community is unacceptable and intolerable. As a community, we are supposed to love one another and work together as one. What we do as individuals reflects upon our communities.”

Kenneth Williams was executed by lethal injection on April 27, 2017. Media sources state that Williams convulsed, jerked and even lurched for over 10 to 20 seconds after the sedative was given to him, with witnesses describing the execution as “horrifying.” Many are arguing that it’s not surprising as there have been complications with the drug, midazolam, in the past, and this batch was on the brink of expiration. Kenneth’s attorney is reportedly calling for an investigation.